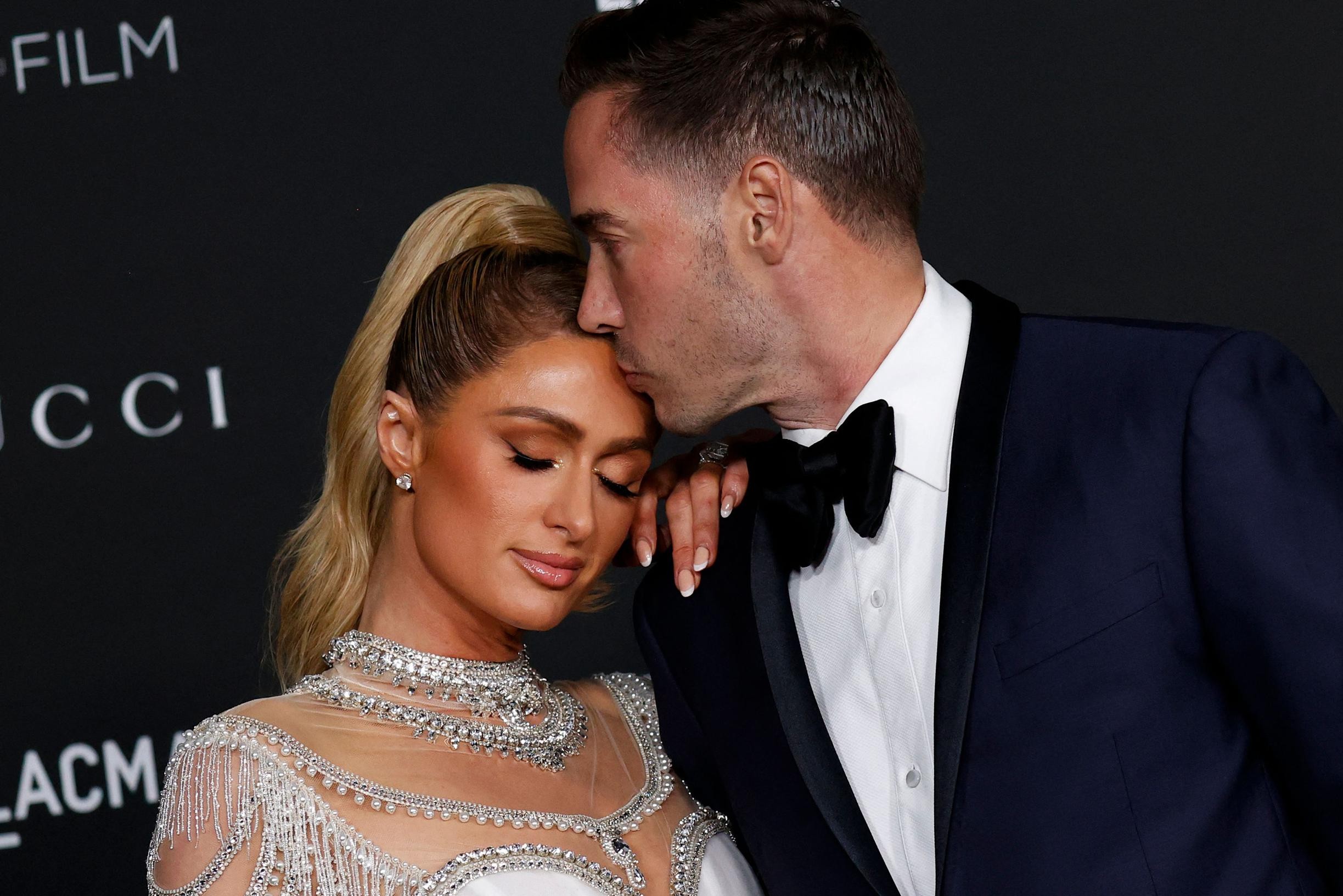 Paris Hilton is not someone who is satisfied with a classic wedding. The forty-year-old reality star was already engaged four times, but only gave her yes for the first time two days ago. She tied the knot with the American actor and entrepreneur Carter Reum (40). On Thursday, November 11, the festivities kicked off with a ceremony at a family estate in Bel Air, the exclusive neighborhood of Los Angeles. On the guest list: Kim Kardashian, Nicole Richie, Paula Abdul, Emma Roberts, Bebe Rexha, Meghan Trainor, Evan Ross, Ashlee Simpson,…

The hotel heiress walked down the aisle in a white Oscar de la Renta dress, but wore three more dresses later in the day. In total, she would wear ten different dresses during the three-day party.

“I had him (to Carter, ed.) told him not to cry, because then I would start crying and ruin my mascara before my walk (to the altar, ed.)Hilton wrote on her website after the ceremony. “Of course he did cry, but I think I started first.”

“It was a Cinderella moment and I knew I had found my true love,” said the reality star. “I had a glam refresh after, because if I was walking down the aisle with all that mascara running down my face, it would have been unbearable.”

I will always love you

Hilton also revealed that pop singer Kim Petras wrote the song Stars are blind, a song by Hilton herself, sang for the ceremony. Then she sang too I can’t help falling in love with you, a song by Elvis Presley,as Hilton walked down the aisle. At the reception, singer Demi Lovato . sang I will always love you, original by Dolly Parton but also best known in the version by Whitney Houston,as an opening dance. Hilton let it be known that she was a little nervous about dancing. “Carter and I are not good dancers, but we practiced for weeks and I think we did it!”

The festivities continued on Friday. That on the well-known Santa Monica Pier in Los Angeles on which a small amusement park is located. That was fully rented out for the occasion and renamed ‘Paris World’. While the hotel heiress still wore all white on Thursday, she stood on the pier in neon pink on Friday. Her guests were also colorfully dressed. DJ Diplo played music and the guests could win prizes, such as pillows with an image of Hilton on them, by playing games. The hotel heiress also thoroughly documented the entire party on her Instagram Stories.

According to specialized media, an extravagant wedding party is planned for Saturday. But there are no more details for the time being. For that, we will have to follow the reality star’s social media.

It was already clear that it was going to be a huge party. But for the guests, the whole event remained a secret for a long time. For example, the location of the wedding was changed a week ago. “They got married in a church, but they changed the venue a week ago,” a source told Page Six. For privacy reasons, the invitations did not specify a location in October and RSVPs were sent out again in early November, but again no address.

Hilton fans will also be able to follow the festivities. The 13-part series started on November 11 Paris in love on Peacock TV. That series will show all the preparations and festivities of the Hollywood wedding.

And between all those festivities, celebs and extravagance, there is also some room for romance. Several photos have already been distributed of Hilton and Reum kissing and hugging each other. Hilton himself also wrote eand first reflection on her website. “I have finally become the wife of the most charming prince!” she wrote.

Reum asked the reality star in February on a private island with a ring with a knoert of a diamond. It would have cost about 2 million dollars (1.75 million euros). The couple started dating in November 2019, but had known each other for about 15 years.