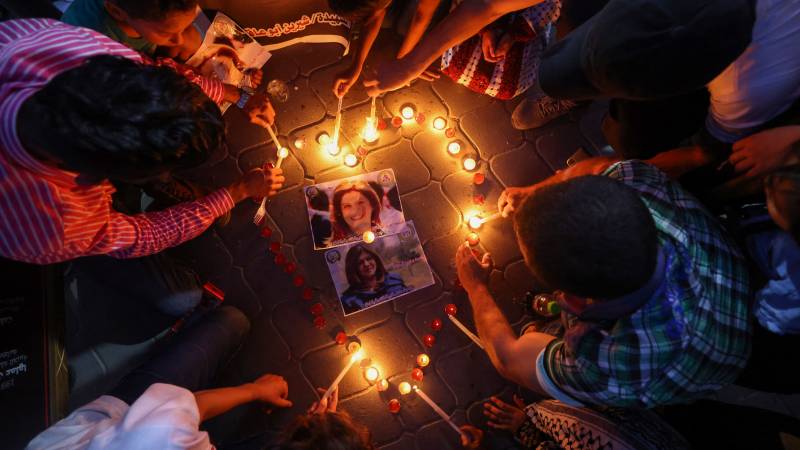 Israeli soldiers deliberately shot journalist Shireen Abu Akleh, Palestinian authorities conclude. The Palestinian Attorney General has released the results of the investigation into the death of the Al Jazeera journalist.

Abu Akleh, 51, was shot in the head on May 11. She was recognizable as a journalist at the time and was wearing protective clothing. The incident happened during an Israeli military raid on the city of Jenin in the Israeli-occupied West Bank.

“Only the occupying forces have fired with the aim of killing,” the Palestinian attorney general said at a news conference. According to him, there were no militants nearby, as the Israeli authorities say. The woman was shot while fleeing and the military gunmen must have seen that she was a journalist, the attorney general concluded.

The Israeli army strongly rejects the research results. Defense Secretary Gantz speaks of a “blatant lie”. According to the authorities, there are two options: the woman was hit by Palestinian militants, or accidentally by an Israeli soldier who wanted to take out such armed militants.

The army leadership thinks it knows which gun may have hit the journalist, AP reports. To be sure, the bullets must be compared and examined. But the Palestinian authorities refuse to hand over the bullets to Israel. That is why there is a stalemate: without a bullet it cannot be determined who fired the fatal shot.

CNN also recently concluded that Israeli soldiers have targeted Abu Akleh. The American news channel states that on the basis of conversations with experts, eyewitnesses and analysis of available audio and video.

This is a summary of that CNN report: