Owner of squatted Marnixstraat property makes a report: ‘They grab the wrong one’ 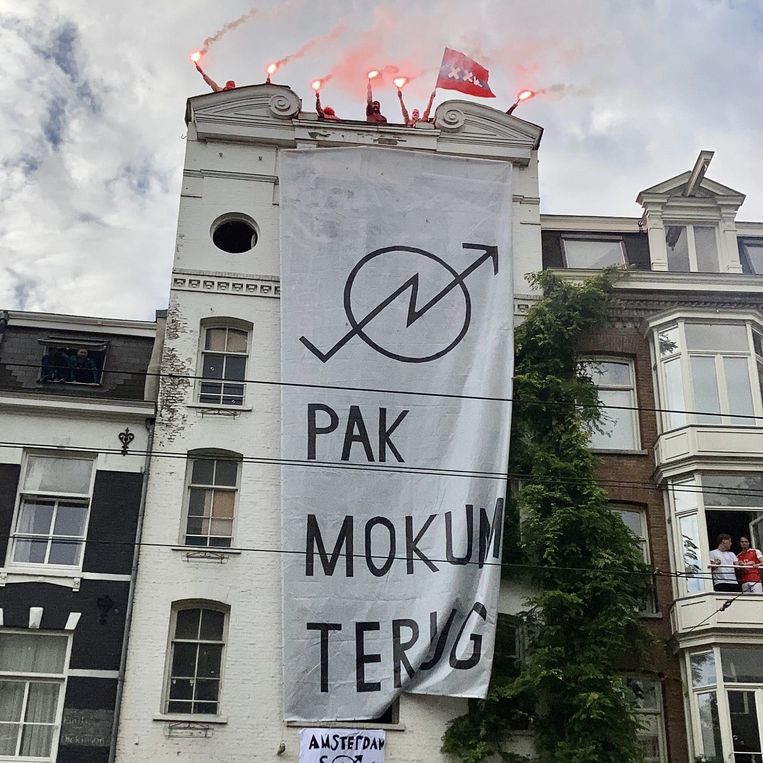 The squat was announced on Saturday during the big demonstration van Amsterdam Danst Ergens Voor, who also drew attention to the lack of affordable housing. The squatters have renamed the building Hotel Mokum.

The squat actually took place on Wednesday, spokesperson Lana Lente said. That is why ‘house peace’ has now been achieved: “A squatted building may be evicted immediately if the police catch the squatters in the act or find out within 24 hours; otherwise it becomes a civil matter.” The activists have not yet heard from the municipality or the police.

The owner of the property is LRL Vastgoed of Amsterdammer Cheu Jung Shu and his brother. He says he is very surprised by the squatting of the building. “We have been running a hotel here since 2008. We have closed its doors from 2019 due to a renovation. But that is now taking a long time, partly due to corona.”

The squatters say that no work has taken place for quite some time. According to the owner, work was underway. “But we have postponed the installation of new steel beams: due to the steel price, it is better to wait a while.”

Hotel Mokum finds the anti-squat policy in the city ‘nonsensical’. Lente: “Living is a right, not a privilege. But real estate bosses can enrich themselves while sleeping, while we and many others cannot get a home in our own city. With this action, we demand an end to these practices.”

Owner Cheu Jung Shu is disappointed with the squat, but nevertheless says he is sympathetic to the motivations of the activists. “They only take the wrong party. We are Amsterdam guys, not foreign investors. We are also suffering from the housing crisis, because our staff can hardly find housing. They use our building as a sign for what is wrong, but this place has been a hotel for forty years, it has never been a living space.”

The action group appealed to Mayor Halsema to talk to them. So far they have had no response to this. “We are very sorry about that,” says Lente. “It is time for drastic solutions, and we are fighting this housing struggle to crack. At the same time, it is up to the mayor to make housing possible for everyone, instead of polishing the monopoly board of Amsterdam even further for speculators and money wolves.”