Ovechkin scored from the Bure pass! Two main Russian stars of the NHL played together in the Night League invented by Putin 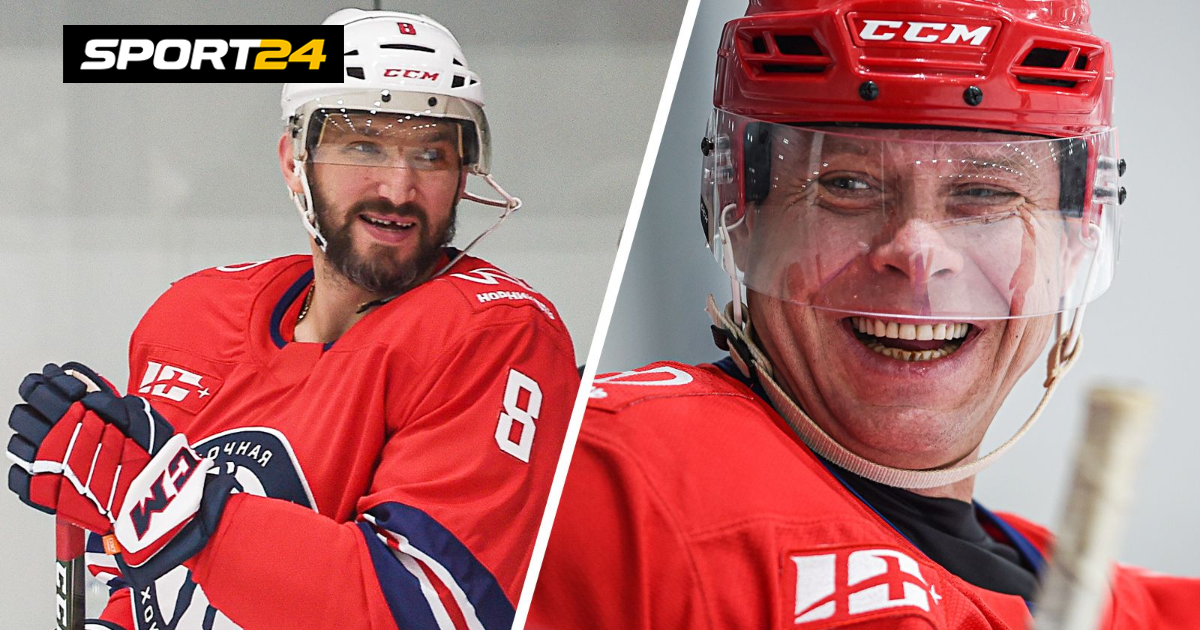 The National Hockey League is struggling to decide on the timing of the start of the 2020/2021 season, but one of its main stars managed to play in an NHL match this past weekend. True, we are talking about the Night Hockey League – a large-scale amateur project created in 2011 by Russian President Vladimir Putin. On Saturday, the Russian NHL launched its 10th season, and Alexander Ovechkin took part in the Match of Legends, where he was the only active player.

The meeting began with the official part: Norilsk Nickel President Vladimir Potanin read out a telegram from Putin, who this time did not go out on the ice himself:

“I congratulate you on the opening of the tenth anniversary season of the Night Hockey League. I am pleased to note that this wonderful project fulfills an important, demanded mission, contributes to the popularization of hockey, the promotion of the values ​​of a healthy and active lifestyle in society, the development of the best traditions of domestic children and youth sports, and involves veterans in the orbit of its activities. Largely thanks to the Night Hockey League, new hockey teams are being created in cities and towns, and more and more people have an excellent opportunity to expand their circle of friends, find like-minded people, and prove themselves in the field of amateur sports. “

Well, then the match began, which united hockey stars of different generations: in addition to Ovechkin, Pavel Bure, Vyacheslav Fetisov, Alexey Kasatonov, Valery Kamensky took to the ice. They were accompanied by Potanin, first vice-president of the FHR Roman Rotenberg, musician Igor Butman.

It seems that this game was worth holding at least in order to see a truly unique spectacle – Ovechkin scores from the transfer to Bure. Yes, in terms of speed and level of resistance from an opponent, such hockey is infinitely far from professional, but the sign with the participation of the two main Russian stars of the NHL in history still sounds very powerful, you must agree.

Ovechkin eventually scored a hat-trick, joked that he was ready to change the real NHL to an amateur one and paid tribute to his colleagues:

“It’s a pleasure to play with such partners. You always know that the main thing is to open up, and there you will definitely receive the transmission. “

The best sniper of the super-productive meeting was Pavel Bure, who scored 5 goals. The legendary number 10 also performed powerful clicks.

And he scored “trash” goals, being the first to finish.

“The tenth anniversary season – a lot has been done by the league during this time. Today I think it was a real holiday. Of course, without spectators, but they will be able to see it on TV. In any case, no matter how difficult the situation is, more than 1000 teams already play in the league, namely amateur teams. It is very important. People find time after work to go play hockey, but such matches serve as an example that infects even more people with our sport, ” – said Bure.

Another star of the Match of Legends was Roman Rotenberg – the boss of FHR and SKA, who this year tried himself as a coach, poker.

The game ended with a score of 17:12. Most hockey fans are unlikely to be very interested in such matches – there can be no intrigue and competition in them, but the participants themselves seem to get real pleasure from the process. At least, such satisfied stars of Russian and Soviet hockey are rarely seen in public space.