Other than Jeff Bezos, here’s who the richest person ever lived on Earth is 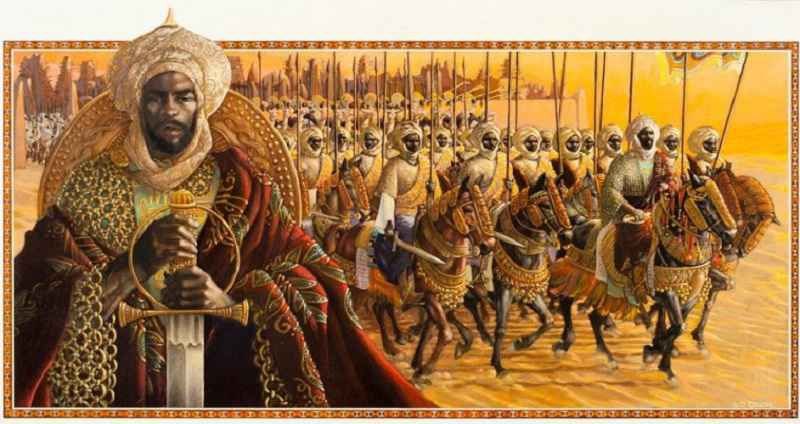 When we think of the richest man in the world, surely our thoughts turn to names like Bill Gates e Jeff Bezos. However, very few know Mansa Musa |, the 14th-century West African ruler of the Mali Empire, who amassed such a large fortune that historians describe it as “unquantifiable.”

It is said that he distributed so much gold in Egypt that it caused a period of inflation that lasted for 12 years. Of course, it is impossible to say whether his wealth was overstated by his contemporaries, but modern estimates speak of a fortune of around $ 400 billion. Not just gold: copper, spices, pearls, salt and other luxury goods.

Not everyone knows the story of Mansa Musa outside of Africa. “The way in which the history of Africa is viewed in the West is most often through the lens of the Atlantic slave trade and colonialism.“says Kathleen Berzock, curator of Caravans of Gold, an exhibition that first explores the global impact of medieval West Africa.”Because of this bias and emphasis, there is a perception that Africa does not have an important history prior to those global events.“.

During his reign, Musa expanded the empire significantly, annexing 24 cities. The emperor was ambitious, but it was the natural resources found in his lands that offered him unimaginable wealth. The determination to increase his wealth, trade and the economic weight of the lands, as well as his devotion to Islam, led him to undertake the epic pilgrimage to Mecca in 1324.

Musa reportedly took his entire royal court on this expedition, including servants, officials, merchants, camel drivers, and 12,000 slaves (each carrying around 2 kilograms of gold), with a total group of about 60,000 people, as well as a train of cattle, goods and, of course, riches. According to several historians of the period, the emperor freely spent his gold on the route to Egypt. By giving so much wealth that Cairo saw the value of the precious metal plummet for a decade.

Mansa Musa was not the first or only successful West African wealthy ruler, but he is probably the best known, thanks to his representation in the Catalan Atlas, commissioned by the ruler of Majorca in 1375 as a diplomatic gift for his cousin, the king of France. “There is a portrait of a king in West Africa, he is on the throne and has a golden sphere in his hand: Mansa Musa, the ‘Lord of Guinea’ extremely rich because of the gold in his lands“, continues Berzock. The emperor, moreover, was described as charitable, kind and with an unprecedented devotion to God.