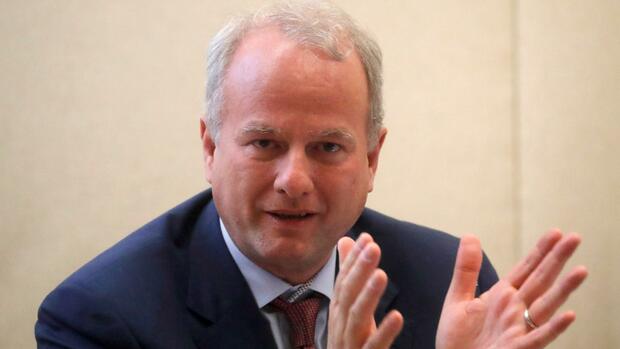 Munich, Vienna The takeover of Osram by the smaller sensor technology specialist AMS was daring even before Corona. But AMS boss Alexander Everke has now rejected all speculation that the billion dollar project could still fail in the wake of the pandemic. “I can not understand the doubts. We are all very firmly convinced that the acquisition will go ahead as planned, ”he told the Handelsblatt.

On the contrary: The Austrians are even thinking of further acquisitions. “We will continue to buy additional companies in the future,” said Everke. After all, they want to become one of the largest sensor and photonics groups in the world. “We are never done.”

AMS prevailed against several financial investors last year with a bid of more than four billion euros. The Osram takeover is largely financed with debt. A capital increase to refinance some of the loans was difficult to place on the market in Corona’s time.

But Everke sees the takeover as planned. “We expect the closing by the end of June. Then we are the largest shareholder with more than 68 percent and will want to fill the Osram Supervisory Board accordingly. ”One speaks with Osram. There is currently a discussion about how many and which representatives AMS wants to send.

Cuts in the portfolio

In industrial circles, it is expected that AMS could quickly make hard cuts in the Osram portfolio after the completion of the takeover. Among other things, the digital division of Munich is available. Everke said: “We are looking at the portfolio. We are assuming that not all parts of the new group will fit. ”

There are still some doubts as to whether AMS’s financial construct is crisis-proof enough. “The financing concept of AMS is very aggressive and sewn on edge,” said the deputy chairman of the supervisory board of IG Metall, Klaus Abel, the Handelsblatt. Everything had to go exactly as Everke imagined.

But Osram faces major challenges, like all industrial companies that supply the automotive industry and have a corresponding financial need, for which AMS has to answer after the conclusion of a domination agreement. At the same time, AMS reported a net loss of $ 16 million even in the first quarter of 2020, Abel said. “The question is whether AMS is really strong enough to shoulder it all.”

Many speculations focus on the domination and profit transfer agreement. According to Everke, AMS continues to strive for this. “But it depends heavily on the capital market when we implement this.” For a while, Osram can manage without such a contract. Synergies could also be achieved in this way. “We can also use the Supervisory Board to change the Group in a direction that is important to us.”

Should a domination and profit transfer agreement be concluded, AMS would have to offer the remaining shareholders a settlement of 42.20 euros according to the current status. Some suspect that Austrians may find it difficult to place new bonds to finance this.

Perhaps, according to speculation in “Manager Magazin”, the Austrians could be forced to part with the Osram shares again.
Everke emphasized that AMS had the money for an increase. “We would have the means. We are highly profitable. ”AMS sees an improvement in the financial situation every quarter.

Everke also believes that the comparatively high level of debt after the takeover is not a problem. “We will reduce our debts as planned. We don’t see that as a serious problem. “

In fact, AMS delivered good numbers. In the first quarter, sales increased by a third to a good $ 500 million. The operating return on sales was a proud 20 percent. Operating cash flow more than doubled to $ 235 million. “We delivered the best first quarter in our company’s history. Getting this done in such a crisis is a feat, ”said Everke.

It was also due to the outlook that the AMS share price jumped up a quarter last week after the figures were presented. For the second quarter, the sensor specialist expects revenues of $ 440 to $ 480 million. Taking the middle of the range means an increase of eleven percent despite Corona. Adjusted operating return on sales is expected to be 17 to 20 percent.

A merger of the two companies makes strategic sense. AMS is strong in consumer electronics, for example in cell phones, Osram in business with customers from the automotive industry. Together they are better positioned, Osram boss Olaf Berlien told the Handelsblatt.

Analyst Daniel Lion from Erste Bank sees another advantage: The two companies would reach a critical size together. “With the takeover of Osram, AMS is opening up to large corporations like Infineon to some extent in the semiconductor industry.” In the past, AMS had always bought the right technology companies at the right time, which had led technological market leadership for a longer or shorter period. “

Among other things, AMS supplies sensor technology for smartphones and is heavily dependent on the major customer Apple. “We have a very large customer who has a large share of sales,” said Everke. But one is also always interested in large sales shares with individual customers. Only then would you have a significant position and be part of the new technological developments. “Interdependence is important.”

The AMS boss also sees other fields of the future. “Computer tomography is an important topic for us. With our sensor technology, we are the world’s leading provider, ”he said. Medical technology would become more important after the crisis. AMS technologies could help to more accurately detect the virus and antibodies. “We have set up a team to drive this technology forward.”

Everke is considered a tough manager. A lot of distrust strikes him in Munich. “When you buy a company, it’s always an emotional process,” he says himself. But the interaction with the Osram teams is positive. He has a “cooperative management style that builds on the competence of the employees”. But he is also someone who “steers very results-oriented.”

More: Why Osram and AMS are facing the real challenge.