Berlin (dpa) – A small spade could brake the corona pandemic. A vaccine is said to reduce the number of 200,000 registered infections per day worldwide, prevent tens of thousands of deaths and enable people around the world to live again without major restrictions as soon as possible.

Preferably immediately. In fact, the search for a vaccine is progressing at a record pace. There have been successes, such as vaccinated subjects in some cases forming antibodies against the virus. However, there is still no proof that one of the substances really protects.

Within a very short time, more than 150 projects started to test such active ingredients. Less than seven months after the outbreak of the pandemic, more than 20 potential vaccines are already being tested on humans, according to the World Health Organization (WHO). A few are already in or shortly before the crucial phase of the tests.

Experts are confident that there will be success with the vaccine candidates. “It would be a lot of bad luck if everyone failed,” says Soumya Swaminathan, chief scientist of the WHO, in an interview with the German Press Agency. It assumes that a larger-scale vaccine could be available by mid-2021. But even then – it must be clear – vaccination will probably only be a building block in the fight against the virus.

Sebastian Ulbert from the Fraunhofer Institute for Cell Therapy and Immunology (IZI) also predicts that there will be several approved vaccines next year. However, he restricts: “But the big hit will probably not be there yet.” The first funds should only benefit certain groups, such as young, healthy people. “The risk groups for the Corona virus, especially the elderly, are also the most difficult to vaccinate.” Your immune system often doesn’t respond well to vaccinations. It will take longer before everyone can be reached.

In the past few weeks, some manufacturers have provided data that certain vaccine candidates stimulate the formation of specific antibodies in the human body that at least in laboratory tests inhibit virus multiplication. So far, however, no potential vaccine has been shown to really protect people from Sars-CoV-2 infection.

This requires phase III clinical studies. But such a study has only really started with one of the candidates. Thousands of volunteers are given the vaccine. After a few months, it can then be determined how many of these people have become infected compared to a control group. “It is important to get efficacy data from controlled clinical trials. But you need high infection rates, »explains Klaus Cichutek, President of the Paul Ehrlich Institute (PEI), which is responsible for vaccines throughout Germany.

In the United Kingdom and China, of all places, where there are projects with comparatively great progress, the virus is largely contained. What to do? In fact, phase III trials on two of these vaccine candidates are now in a country where the virus continues to rage: Brazil.

The British pharmaceutical company AstraZeneca and the University of Oxford are particularly far. Together, on June 20, they started testing the effectiveness of their vaccine on around 5,000 volunteers. It is based on certain manipulated viruses that actually occur in monkeys. The study will run until July 2021, but results should be available sooner.

This Monday (July 20th), the Chinese pharmaceutical company Sinovac in Brazil also wanted to start a test on almost 9,000 employees from the health sector. Sinovac relies on killed corona viruses. Other companies such as the US manufacturer Moderna are in the starting blocks.

German companies are also involved in vaccine research. For example, the Mainz-based company Biontech recently presented the first encouraging data in cooperation with the US company Pfizer. The Tübingen company Curevac can hardly save itself from volunteers for a first study. Both German companies are working on a so-called RNA vaccine.

When you talk to Fraunhofer researcher Ulbert about the different vaccine concepts, it’s easy to get confused. The goal is the same for everyone: an immune response against the coronavirus is to be provoked without an actual infection having occurred. This should provide long-term protection. But according to Ulbert, every approach has strengths and weaknesses.

The approach used by Sinovac to inject chemicals that have killed coronaviruses should lead to the formation of antibodies that make the virus particularly efficient, says Ulbert. However, chemically killed viruses also have the disadvantage that they cannot penetrate body cells. As a result, fewer virus-specific T cells are formed – which are also part of the immune response. In certain cases, however, this can be compensated for with the help of additives.

DNA and RNA vaccines in turn contain genetic information about the pathogen. With their help, the body cells of the vaccinated test subjects are supposed to produce surface proteins of the coronavirus – against which the immune system ultimately forms defense factors, in addition to antibodies, also T cells. However, no gene-based vaccine has yet been approved for humans. Extensive studies on side effects are also important here, says Ulbert.

According to PEI President Cichutek, the safety precautions for production should not be quite as high for gene-based vaccines. The manufacturers also confirmed that they could quickly produce many cans. “We need very high dose numbers very quickly,” says Cichutek. In some cases, companies have already made vaccine candidates in stock, although there is still no approval.

AstraZeneca and Oxford University are trying a different route with their vaccine. They have manipulated viruses in chimpanzees in such a way that they cannot reproduce. In addition, these viruses contain snippets of Sars-CoV-2 genes that are inserted into the body’s cells. Similar to DNA and RNA vaccines, an immune response is then triggered.

It is unclear whether and for how long antibodies produced by vaccination will work. Several studies indicate that antibodies can disappear from the blood relatively quickly after an infection. Is it the same with a vaccination? And what does that mean for the protective effect? One observes the results very closely, says Swaminathan of the WHO. However, the fact that neutralizing antibodies disappear does not mean that immunity is gone. There are reports that the cell-mediated immune response – the T cell response – could be quite important.

Ulbert also relies on T cells for the immune response. You could directly switch off infected cells in the mucous membranes – and fight Sars-CoV-2 in the throat with the help of antibodies. On Thursday, media reported that the vaccine from Oxford University and the AstraZeneca group could also stimulate the formation of T cells. It may also be the case that regular vaccination will be necessary.

“It is very good that we have so many different approaches,” says WHO researcher Swaminathan. Depending on their mechanism, they may be well suited to different populations, such as the elderly, pregnant women, or children.

“Overwatch 2” and “Diablo IV” are not expected to be released in 2021. Remastering will come out this year | AUTOMATON

Engage again! The app “Pao Tang” is down, villagers complain, can’t spend half of them.

the suspect with the cutter arrested

The Miracle on the Vistula or the Polish-Polish War. As already in 1920, we were arguing about success 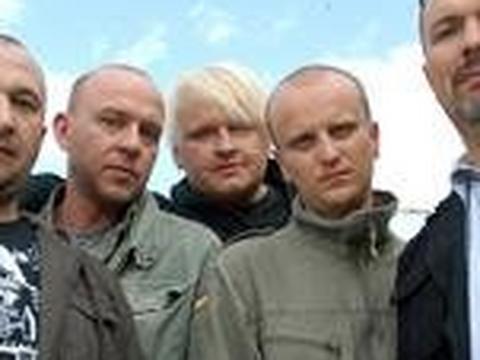 Formation of the Dead Schabuff accuses TVP of theft. There will be a lawsuit

13 Ways to Prevent Type 2 Diabetes, One of which is Coffee!