Olives, stars, aquariums. Here are all the ideas of the government for throwing EU money

It is not possible that the remaking of the electrical system of a ministerial building, rather than of home automation in another, represents a leap in quality ». The comment by Sestino Giacomoni of Forza Italia gives an idea of ​​the moods of the opposition in the face of the document with the requests of the ministries to the Interministerial Committee for European Affairs, which has been in circulation for a couple of days.

What do you think the government of the 557 projects in part emerges from the reaction of the minister Vincenzo Amendola, who denied the document and announced complaints. In reality, embarrassment prevails in the majority and also within the executive. And the fear that in Brussels – where, contrary to what one might think, the drafts are also read – they are preparing for a rejection.

The problem is that requests for small cabotage and self-referencing emerge from the plan. The cards of the Foreign Ministry led by Luigi Di Maio, reported yesterday by the Giornale, have made school. Some media have focused on the refurbishment of the marble square in front of one of the dicastery offices. In general, including home automation, wi-fi, workstations with computers equipped with all the peripherals and laptops available to the staff, the Farnesina has committed almost 100 million of the plan to a sort of restructuring that will be difficult to pass between the “project clusters” of the Italian Recovery.

But something else also emerges from the document: a vision of Italy. Complex but all in all compatible with the values ​​of the governing parties.

A little agrarian, with the 1.2 billion to be allocated for “the modernization of the olive milling plants”. A little science fiction, with the plan for the “Space economy”. There are 3.5 billion to develop the sector, and “the skills necessary for the creation of space infrastructures”. Program that will bear fruit in a long time is supposed. For the moment, the “satellite constellation for monitoring with high temporal and spatial resolution for Earth Observation” of the Ministry of Development suffices. Spending one billion in five years. A little less, 450 million again in five years, to turn the targets of the satellites in the opposite direction, “for the purpose of monitoring the Outer Space (Space Situational Awareness)”.

In Italy that ministers want to hand over to the next generations with the huge resources of the Next generation Eu plan, the ticket is not paid in public transport, thanks to a billion-dollar plan that for the moment will improve urban mobility, but which aims to the “free urban transport, to be implemented through interventions for the so-called intelligent public demand”.

Not only in the Italy of tomorrow the prisoners will work. The Ministry of Justice is aiming at a plan to “allow the use of the largest possible number of manpower detained also in eco-sustainable sectors” as “separate and eco-sustainable waste collection and management” of the same prisons.

Green jobs will concern everyone and future generations must be prepared. For example, with the plan of the Ministry of the Environment (200 million) “to increase knowledge of environmental issues in the field and to train secondary school students, as well as teachers themselves on the current opportunities that environmental issues offer also through teaching at a distance and through on-site experiences within national protected areas ».

The green plans then touch on Taranto, where a green aquarium could also be born in place of Ilva.

Changes are also in sight for the next generations of public workers. The Ministry of Public Administration plans to spend four billion “Europeans” on a “national plan for the innovation of public workspaces”. In essence, a boost to state smart working, thanks to “new portable IT equipment and technologies / information systems enabling agile work”. To prevent anyone from taking advantage of it, the “creation of a composite index of sustainability and monitoring” is envisaged, the “measurement of work performance and performance, in particular to adapt them to remote work, enhancing work by objectives and reward systems”.

The attention to the citizen emerges with the plan for the «Communication and Sentiment Analysis» (500 million in five years) for the analysis «and mapping of the current degree of citizen satisfaction with the services of the Public Administration. From reputational sentiment, to the identification of the various critical gradients with the creation of a structured system for collecting and analyzing feedback, the involvement of figures such as data analysts ».

A little dystopia emerges here and there. Lots of references to artificial intelligence. Even with the “predictive justice project”. A computer will help state lawyers decide which strategy is best, based on an ‘advanced database’. At least a competitive advantage over the counterpart. 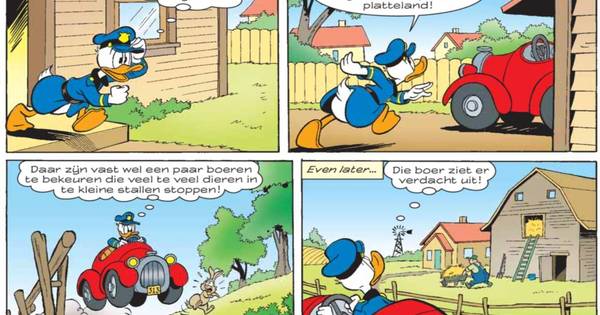 An uncertain environment for the Avranches reception

The US is not showing power, Huawei does threaten world security if it is not controlled, the ‘unwritten law’ in the Chinese Communist Party is the reason