Zwolle – At the Aftercare clinic IC, rehabilitation doctors and IC nurses see many ex-corona patients who have been in the ICU. Also elderly people who already had health problems before the infection. Contrary to expectations, a large part of this group is doing relatively well. ‘Often better than with the younger, previously healthy people who went into home quarantine with corona symptoms’, says rehabilitation doctor Ard ten Hoff.

The Aftercare clinic IC is not new, but was temporarily stopped during the first corona peak due to the pressure on the IC. Ard: ‘It is good cooperation between the ICU nurses and rehabilitation doctors, in which we map persistent complaints from people and try to help with the processing of an admission.’

Contrary to expectations, things are going relatively well for a large proportion of the frail older people who have been in ICU with corona Ard ten Hoff, rehabilitation doctor

In contrast to the regular IC patients, COVID-19 patients first visit the rehabilitation doctor. After that, the IC nurse takes them for a visit to the IC department. This processing is slightly different for ex-corona patients and their families, notes IC nurse Jolente Sijtsema. ‘Of course we were not allowed to receive visitors to the ward for a while, so that partners and children had no idea how things were going with us.’

‘Many people had in mind the images of hectic Italian ICs, where people were running across the department. That was not the case at all, it has always been “in control” for us. If people now come to have a look at the ward and see, for example, how a patient is brought in, it is easier to form a picture. We also have photos from that period that we show for the complete picture. ‘

Read Also:  "With your back to the wall": the wall sit and the effort of staying ... sitting

It is striking how many ex-COVID-19 patients have actually forgotten about their IC admission. ‘Patients where often very afraid of dying. That also had to do with the images that people knew from the media. Of course there have also been patients with us who have been on a ventilator for longer and ultimately did not survive, but these are exceptions. Fortunately, most people later don’t remember how scared they were. Many corona patients were confused or in a daze during their admission. ‘

The opposite turns out to be true. ‘There is a clear dichotomy,’ says Ard. ‘On the one hand, the group of elderly patients, who sometimes developed a corona infection on top of other health problems and ended up on a ventilator in ICU. Many of them are now doing surprisingly well again. It is precisely this group of young people who went into home quarantine with corona symptoms, who still struggles with all kinds of complaints months later. People who were vital to the infection, for whom a block is still too much. A separate outpatient clinic has now also been set up for that group. ‘

Read Also:  A scientist who fights the Battle of COVID-19 warns: We will never live a normal life without a vaccine

Almost all of the IC patients have completed a process consisting of hospitalization, an IC admission with one to four weeks of ventilation and medication. Many then followed a relatively short rehabilitation process in this region, for example at Zonnehuis, IJsselheem or Vogellanden. We also heard from there that people recovered relatively quickly after takeover. The first days patients were still too weak to eat themselves and within a week and a half they could walk independently across the corridor.

Is it the treatment? Has the medications taken by IC patients had any effect on faster recovery? ‘We simply don’t know at the moment,’ says Ard. ‘We are now keeping track of which patients we see and what happens to them. Ultimately, a database must be created that will give us more insight. ‘

The expectation was that our attention would largely go to a group of vulnerable elderly people, the reality is that it is mainly people who have stayed at home and are now facing problems. They get stuck in participation due to, for example, fatigue, reduced exercise tolerance and / or cognitive complaints. ‘

In order to provide this group with sufficient tools, a collaboration was established in a short time with the department of sports medicine, psychology, speech therapy, physiotherapy, occupational therapy and dietetics. Within this multidisciplinary team, we assess on indication where there are problems and requests for help, so that we can help the patient (more) and advise them in the best possible recovery. ‘

Yvelines. Vaccination in Saint-Germain-en-Laye: between hope and impatience

Covid 19 deaths increase, found as a grandfather from Pornpat market woman Less than a month to heal.

It was the first victory commemoration tool for the debut of the command tower that LG Squadron gave to new coach Ryu with one heart. 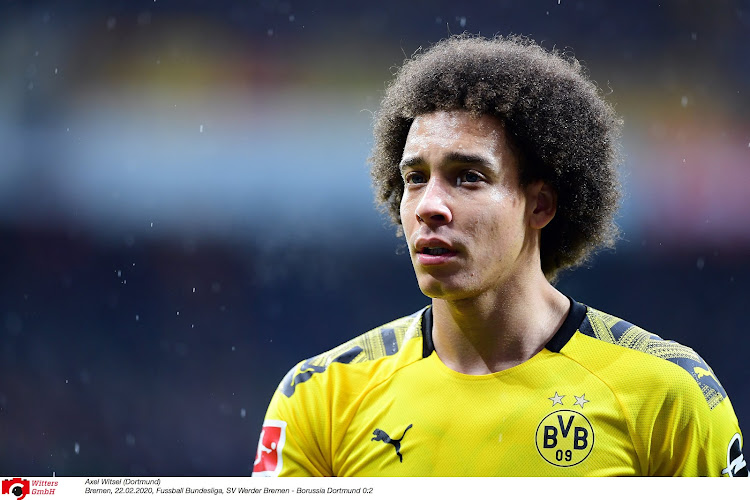 Infinix NOTE 8i will be launched in Thailand, ready for sale on February 2, the specification is worth not more than 4,000 baht.

Coronavirus barometer in Ile-de-France: update as of November 2

“We face a good team in the League”

The coronavirus arrived and Felgueiras became “the ghost town”. Even funerals are different – Observer