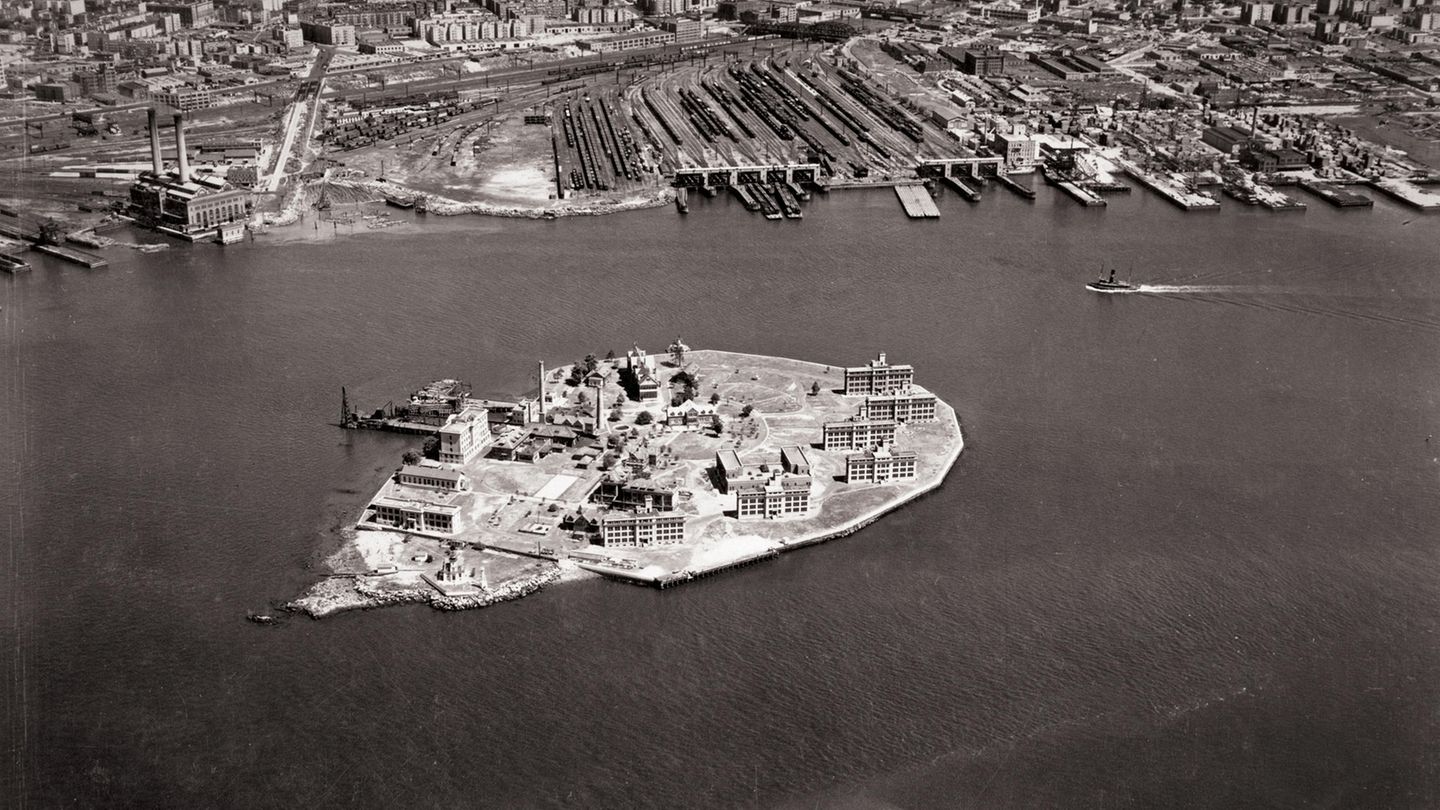 What very few people know: Manhattan is an island. Surrounded by water and other islands. There is the immigrant island of Ellis Island not far from the Statue of Liberty and Governors Island off the southern tip of Manhattan, which has since been rediscovered by the New Yorkers.

Narrow Roosevelt Island in the East River, a dilapidated island in the early 1980s, is now a preferred residential area and tourist attraction thanks to the renovated cable car and subway station.

In the very north-east of Manhattan, between La Guardia Airport in Queens and the Bronx, there are other archipelagos such as the prison island Rikers Island and the two brother islands. The latter two say little even to true New Yorkers. The northern and larger one, namely North Brother Island, measures just five hectares.

But around 1900 this island was known to most of the inhabitants of the metropolis – but always associated with a horror. As the population of New York City exploded in the late 19th century, infectious diseases became rampant in Manhattan’s slums: smallpox, typhoid, tuberculosis, measles, diphtheria, fever, and polio were among the most common epidemics.

Because of its isolated location and notorious currents, North Brother Island was still an undeveloped area. Here the city fathers decided to build a special hospital: The Riverside Hospital became the quarantine hospital of New York City from 1885.

The most famous Riverside patient was Mary Mallon. The Irish immigrant was better known as “Thypus-Mary” because she spread Thypus bacteria without being ill. However, she had infected numerous people in her area, which is why she had to live in Riverside Hospital until her death in 1938.

In 1963 the hospital, which last housed an addiction clinic for young people, was closed. Since then, the island has been left to its own devices. Entering the area is strictly forbidden. Green plants proliferate, a colony of night herons has moved here.

The US photographer Christopher Payne has visited the enchanted epidemic island several times, poured through the empty hospital wards, kitchens and residential buildings and captured the quarantine world of yore in the picture. Under the title “North Brother Island – The Last Unknown Place in New York City” his best photos are in an illustrated book with Empire State Editions, a publisher of Fordham Universtity Press, appeared.

– Lost Places in the USA: Moments of eternity on the edge of the highway

– People once lived here – now the places are forgotten beauties

– Discarded and left behind: These are the most fascinating wrecks in the world