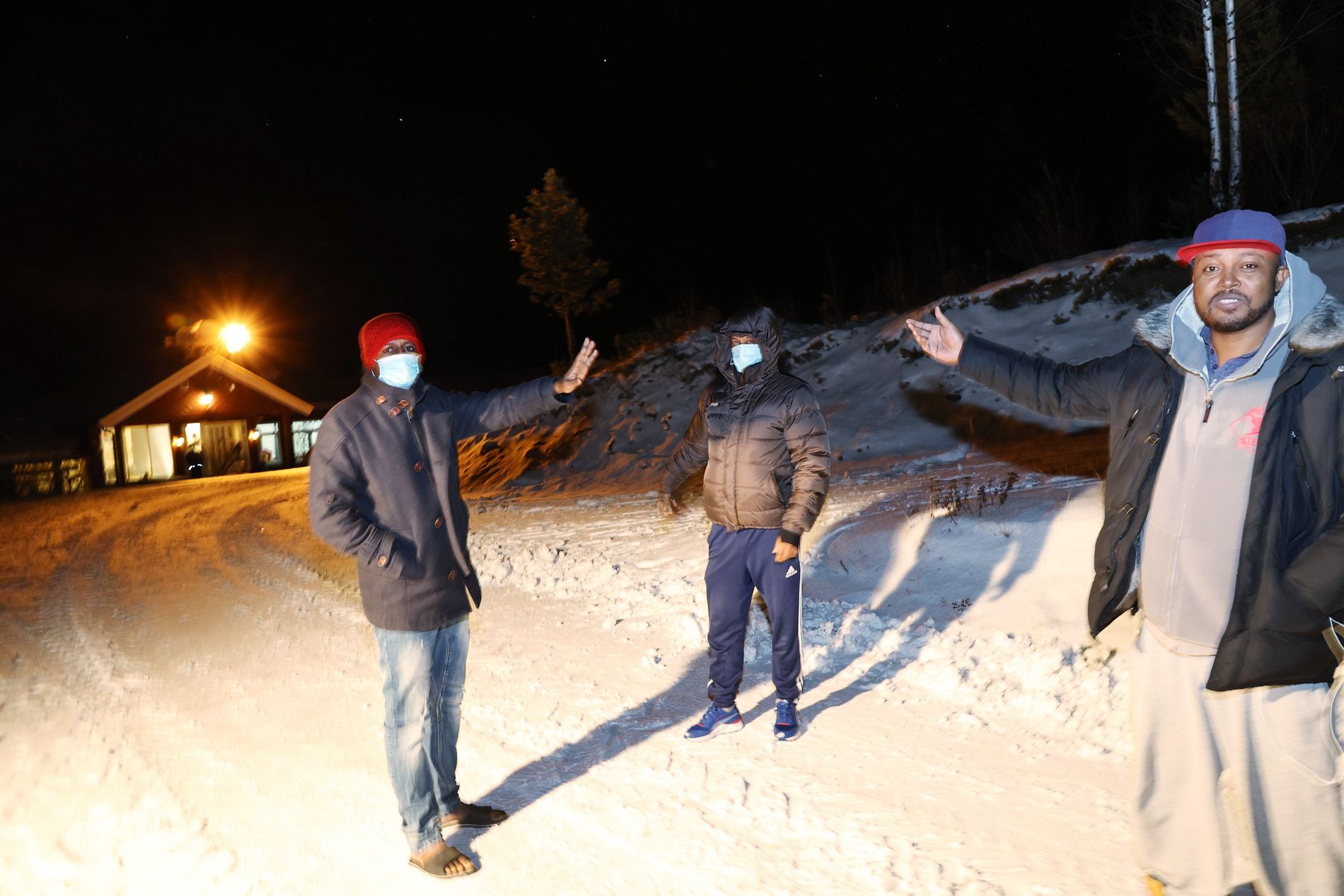 The National Institute of Public Health (NIPH) says that according to the circumstances, there is no breach of infection control rules that non-infected people share rooms with infected people at the asylum reception center at Vinstra. The Norwegian Directorate of Health disagrees.

On Sunday evening, it became clear that 19 residents who have tested negative will now be moved to Wadahl high mountain hotel in Gålå. This is confirmed by Vinstra mayor Rune Støstad to VG, on his way into an emergency meeting.

Last night, however, four people who tested negative, including a child, had to sleep in rooms with infected people.

According to the municipal supervisor, three of these four are now being moved to a private room at the reception, because there is a great chance that they will develop symptoms during the infection period. They may have been infected by sleeping in a room with someone infected last night.

– Yes, she can. But they have stayed in the rooms for many days, one night from or to is not good, but not much compared to the infection exposure that has been. Must almost consider them as positive until proven otherwise, said municipal chief physician Anders Brabrand to VG earlier Sunday.

Brabrand says that they were not moved earlier since they had to provide suitable housing.

– That was the dilemma we faced yesterday: Should we start doing this unplanned and at short notice or should we do it well-considered and planned today, and ensure that it is done correctly. Then we went for the last time. I stand for that assessment. I had not done anything different, in retrospect, says Brabrand.

– We think that they ideally must be separated, but they only had that overview last night and then did not have vacancies to move people to, said Petter Elstrøm in the National Institute of Public Health to VG before the news of the move came Sunday night.

He adds that spending one more night in the same room probably does not have much significance for the spread, as the people have lived together over time and the spread of infection has therefore been going on for some time.

– We expect that there is the greatest risk of infection if you are close together over time. Therefore, it is often difficult to avoid infection within the same household.

– Must not be based on a negative answer?

– When you have positives in a household, you should isolate yourself and as far as possible avoid contact. However, it is the case that the others in the household will already be exposed.

– It may feel worse to have to share a room with five strangers instead of your roommate?

NIPH and the Norwegian Directorate of Health disagree

The municipal superintendent acknowledged that it is a violation of the infection control rules not to separate infected people from those who tested negative. But FHI believes that there are no violations, because the requirement is to distinguish positive and negative in a home as well as possible.

– Also in private households there is a risk that you have to sleep under the same roof overnight. There are big differences in a big city where there is spare capacity for isolation hotels and positives can be moved there quickly. But in many places in the country, it is not possible to get a quick transfer to alternative places to live.

However, the Norwegian Directorate of Health is of a different opinion.

– According to the covid-19 regulations, people with proven infection must be isolated. Those who are defined as close contacts must be quarantined, writes director of the quality and course division in the Norwegian Directorate of Health, Johan Torgersen, in an e-mail to VG.

– These are regulatory requirements that must be followed.

– Is this something you want to follow up on, sanction or enter into a dialogue with the municipality about?

– The Norwegian Directorate of Health will not sanction, it may be up to other authorities. The important thing now is that the municipality learns from the mistakes that have been made and goes through its plans and routines. The National Institute of Public Health and the county governor can assist if the municipality needs it.

Secretary General of the Norwegian Organization for Asylum Seekers (NOAS), Pål Nesse, believes that it is only a matter of taking a look at Finn.no to find available rooms at Vinstra that non-infected people could have been moved to.

– One must not hunt the scapegoats, but try to find a solution. It now seems that they are about to do, so it is positive, says Nesse about the relocation of non-infected residents to hotels.

– It is positive that the Norwegian Directorate of Immigration (UDI) is now reaching out to cover the additional costs incurred by the local community with this outbreak.

– What do you think about the fact that they were not moved earlier?

– This should not have happened. But when you have made that mistake, it is good to see that they are now cleaning up.

He thinks the situation is desperate:

– It’s very sad for the residents. Fear is the last thing they need to get more of, he says, and adds that it is also sad for the inhabitants of Nord-Fron.

-Nord-Fron has been very friendly towards refugees and asylum seekers. By September at the latest, a unanimous presidency decided to accept refugees from the Moria camp. Therefore, it is extra sad that this happens to them.

Nesse believes that everyone who moves from one asylum reception center to another must be tested before they move over.

– This must be a minimum requirement. If there is a higher infection pressure from places they come from, all residents should get answers to the tests before they move.

Ligue 2: Prior (Valenciennes) bitten by a Sochalien?

Every day the students will pull the bra straps of the students in front of the school fence, this junior high school applies the ‘weird’ rules about student underwear

LIVE: Quiet in the Pandemic Wilderness