News 24 | Including fruits and vegetables .. 4 types of foods do not start your day with 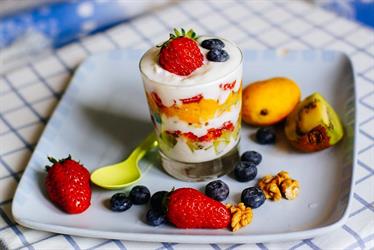 A nutritionist and a public health doctor advised to avoid eating 4 types of foods at the beginning of the day, especially when the stomach is empty, as these beneficial foods can turn into a source of unrest.

And the international nutritionist, Nyla Abi Anton, stressed that the best way to start the day is to drink a glass of water, and she also warned against starting to eat the following four foods:

The specialist said that it may seem that eating fruits on an empty stomach is a healthy option, but acidic fruits such as oranges, grapefruits and guavas increase the production of acidity in the stomach, which increases the risk of inflammation and ulcers.

She added that the large dose of fiber and fructose found in such fruits can slow down the digestive system if eaten on an empty stomach.

According to “Anton”, yogurt is one of the most important foods as it is an excellent source of proteins and vitamins, but eating it on an empty stomach makes the benefits of the lactic acid bacteria present in it ineffective due to the high acidity of the stomach.

Public health doctor Joseph Ayoub mentioned, in his interview with “Sky News Arabia”, that raw vegetables, despite their benefits, eating them on an empty stomach is not advisable. For example, eating cucumbers as well as types of green vegetables may cause pain and stomach disorders.

He added that eating tomatoes on an empty stomach increases acidity and can lead to stomach ulcers, since tomatoes contain high levels of tannic acid.

Ayoub called for the need to stay away from food that contains spices in the morning, which may irritate the lining of the stomach, leading to abdominal cramps in addition to indigestion.