New SBB train with flaws: Stadler’s Giruno is too loud 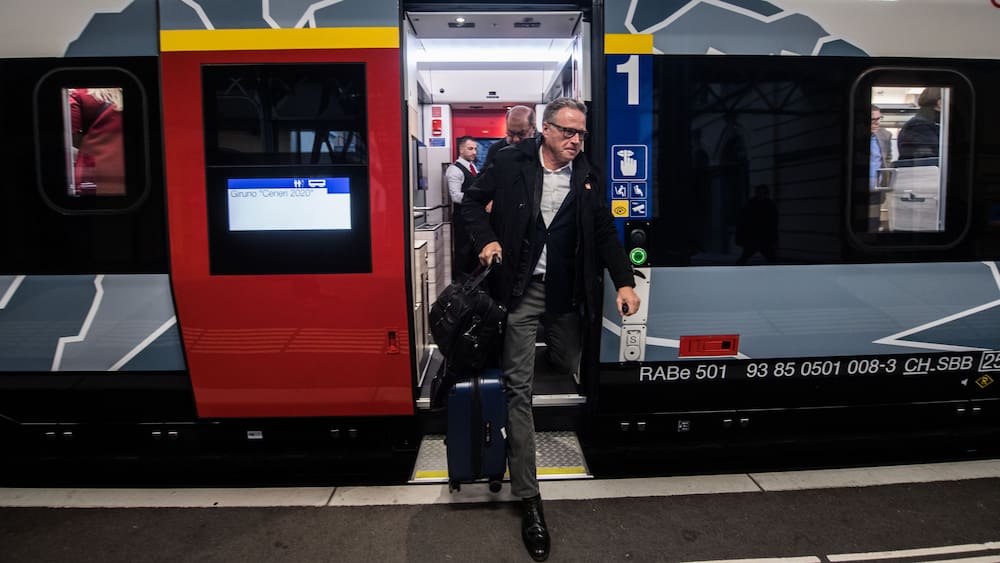 The joy was great when the new SBB train Giruno Bellinzona was christened on a beautiful summer day in August. Of a dream that comes true said SBB boss Andreas Meyer. That was balm on the soul of the much-scolded Federal Railways, which made headlines last year with delays, the Bombardier breakdown train, infrastructure problems and the death of a train attendant.

After the summer joy, the winter disillusionment follows. As reported by the “Aargauer Zeitung”, the driving noise level that is perceptible in the interior of the Giruno trains during normal operation is too loud. In any case, it is much louder than on high-speed trains in Germany (ICE), France (TGV) or Italy (Frecciarossa / Italo).

The reason for this could be the fact, the Aargauer Zeitung speculates that the low-floor entrances are in the middle of the car. In contrast to conventional trains, the passenger compartment is not always separated from the car doors by another inner door.

SBB apparently knows the problem with noise insulation. According to information from the German Federal Railways, initial tests in 2018 showed “in some cases insufficient values ​​at high speeds in the Gotthard base tunnel”. The demands made by the SBB against the manufacturer Stadler Rail were checked during measurements during the type test. “The manufacturer is in the process of improving this,” it continues.

BAV sees no need for action

According to Stadler Rail, the noise level at cruising speed is now at the level of the other trains used by SBB. But there is obviously still a need for action: “Stadler has defined further optimizations that will be rolled out to the vehicles over the course of the year.”

At the Federal Office of Transport (BAV), the noise level is not an issue. “The BAV would only be affected if the noise limits outside the vehicles were not met, which is not the case,” says BAV spokesman Michael Müller in an interview with the “Aargauer Zeitung”.

In general, SBB are satisfied with the new trains a good three weeks after regular operations have started, but they also adhere: “Since it is a completely new development, there is always something to improve.” when a giruno (IC21) traveling south-north ran aground shortly after Rivera TI.

The passengers had to switch to a Tilo local train. According to the SBB, the control technology was disrupted: “The error has now been remedied.” (Zas)

Baghdad, Iraq Three rockets they hit Sunday in the U.S. embassy in Baghdad, said a source of security to the AFP, which also reported another...
Read more
World

There’s no questioning BTS and Ariana Grande’s influence within the music industry. In recent years, both...
Read more
Load more