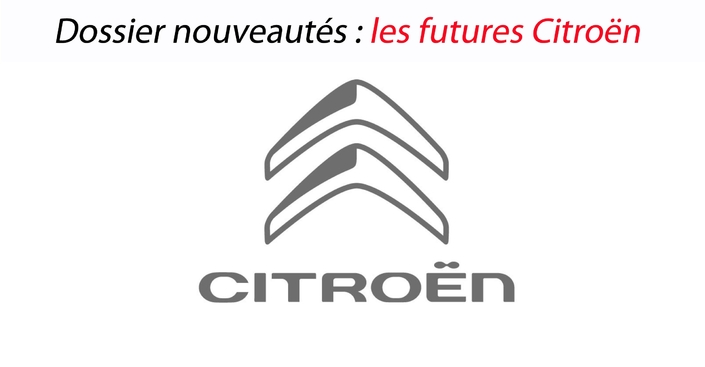 After having entrusted its high-end models DS3, DS4 and DS5 to the DS Automobiles brand, which has been flying on its own since 2014, Citroën could have found itself abandoned by the parent company PSA. The disappearance of the C5 and the replacement, in 2018 of the C4 by the C4 Cactus with too modest dimensions could have made fear the worst, for example that the centenary brand is satisfied to supply its share of small cars and to remain in the shadow of Peugeot. Fortunately in the same year 2018 came the Citroën C5 Aircross which proved that Citroën could do as well as the Peugeot 3008 by taking over the EMP2 database. We also learned that the brand was considering the replacement of the C4 Cactus by a real compact sedan and that the project of a new large sedan (heir to the C5) was still relevant.

Today we celebrate the arrival of the news Citroën C4. This is very good news because the car brings a breath of fresh air to the category with its atypical design, some say divisive, but since the fifties and the DS, Citroën has often produced cars that were unlike any other. We also appreciate its many storage spaces, its complete equipment, its roominess in the rear seats and its comfort even if it is to the detriment of dynamism. Instead of using the EMP2 platform of the C5 Aircross, Citroën relied on the CMP which is that of Peugeot 208 and Peugeot 2008. A bias or rather a price bias, since the use of this platform allows a reduction in costs compared to the EMP2. This also makes it possible to have, in addition to heat engines, a 100% electric offer, whereas the EMP2 can only be (for the moment) equipped with plug-in hybrid engines.

A C4 family that will grow

We mistakenly thought that the CMP platform would only be reserved for small riders, this is not the case since this technical base can be stretched and be used for cars exceeding 4.50 m. This is why the CMP has a future at Citroën, which wants to use it to develop other types of vehicles in the C4 family. This platform will also be used by future generations of Citroën C3 (mid-2023) et Citroën C3 Aircross (end of 2023), two cars with great potential for Citroën.

If the CMP is planned for the C3, C4 and their derivatives, Citroën will also bet on the EMP2, a platform which already equips the Citroën Berlingo (for the front part only, the rear axle is more basic) and Citroën C5 Aircross. It is she who will equip the future C5 which arrives at the end of 2021 and which will have one or two plug-in hybrid engines. Later, this EMP2 base will evolve to become eVMP and be able to receive three types of engines, thermal, rechargeable hybrids, but also 100% electric. But this advanced platform which arrives in 2023, Citroën will not use it for a long time since it will be the future generations of Berlingo (2026), C5 Aircross (2026) and C5 (2028) who will use it.

With the three C3, C4, C5 families and the Berlingo MPV, the chevron brand can satisfy many motorists. In the range of the French manufacturer, there is also the small electric quadricycle Citroën Ami who probably has a long career ahead of him. About the Citroën C1, on the other hand, it is set to disappear and will probably not be replaced, the Citroën C4 Cactus, too, will retire and the minivan Citroën Grand C4 Spacetourer should be replaced by an SUV model based on CMP. Finally the passenger van Citroën Spacetourer which exists in electric ë-Spacetourer will have a long way to go before retiring and being replaced.

For Citroën, the future goes through cars at the most attractive price possible, with an original look (like the new C4, a mixture of sedan-coupé-SUV) and which must be very comfortable. The brand will also have to continue to cultivate innovation (such as suspension with progressive hydraulic stops which help to increase ride comfort). Finally, the Chevron models will compete with the products of Hyundai, Kia, Opel, Seat, Skoda. There will be no top of the range for the chevron brand, the latter leaving this sector to Peugeot and DS Automobiles. Finally, internationally, the brand will continue its offensive in Europe, but also make an effort in India, where with its partner CK Birla, it will assemble vehicles at affordable prices on site, in the hope of conquering this growth market. .