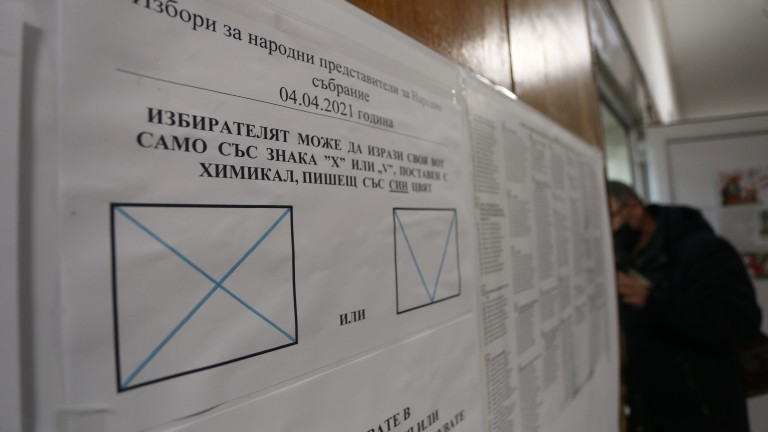 Impossibility to form a government and new elections. This is what journalist Valeria Veleva and political scientist Rosen Stoyanov expect after the results of the parliamentary elections held on April 4 and the opportunities for coalition and government in this composition of the parliament. In the show “The Day ON AIR”, the two united around the position that none of the leaders, whose parties cross the 4th barrier, will easily make the necessary compromises to form a cabinet, despite the requests made so far.

Mr. Borissov’s political career is over. The rest is agony

“According to her, the president will convene the parliament very quickly and hand over the mandate to GERB. However, no party will support the government of Boyko Borissov, they keep saying. He tried to pray, to propose himself, but it was a very weak move. He showed that he was very scared and confused. The mandate will go to “There are such people” and they will return them very quickly. They have no proposal for a prime minister, proposals for ministers and no idea how to govern this country, the journalist believes. Those who think that Slavi Trifonov is an easy person will be deceived. Slavi is an extremely authoritarian man. He is not a consensus person. His party does not want to enter into a dialogue with other parties in any way. Slavi’s whole campaign was this – hidden, so that no one would know what he was thinking… And here it is, he’s on top. People liked him because of his Revival songs, because of “A Red Ferrari”, Veleva explained.

Read Also:  Rafael López Aliaga affirmed that he chose all his candidates for Congress by Zoom | nndc | | POLITICS

The social leader Cornelia Ninova would also not be able to form a government support of a government with a mandate of “Democratic Bulgaria” would be an idealess and immoral action. “If Ninova resigns now, the BSP will very quickly disintegrate. Everyone will pull out of this party. If she stays in office, there are grounds for that, but she will have a very quick conversation in the party,” Veleva stressed.

Stoyanov asked whether a nation that could not make revolutions could make devolutions. According to him, everything has a tendency for anti. “Most of the politicians did not speak during the campaign, most of them still do not speak. It is still too early to burden the new political players with great weight. It is clear that we will enter the carousel of elections. We have to see who. is ready to play in the bank, “said the political scientist. Once again we saw the lack of political education and culture. They do not have the strength and dignity to resign. Political morality is important. Young people can believe very quickly and can hate you even more easily when you lie to them. Dialogue is missing at any level. If anyone thinks that the new messiah is coming, I would greet him and look forward to following the process, “he said.

Read Also:  Former presidential candidate is positioned as one of the favorites for mayor of NYC - Telemundo New York (47)