New bloodbath during a police raid in a favela in Rio 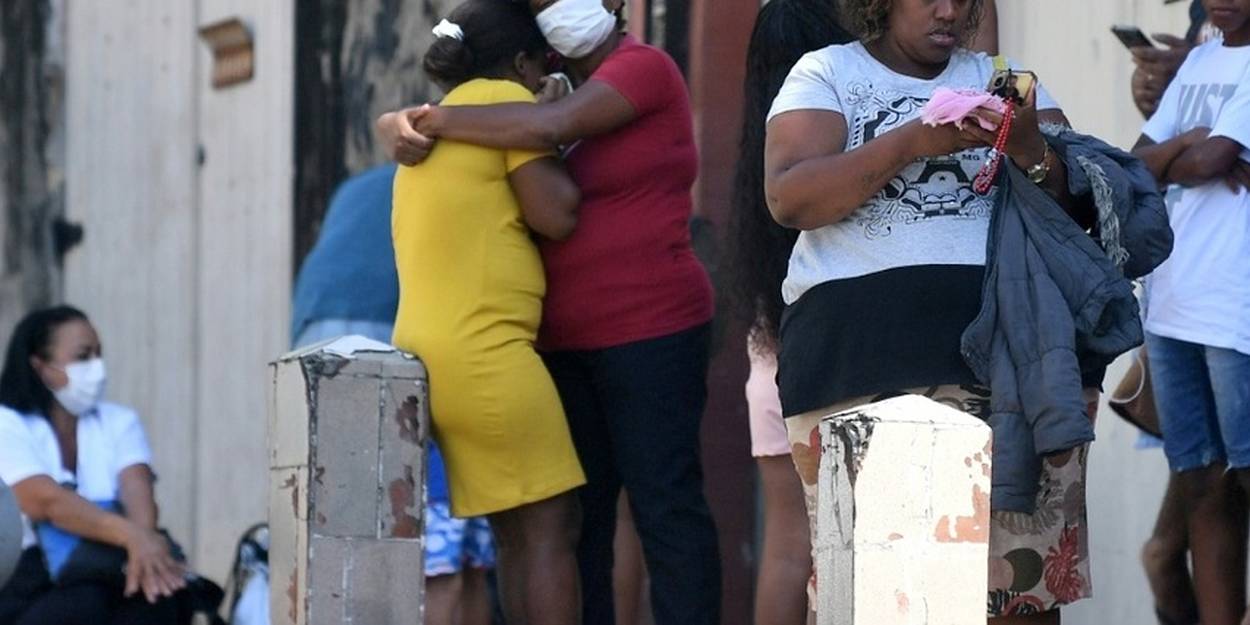 AAt least 22 people were killed on Tuesday in a new bloody police operation in a favela in Rio de Janeiro (Brazil), a year after the deadliest raid in the city’s history, which had already left 28 dead.

At midday, the provisional toll of this raid in the Vila Cruzeiro favela stood at 11 dead, but it doubled in a few hours, many corpses having been transported in the afternoon to a nearby hospital. .

The inhabitants themselves transported the bodies. Unsustainable images from an AFP videographer show a pick-up truck loaded with at least four corpses.

Police said at least 11 victims were “suspects” and a favela resident was hit by a stray bullet.

“Another massacre. We cannot trivialize this, it is not possible for the state to enter a favela and leave more than 20 corpses,” David Gomes Lobo dos Santos, a resident of Vila Cruzeiro, told AFP. 32 years old.

The military police, who frequently carry out this kind of morning operations in the favelas of Rio against drug traffickers, claim to have been greeted by gunfire as they began an operation intended to “locate and capture hidden criminals” in Vila Cruzeiro.

“It was an operation planned for weeks, but we identified movements of criminals during the night and we decided to intervene”, explained Colonel Luiz Henrique Marinho Pires, who specified that the suspects were preparing to flee to another favela.

He also revealed that a helicopter used by the police during the operation had been hit by several bullets.

The operation, which began around 4:00 a.m. (7:00 GMT), particularly targeted the “Comando Vermelho” (“Red Commando”) on Tuesday, one of the main criminal factions in Brazil, “responsible for more than 80% of the shootings in Rio,” a police spokesperson told TV Globo.

Thirteen assault rifles, four pistols, twenty motorcycles and ten cars were seized during the operation, but the police did not report any arrests.

The most intense shooting took place at dawn in the upper part of the favela, on the top of a hill where the rainforest is blocked off with a dirt road.

Some suspects were reportedly shot in the forest, which would explain that a large number of bodies were found later in the day.

In 2010, images of dozens of armed individuals fleeing down this dirt road in broad daylight during a large-scale police operation went around the world.

Vila Cruzeiro, a favela not far from Rio’s international airport, had already been the scene of another violent clash in February, when eight people were killed by security forces.

In May 2021, a police operation in the Jacarezinho favela, about 10 km from Vila Cruzeiro, left 28 dead, including a policeman, the heaviest toll in the city’s history.

No cameras on uniforms

During these muscular operations of the military police of Rio, residents and activists of associations often denounce blunders or extrajudicial executions of suspects, abuses most of the time unpunished.

“These operations in the favelas endanger the entire population and prevent the functioning of public services. We know that they would never be tolerated in chic neighborhoods”, explains to AFP Guilherme Pimentel, auditor of Public Defense, who provides legal assistance to the less fortunate.

Police officers in Rio were supposed to wear body cameras on their uniforms starting this May, but the use of the equipment has been postponed due to delivery delays, according to local press.

Beyond the use of cameras, security experts advocate abandoning the logic of permanent confrontation in the fight against drug trafficking, to instead attack the financial resources of criminal factions.