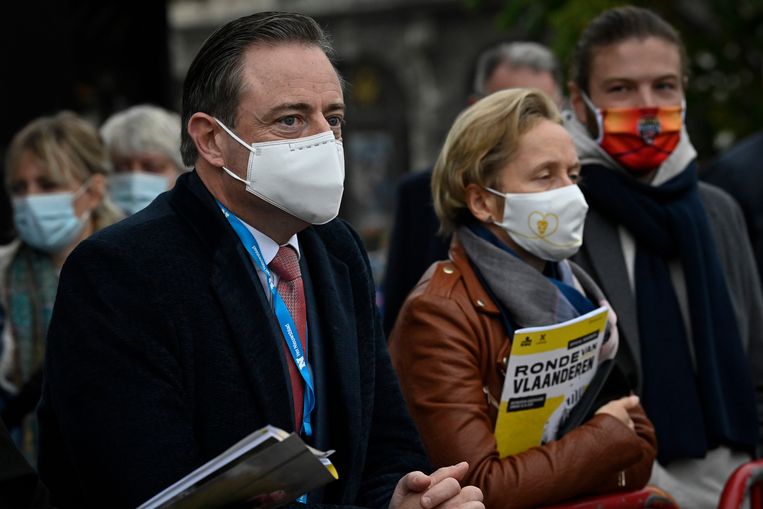 “We have thousands of businesses in the hospitality industry that are all seeing black snow,” said N-VA chairman Bart De Wever in the margins of the Tour of Flanders on ATV. “I can still understand that the cafes have been closed. The banquet halls for sure. But the restaurants? (…) I think that is a decision that is very difficult to understand.”

The statements immediately caused a stir, because N-VA leader Jan Jambon, as Flemish government leader, is a member of the national consultation committee, which is deciding on the corona policy. Last Friday, he sat next to federal prime minister Alexander De Croo (Open Vld) and health minister Frank Vandenbroucke (sp.a) when they announced the closure of the catering industry.

Whether N-VA is now taking a turn? No, Flemish minister Ben Weyts (N-VA) made it clear in the VTM News. “WAs N-VA, they were against the closure of the catering industry, but because there was no unanimity within the Flemish government, Jambon had no mandate in the Consultation Committee ”. In other words: Jambon ran into its Flemish coalition partners CD&V and Open Vld.

Since the federal government-De Croo was sworn in, it has made it a point to propagate a decisive corona policy. CD&V and Open Vld also support this approach. But that is a problem with N-VA, which is the only Flemish government party in the federal opposition. “Hopefully they will also understand our views,” Weyts said.

N-VA will have to limp on two legs in the coming years. On the one hand, it must ensure that the Flemish government continues to bubble. At the same time, it must make a difference to the government at the federal level. Finding a balance in this will not be easy. MR Chairman Georges-Louis Bouchez, among others, was there this weekend to denounce N-VA’s ambiguous attitude.

In a message on social media Jambon did his best on Sunday to reconcile the positions of his government and his party. According to Jambon, the Flemish government had “tried hard” to keep the restaurants open, but the contamination figures at the same time forced it to intervene strongly. “With a heavy heart, but only with one intention: to contain the further spread.”

“Everything was ready”. Covid? No, it’s a different unexpected – Libero Quotidiano

Jay-Z comes with its own cannabis brand