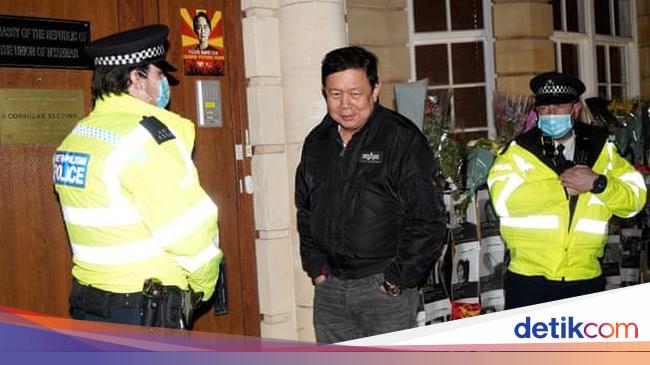 Demonstrators gathered outside the building Embassy of Myanmar in London, Britain on Wednesday (7/4) local time, following reports that the ambassador had been locked up and barred from entering the building.

“When I left the embassy, ​​they stormed into the embassy and took them. They were from the Myanmar military,” he said.

“They said they had instructions from the capital, so they would not allow me to enter,” he added as quoted by the news agency AFP, Thursday (8/4/2021).

“They can’t do this. The British government won’t allow this, you’ll see,” he said.

The UK Foreign Office has not issued a statement regarding this incident.

The London Metropolitan Police said they were “aware of the protests” outside the embassy in London’s Mayfair area, and that public order officers were also present.