Anti-Semitism in the Corona Crisis

Corona deniers in Germany are protesting a supposed vaccination requirement by wearing a yellow Jewish star. The city of Munich no longer wants to tolerate this.

A yellow “Jewish star” on the sleeve, with the word “Unvaccinated”. A man in striped clothing modeled on the uniform of a concentration camp prisoner. In his hand there is a sign that says “Mask makes you free” – an allusion to the saying in the archway of the Auschwitz extermination camp that “work makes you free”.

The so-called hygiene demonstrations in Germany involve many people who are not afraid to compare the Corona measures with the Holocaust. The security authorities warn that right-wing extremists are undermining the protests.

On Saturday, the city of Munich banned the wearing of yellow stars at demonstrations. The use of the yellow star is now considered a violation of the applicable assembly regulations. Anyone found with the symbol on their clothing must expect to be fined, a police spokesman told the «Süddeutsche Zeitung».

The use of the Jewish star in Corona demos is also being observed “with concern” by the German government. Anti-Semitism Officer Felix Klein had already called for an action against the wearing of the stars in mid-May. “This is absolutely unacceptable and should also be prosecuted if necessary,” Klein said.Rheinische Post»Said.

Concern for their own existence, fear of loss of liberty should drive many participants to the demonstrations. But during the crisis, conspiracy theories are booming, trying to conspire to explain the diffuse, only partially explored, new threat. Anti-Jewish theories are also circulating. “Unfortunately, the corona crisis is exacerbating this, so that we are again facing massive anti-Semitism this year,” said the President of the Central Council of Jews, Josef Schuster, to the SDA news agency.

«Not everyone who adheres to a conspiracy belief has to be a staunch anti-Semite. There may also be conspiracy myths without explicitly anti-Semitic elements, »says anti-Semitism researcher Samuel Salzborn. “But with the big conspiracy stories there are always allegations against Jews.” At the latest when you take part in a second hygiene demo, everyone knows who you’re protesting with.

“Unfortunately it is not new to hold Jews responsible for something”

It is irrelevant whether the followers of such theories know Jews personally. “There are striking differences between anti-Semitism and racism,” says Salzborn. “Anti-Semitism has nothing to do with Judaism or Jews, but rather with the anti-Semite.”

The new, old hostility to Jews not only concerns Jewish organizations in this country, it also concerns the Israeli government. “Unfortunately, it is not new to hold Jews responsible for something,” says Minister for Strategic Affairs Orit Farkasch-Hacohen. In fact, conspiracy theories that have persisted for centuries have emerged in the demonstrations against the corona measures.

A fifth believe that Jews created the virus

A recent Oxford University poll found that four fifths of British respondents disagree with the thesis that “Jews created the virus to paralyze the economy and make money from it”. However, a fifth expresses at least a little approval. The conspiracy theory that Jews or Israel would use or spread the virus to benefit politically or economically is one of the most common. Of course, this is closely monitored in Israel.

“What we are now seeing is that anti-Israeli activists are shamelessly using the corona virus to spread their hate speech,” says Farkasch-Hacohen. Her ministry sees a “worrying upward trend in anti-Semitism and efforts to delegitimize the state of Israel”

Accordingly, the anti-Semitic conspiracy theories can be divided into two areas: “classic anti-Semitism” against Jews, which is mainly practiced by the rights and is based on centuries-old slander, and “new anti-Semitism”, which is directed against the State of Israel and countries like that Iran or the Palestinian Authority, as well as Hamas.

Anti-Semitism researcher Salzborn sees it this way: «Anyone who wants to express himself anti-Semitic often uses the rhetorical cover of criticism of Israel. This is supposed to counter an actual or expected accusation of anti-Semitism – but it distracts from the content of what has been said. » This is a strategy to undermine the democratic consensus in Germany and should be distinguished from factual criticism of Israel.

According to the Israeli ministry, increasing anti-Semitic rhetoric is also accompanied by threats of violence against Jews and Israelis. These are feared to be implemented if the corona restrictions are all removed. This is happening gradually in most countries. The ministry is therefore pushing for increased intelligence, tough crackdown on law enforcement, and extensive security measures, both physical and technological.

Israel: dozens of tons of crude oil all over the coast – Ultima Ora 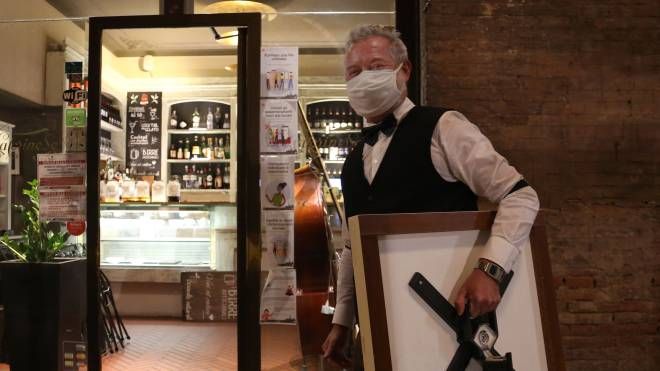 New Dpcm: restaurants, gyms and cinemas. What changes from March 6, government at work

List of 11 players for Chonburi FC vs Police Tero FC

‘I talked to Klaassen about it, we were looking for a monster score’

Call a doctor if you have a fever

# StayOnCasa: why closing stores and canceling events can save lives in this coronavirus pandemic | Univision Salud News