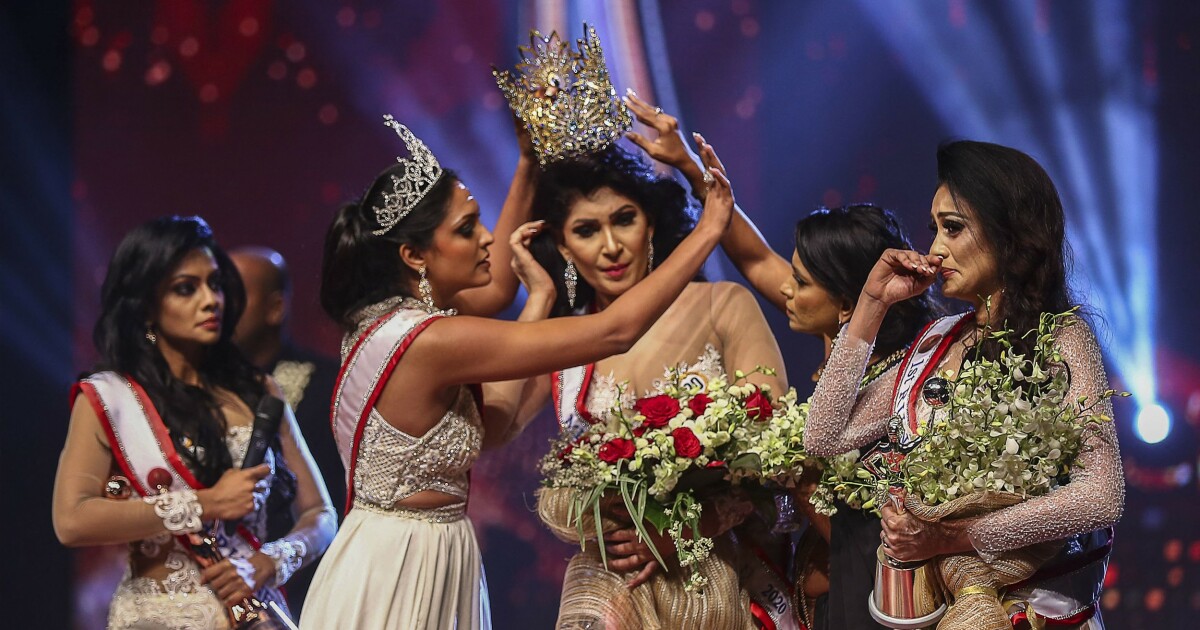 When the beauty queen Pushpika De Silva could finally crown herself with the title «Mrs. Sri Lanka »Sunday, there was complete confusion on stage.

The winner of the nomination for 2020, Caroline Jurie, strongly disagreed with who ran away with the victory this year, and was quick to take the crown off De Silva’s head – possibly a little too harshly. She claimed that the recent beauty queen could not get the title because she was divorced.

Then she placed the crown on the other finalist, which led to a crying De Silva running off the stage. De Silva has since regained the title, after the organizers were able to confirm that she is still married. However, she is separated.

In the days that followed, it went so far that the police became involved, and now report BBC that Jurie has been arrested for the incident.

Must appear in court

The background for the arrest is that Jurie, as mentioned, tore the crown off De Silva’s head, which is said to have led to head injuries for the recent beauty queen.

De Silva herself revealed this on Facebook, where she wrote, among other things, that she had been treated in hospital for head injuries after the incident. De Silva also wrote that she would sue for the “unreasonable and insulting” way she was treated.

Both Jurie and the director of the award, Chandimal Jayasinghe, were questioned by the police on Tuesday this week. The jury and the aforementioned Padmendra have been released on bail, and will appear in court later this month.

As mentioned, De Silva has regained the title, after the organizers were able to confirm that she is only separated, not divorced.

Director Jayasinghe also commented on the incident, and has among other things said that the organizers expect Jurie to come with a public apology.

– We are disappointed. It was a shame how Caroline Jurie behaved on stage, and the Mrs World organization has already started an investigation into the case, he said earlier this week.

The beauty contest “Mrs Sri Lanka World” is a major award in the country, and the Prime Minister’s wife was among the guests during the ceremony.

ALSO READ: – I did not become the child model my mother wanted