From the exciting matches of the second week of MPL Season 8, the names of Hero Mobile Legends emerged which were predicted to become meta in the public scene. Who are you?

MPL Season 8 has passed its second week. In that week, Alter Ego establishes itself at the top of the standings after defeating Rebellion Genflix. Underneath him, he followed ONIC Esports, who managed to bag two wins against Aura Fire and RRQ Hoshi in the second week.

Week 2 MPL Season 8 also presents many fierce matches that are quite interesting with drafting which steals the attention. From these exciting matches, the names of the Heroes that are predicted to become are emerged meta in the public scene. The reason is, these heroes are the most relied on by the team and their players throughout Week 2

In this article, KINCIR will provide a series of Heroes Mobile Legends the most frequentlypick during the second week of MPL Season 8. Happy listening!

Ruby is a close-range fighter who has a range of abilities crowd control deadly. In MPL Season 8, Ruby is often used as a Hero initiator who locks enemies with combinations skill ultimate – I’m Offended! dan Flicker.

If it succeed, setup is able to finish off the enemy team quite quickly. In addition, Ruby is also often relied on as a vanguard in charge of locking the Hero’s movements core with skill – Be Good! dan Don’t Run, Wolf King!

In the second week alone, Ruby has been used seven times. Reflecting on this data, Ruby is predicted to remain one of the heroes who are relied on quite often in the following weeks.

Benedetta is a versatile Hero who has terrible abilities, ranging from damage high, fast mobility, and dash which makes it very agile.

As an Assassin, Benedetta is one of the strongest Assassins in the Land of Dawn at this time. Generally, Benedetta is assigned to target the enemy team’s back line when a team fight occurs to aim for the Hero core enemy.

Benedetta can also be used as a Hero split-push who are able to do clearing minion very quickly. While doing split-push, Benedetta must also be very hard to catch, having skill – Final Blow that makes it easy enough to escape.

With this complete package, it’s no wonder that Benedetta is still one of the most popular Assassins used in the competitive scene to this day. Moreover, now he is also often varied into midlaner from meta Physical Mid.

X.Borg is a Hero Fighter that relies on fire bursts to produce damage tall. Generally, X.Borg is used to generate damage which is stable.

Besides being easier to do clearing minion, X.Borg is also quite useful in team fights because it has durability and high Burst Damage. Moreover, now he is very flexible because he can be placed as a jungler and offlaner.

In the second week, X.Borg again became one of the most popular Heroes used eight times pick. No wonder, X.Borg has often been a Hero meta which is quite rarenerf massively by Moonton.

Reflecting on its consistent and very good performance, X.Borg is predicted to remain one of the popular heroes used in the coming weeks.

Chou also has skill – The Way of Dragon which is the most feared ability, because it is able to kidnap an enemy Hero in one kick.

In the MPL Season 8 event, Chou is often one of the heroes who is very often relied on. In the second week, Chou has been used eight times. However, Chou was only able to pocket 38% win rate just.

gain win rate it is quite small. So, it is possible that Chou will be used quite rarely in the following weeks.

When talking about the best initiator, Jawhead is one of the Hero names that must be considered. Armed with combo skill – Ejector and Unstoppable Force, Jawhead can initiate and kidnap an enemy Hero quite easily.

Not only that, Jawhead is also equipped with abilities durability good, so that he is able to interfere with the enemy Hero who is trying to take minion buff or other game objectives, such as Turtle or Lord.

Jawhead is already quite popular used in the competitive scene. In the last week alone, Jawhead has been used nine times. Not only that, Jawhead is also one of the heroes who has a fairly high tire score in the second week—as many as 10 times. ban.

With a fairly consistent performance, it’s no wonder that Jawhead is now back to being one of the most popular heroes used in the second week.

Lunox is a very terrible Hero Mage for now. In addition to the public scene, Lunox is also of course very popular in the competitive scene.

Lunox itself has achievements damage which is high thanks skill – Chaos Assault. Besides, Lunox is also very difficult to catch thanks to skill – Brilliance that allows him to escape from enemy attacks.

In the second week, Lunox waspick nine times. Not without reason, Lunox itself has now become one of the Mage that is quite adaptive to use in the competitive scene.

If Moonton doesn’t apply strength adjustment (nerf), Lunox is predicted to remain a popular Hero in the coming weeks.

Esmeralda became one of the most popular heroes used in the second week. Heroes who rely on shield and charge attack it becomes one of the Hero sidelaner which is quite scary.

Besides being difficult to kill, Esmeralda also able to give achievement damage which is quite high thanks skill – Stardust Dance and Falling Starmoon. He can also absorb enemy blood through the “steal” mechanic. shield on skill passive.

On meta this time, Esmeralda became one of the popular choices of heroes to use. In the first week alone, Esmeralda has also been used seven times.

Moreover, he also has achievements win rate which is quite high (54%). So, don’t be surprised if Esmeralda will continue to be a popular Hero used in the following weeks.

In the second week, Ruby and Jawhead became the two best performing Hero names. In addition to being the heroes who are often used, both of them also managed to pocket achievements win rate which was very high during the second week of the MPL Season 8 Regular Season.

What do you think about the most used heroes in the second week, MPL Season 8 above? Please write your opinion in the comments column. Also, keep up with the latest information about MPL Season 8 only at KINCIR, OK! 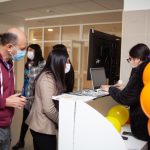 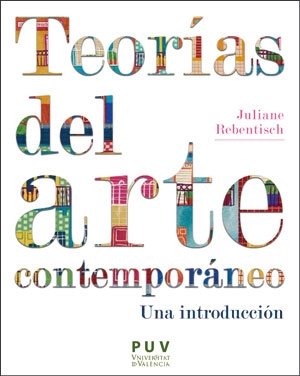