For two weeks, Mohéli, the smallest of the islands of the Union of the Comoros, has been experiencing a resurgence of Covid-19. It alone has 6 deaths, recorded in one week for a total of 13 deaths nationwide. The South African variant is said to be the cause.

In the Union of the Comoros, Mohéli, the smallest of the islands, is facing the second wave of Covid-19. Relatively spared during the first wave, during which it had not recorded any deaths according to official data, the island, which has just over 50,000 inhabitants, recorded 6 deaths in one week, according to corroborating sources. At the level of the authorities, it is panic. No one could have foreseen such a scenario when the Head of State, Azali Assoumani, solemnly lightened the anti-Covid-19 preventive measures on December 21, during an address to the Nation.

The wedding festivities could resume again at the level of the 3 islands, 9 months after their suspension. Less than a week after this speech, backpedaling for Mohéli. On December 28, its governor, Mohamed Fazul announced for 15 days a series of restrictive measures, including a ban on festivities, a closure of schools and universities and a curfew from 8 p.m. to 5 a.m. The list is non-exhaustive. On January 01, Mohéli is officially cut off from the world, no one can leave or re-enter.

A coach who has stayed in South Africa

The situation there is alarming. Everything would have started, from a coach who stayed in South Africa, information not confirmed by the authorities.

The wife of a trainer who has indeed stayed in South Africa, was tested positive for Covid-19 after screening. Her husband was also, but was asymptomatic. We cannot, however, say with certainty that the coach was contaminated in South Africa.

Aboubacar Said Anli, Director General of Health of the Comoros

The situation quickly escalated because “the coach’s mother-in-law was infected with the virus while she runs a Koranic school with several children. From then on, the situation became difficult to control. Today, all regions of the island are affected.

This virus is aggressive and highly contagious with a cluster in Djoiezi, the island’s second largest city. However, we cannot yet say that it is the South African variant.

On the Facebook page of the Ministry of Health, was mentioned on January 04, “The need to sequence the virus circulating on the island”. This is the only way to ensure that the variant detected in South Africa has crossed the Comorian borders.

The island has 24 resuscitation beds and 4 respirators. The already very poor hospital structures are saturated. It had 94 active cases in the last official statement released on January 2.

Also, an orphanage has been transformed into a reception center for asymptomatic patients. The conditions are deemed “unworthy”, with “only” a doctor and 3 nurses “who are themselves overwhelmed by the situation”, for more than 50 people, said an interlocutor who requested anonymity. “There is no water, no hydroalcoholic gel, the food is not supplied in sufficient quantity, the rooms have up to 6 bunk beds, there are several without mattresses,” he indicated. And to continue “It is true that the center welcomes asymptomatic people with Covid-19, but among them, there are elderly subjects who suffer from other pathologies and who therefore need assistance; worse there are people who sometimes suffer from incontinence while the toilets are several meters from the dormitory, I let you imagine the consequences ”, he argued.

There is always that “Far from the denial that characterized the beginning of this crisis, the inhabitants are now aware of the danger that lurks and barrier gestures are respected, the streets are deserted, we only venture outside when necessary”, another speaker said on the phone. 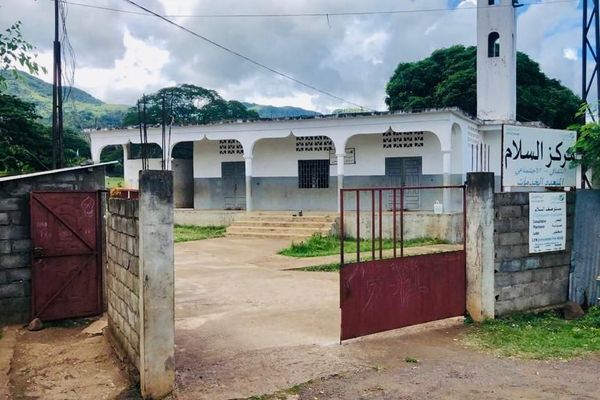 An orphanage has been transformed into a reception and containment center for asymptomatic patients.

A commission has been set up to come to the aid of the inhabitants of Djoiezi, the city being quarantined. “When the authorities decided to isolate the locality, they did not necessarily think that it lacked a pharmacy or even a charging station for electricity,” noted our source. So at first the locals were angry. “Now, the commission, equipped with a car and provided with a pass, is in charge of going to buy drugs or to recharge the prepaid cards for electricity for those who need it, and the situation has returned to the order, ”she added.

In any case, according to an internal source, “the health authorities are overwhelmed, it has been several months that no one respects the barrier gestures and this, at all levels and well before the reduction of measures by the head of the State, it takes one or two weeks to reorganize the structures of struggle and revitalize the response ”. With fear, that this “aggressive and contagious” virus reaches the other islands. “In reality, in Anjouan and Grande-Comore, the cases that are discovered are in favor of outgoing travelers who need a negative certificate for Covid-19 to be able to leave the country”, she judged useful to clarify.

Still, the diaspora is already on a war footing to come to the rescue of the Mohéliens and a pot has already been launched.

3 free games for the weekend. Microsoft invites you to play Diablo 3 and the latest Madden NFL 21

Meghan Markle Has No Claim to the Royal Fortune if She Divorces Prince Harry, Even Without a Prenup 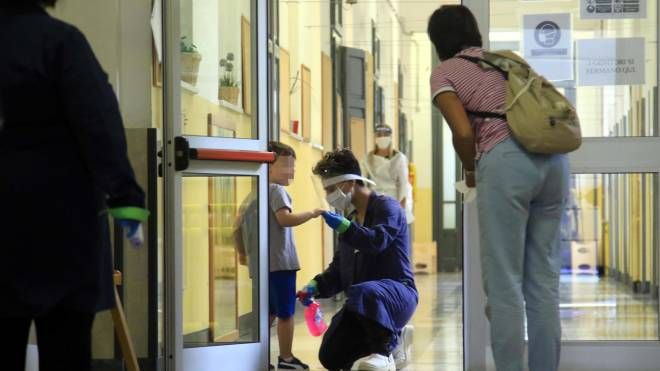 Coronavirus Italy Bulletin of 12 September. Today’s data on Covid and the table

Dota 2: Arteezy, after playing Abaddon: “I don’t know how K1 can farm with this hero”