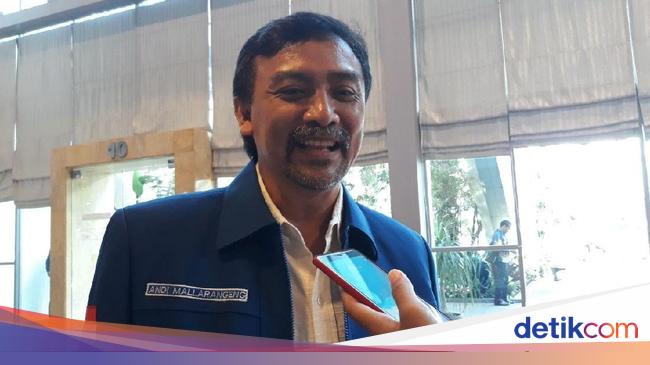 Party Democrats versus the KSP Chief’s camp Moeldoko not over yet. Their latest fuss is now about a new party.

Initially, Secretary of the High Council of the Democratic Party Andi Mallarangeng, Monday (5/4/2021), gave 3 options to Moeldoko who lost at the Ministry of Law and Human Rights. One of Andi Mallarengng’s options, namely Moeldoko just made a party.

“If the road or the option to form a new party, whatever the name is, there will definitely be no commotion, no fuss, each one takes care of their own party,” said Andi Mallarangeng.

Two other options were offered by Andi Mallarengeng, namely Moeldoko leaving the KLB Deli Serdang stronghold, and the other one sued at the PTUN. Andi didn’t recommend the last option because he thought it would be funny because of Moeldoko’s position as a government official.

Andi Mallarangeng’s suggestion made Moeldoko’s camp react. The spokesman for the KLB, Muhammad Rahmad, suggested that SBY, as chairman of the PD High Council, make a new party.

“Regarding Andi’s second option, which offered to form a new party, we, together with the founding figures of the Democratic Party, who had previously founded the party in 2001, invited SBY to establish a new party,” said Rahmad.

“Don’t take over the ownership of the Democratic Party from the founders, by tricking the DPD and DPC officials in the name of democracy. It’s up to SBY to give him what name. Some have suggested it be named PKC (Cikeas Family Party),” he added.

Read Also:  Use the constitution to get rid of Trump?Biography Pence expressed his opinion-International-China Times News

Then, what did Andi Mallarengeng say after SBY was attacked by the Moeldoko camp? Andi just laughed.

Find out more on the next page.

Watch the Video: AHY Talks about the Fate of Cadres Exposed to Moeldoko and the Outbreak