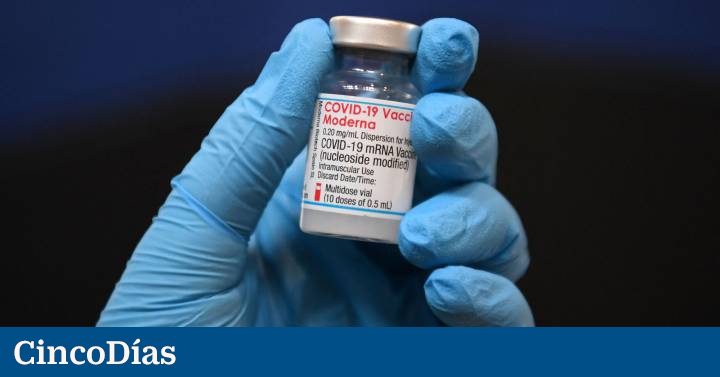 The uncertainty about the true impact of the new variant of the Covid-19 omicron has sunk this Monday in the Stock Market Moderna, one of the vaccine manufacturers that remained more solid in the face of the emergence of the South African strain. The shares fell as much as 16%, although they finally reduced the decline to 13.5%, thus registering the worst fall in a month for the US company and the worst performance in equities of the listed S&P 500.

The setback came after the statements of Dr. Anthony Fauci, director of the National Institute of Allergies and Infectious Diseases of the United States and medical adviser to President Joe Biden, who has pointed out that the data from the first cases of omicron suggest that the strain does not produce an extra degree of severity, as hospitalization rates have not skyrocketed. “So far the signs are a bit encouraging, but we must be careful before concluding that it is less serious compared to the delta variant,” Fauci said in an interview with CNN.

But Fauci’s caution has not prevented Moderna from sinking, especially after the US Centers for Disease Control and Prevention (CDC) announced the possibility that current vaccines are effective against the omicron variant.

If these forecasts materialize, it will not be necessary to boost the production of vaccines to cover the annual booster doses and the long-awaited herd immunity will be closer and closer, according to Jared Holz, strategist of the investment fund Oppenheimer & Co., explained to Bloomberg.

Even so, vaccine sales continue to skyrocket in the US, where several states have already imposed mandatory vaccination.

The already questioned valuation of Moderna on the stock market – which rose to 20.57% the day after South Africa confirmed the first cases of omicron – continues to hang by a thread given the inability of the market to determine how long the pandemic will last and how will be the demand for vaccines once the global health crisis is overcome.

By the end of this week, Pfizer and Moderna, the major vaccine manufacturers, are expected to announce new results regarding the efficacy of their vaccines against the new strain.

“The most important question is whether a booster dose will be effective to protect those already vaccinated, assuming that immunity decreases,” said Asad Haider, an analyst at Golman Sachs, who believes that until these companies publish These results, investor confidence in the shares will vary according to updates on the expansion of the new variant. For its part, Pfizer fell as much as 4.2% while its partner, BioNTech, fell 20%.

The debate over the valuation of these manufacturers was fueled last Sunday, after the senator from Vermont, Bernie Sanders, posted on his Twitter profile that the earnings of the shareholders of Pfizer and Moderna are “obscene.”

New York, the financial capital of the United States, announced this Monday that it will impose mandatory vaccination against Covid-19 to private sector workers starting on December 27, affecting some 184,000 businesses. It is the first state to take this measure in the country, where the first cases of omicron were also confirmed in the US The vaccine will also be mandatory for children over 5 years of age, as of December 14.