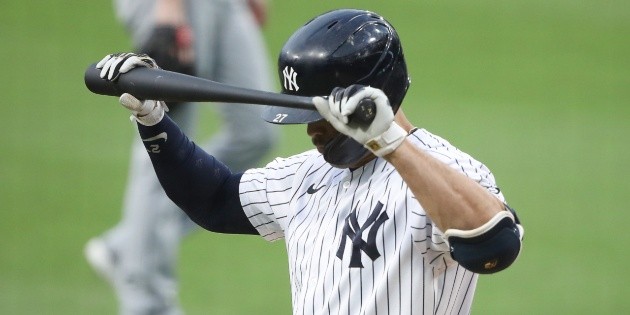 In the last two campaigns, New York Yankees They started the season with high expectations, but despite having stars on the roster, they did not meet the objectives and are already accumulating eleven years since the ‘Bronx Bombers’ they don’t win the World Series.

The specialized portal 12up raised five reasons to justify the decline of the Yankees in the last decade and in the fifth position they chose the lack of leadership the team has since the retirement of the great captain Derek Jeter. Aaron Judge has tried to be that reference, but he cannot consolidate.

The managers at the head of Brian Cashman they are the fourth reason the Yankees did not win a World Series again. The 180 degree change they had to make to take care of pay luxury tax and starting to bring fewer figures was not positive.

The New York Yankees roster in the 2017 season was on track to win the World Series, but stealing signals from the Houston Astros got in the way and this is the third reason for continuing the drought in the ‘Autumn Classic’ according to CC Sabathia himself.

The lack of a star pitcher in the New York Yankees

Until the 2020 season in which they signed Gerrit Cole, The Yankees didn’t have a stellar pitcher in their starting rotation and had to live with both Sabathia’s decline and Masahiro Tanaka’s 7 years in which he did not consolidate. 2021 seems to bring more clarity regarding the star pitchers with the arrivals of Corey Kluber y Jameson Taillon.

In the 2019 season, New York Yankees broke the record of players (29) with an injury and it was the proof that this has been the main problem for them not to win a World Series since 2009. And if you don’t believe us, look at the example of Giancarlo Stanton y Aaron Judge, two regulars on the disabled list.