Mihail Konstantinov asked for corrections in the IC – ᐉ News from Fakti.bg – Bulgaria 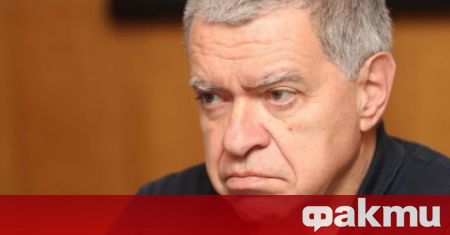 Adjustments are needed in the Electoral Code and in the CEC methodology for processing election protocols. This is what Prof. Mihail Konstantinov, Chairman of the Board of Directors of the Information Services Company, which processes the results of the vote, said for the program “This is Bulgaria” on FOCUS Radio. He explained that the complicated procedure for processing the election protocols had created problems.

“The percentage of error protocols was high and this slowed down the processing accordingly. It is necessary to make adjustments in the Electoral Code and in the methodology of the CEC, because it is not correct to process the election results in this way. The members of the election administration should be congratulated. To accuse “Information Services” of manipulation is, to put it mildly, fundamental nonsense. This shows either a total misunderstanding of the election process or an attempt to suggest outright lies. Against ours Work for 19 years there have been no objections.
Obviously, this double processing of the two databases, the machines and the papers, must be removed, and the section commissions must not be required to collect the numbers. There were commissions that had made dozens of mistakes in one protocol, as they have to add 600 pairs of numbers and mistakes are made, “the expert commented.

There is no machine voting in Europe, except in the city of Brussels, ie. less than 1% of the population of Europe votes with machines, reminded Prof. Konstantinov.

“Where there were machines, they were thrown away, and in Germany the Constitutional Court banned them. Let’s recall what happened in Veliko Tarnovo – the machine voting was stopped due to a software error. There will still be many serious scandals from anyone who thinks of challenging the results. If there were only machines, the vote in Veliko Tarnovo would have been canceled. I can hardly imagine a bigger scandal than this. Here is an example of what happens when voting only with machines. Nearly 400 machines were taken out of use because they produced wrong results, “said Prof. Konstantinov.

With regard to the supporters of the postal vote, Prof. Konstantinov commented that the vote was secret, as written in the Constitution. In order for there to be remote voting – by mail or on the Internet, changes in the Constitution related to the secrecy of the vote are needed.

“Removing the secret ballot is a very serious step that those who want to vote without control of the election administration must take,” he stressed.

Prof. Konstantinov added that the Constitution does not define the electoral system, rather it assumes a proportional system, but it can also be a majority system.

“There are no constitutional obstacles to this change. In the history of Bulgaria all systems have been tested – majority, mixed, proportional. A system of this type has peculiarities – small parties disappear from the political landscape, but there is a good connection between voters and MPs, “he added.

However, a change in the Constitution is required to reduce the number of deputies, explained Prof. Konstantinov.