Microsoft releases updates for Word, Excel and PowerPoint on iPadOS. The updates add support for mice and trackpads to the Office software. Microsoft is also making changes to the interface of the iPad apps.

Users will receive the updates for the iPadOS apps in the coming weeks, writes Microsoft. The updates are released to users in phases. After the update, the Office apps will have full support for Apple’s Magic Keyboard with a built-in trackpad. The apps can also be used in combination with a separate mouse.

Software support turns the cursor into a tool depending on where it is pointed, just like in the PC versions of Office programs. Microsoft is also updating the interface. Word, Excel and PowerPoint get a new start screen and a new ribbon menu on the iPad. The graphics changes are in line with the Fluent UI tweaks that the company is making to its Microsoft 365 software. 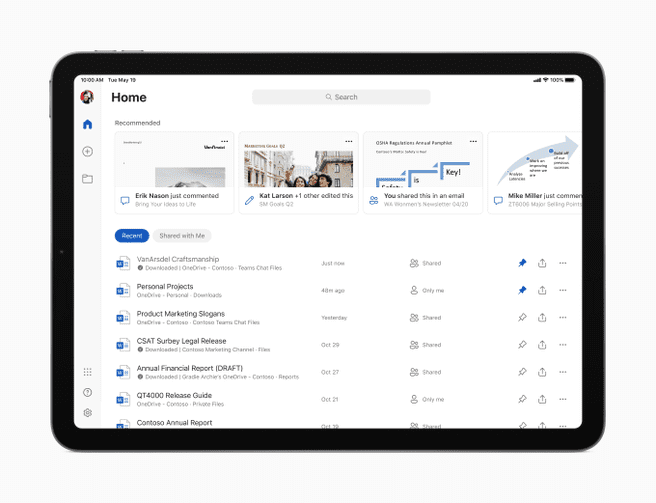 WhatsApp: How to create your own personalized stickers...

Shadowlands, Chains of Domination, already has a release...

Many Toddlers Are Infected with Covid-19, Parents Are...

KAY/O is Valorant’s new Agent, a robot that...

What is Greenroom, a huge new music streaming...