Santiago Nieto, head of the Financial Intelligence Unit of the Ministry of Finance and Public Credit (SHCP) of Mexico, revealed Wednesday that they have frozen almost 20 million dollars in bank accounts linked to members of the La Luz del Mundo church.

The official said at a press conference that the investigation focuses on the illegal collection of donations and on an alleged network of child pornography and sexual exploitation within the religious congregation.

“The second case has to do with the blockade of six people related to a religious group, where there were donations that were developed to the church and a practice of child pornography and exploitation of a sexual nature ”, Nieto said during the morning conference of President Andrés Manuel López Obrador.

“The amounts that are currently blocked are 359 million pesos (18 million dollars) and one and a half million dollars, directly. As well as a smaller amount, 82,000 pesos ($ 4,315), related to third parties linked to this group, ”he said.

An organization chart that showed the head of the Finance Financial Intelligence Unit to the media indicates that the main accused is a minister who was born in the congregation, although his identity was not revealed.

“Pastor in the third generation of the religion of the Light of the World, He deceived his victims through faith. To donate all their belongings to the church, in addition to having relationships with the youngest “, indicates the dependency document.

Nieto did not give more details about the investigation.

The Light of the World has not spoken about it, although they have already denied that within their organization there have been sexual abuses directed from their dome, as California prosecutors assure.

The finances of the church and accusations that sexual abuse occurred in its temples are part of an investigation that is already being carried out by the Attorney General’s Office (FGR) of Mexico, according to different former members interviewed by Univision News.

This case is separated from serious allegations of child sexual abuse, child pornography and other charges against the church leader, Naasón Joaquín García, and three alleged accomplices in Los Angeles. The international director of that cult and two defendants They have pleaded not guilty.

People who claim to have been interviewed by the FGR before the California Prosecutor’s Office brought charges against Naasón Joaquín, Univision Noticias told the Mexican government a few days ago He is interested in investigating allegations of rape, human trafficking, money laundering, tax evasion and various financial operations of the religious organization.

They also stated that they testified before officials of the offices of the United States Federal Prosecutor and the Immigration and Customs Service (ICE) in San Diego, California.

“They are collecting information on how the institution works, victim testimonials, bank account numbers in Mexico and the United States,” said a former church member who claims to have made statements at several meetings with representatives of the FGR in Mexico City and ICE in San Diego during recent months. This person asked that his name not be published.

According to the story of a former Minister of Light of the World who agreed to speak with Univision News on the condition of not publishing his identity, he has also met with officials of the Attorney General’s Office. The first time in the border municipality of Tijuana and then to sign your written “complaint” in Mexico City. He said he is also one of the witnesses of the California Attorney’s Office.

“Yes there is an investigation in Mexico, in several aspects. The first is sexual abuse with the current leader (Naasón Joaquín). Another focus is the financial aspect (…) I talked about four or five hours with three agents (from the FGR) in Tijuana, a month later I went to ratify my complaint. It was before the arrest ”of Joaquín García at the Los Angeles airport on June 3, 2019, said former minister.

In photos: The 10 properties in the USA of the heirs of the La Luz del Mundo church 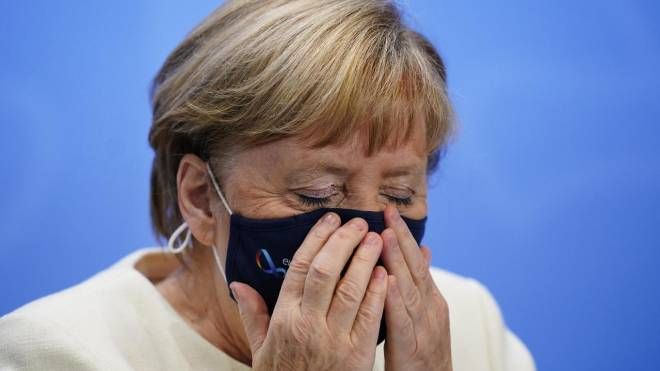 Coronavirus, boom in Great Britain: over 7 thousand cases. In Spain 203 dead, in France 85

Upper Stomach Pain Indicates Disorders of the Liver, Here’s How to Prevent It Page all