Merkel’s succession: the new German cabinet is confirmed with a health minister who supports mandatory vaccination 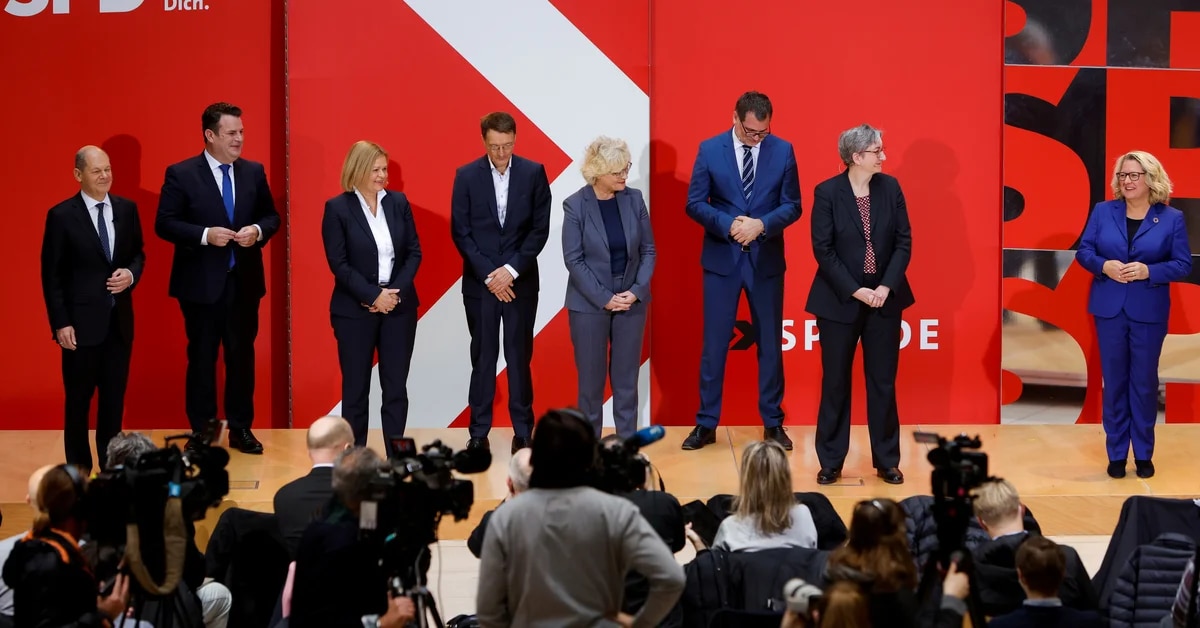 The appointed Chancellor Olaf Scholz, appoints his new cabinet. A true balancing act for the three-party formation that comes to succeed Angela Merkel.

After the approval of the partisan congresses of the Social Democrats (SPD) and the Liberals (FDP) for the coalition that will allow a new majority to form a government, now the ratification of the votes of the Green party is expected to arrive this Monday. Despite the lack of this new authorization, which is expected without great surprises, The contract to nominate Social Democrat Olaf Scholz as Angela Merkel’s successor Chancellor will arrive at the Bundestag on December 8.

While the last details are being discovered, this morning one of the most anticipated appointments was known. The SPD health expert Karl Lauterbach is the new Federal Minister of Health, succeeding Jens Spahn (CDU).

The soon-to-be chancellor Scholz finally discovered on Monday at the headquarters of the SPD, the person in charge, who among other actions, will have to take the reins of the health crisis due to the pandemic of the coronavirus on Germany, a situation that has seen cases skyrocket in recent weeks and faces the country at hours of tightening in its restrictions.

Scholz explained that the corona pandemic is far from over: “And because of that, there is no other way to put it, most of the citizens of this country have certainly wished that the next Minister of Health was a specialist, who can do it.” That is why he named and justified the specialist Karl Lauterbach.

One of the most anticipated names, he is a health expert and epidemiologist, a professional who had already spoken in favor of mandatory vaccination. At the same time, he was optimistic that the corona pandemic could be overcome, although he anticipated that it will take longer than expected. “We will manage. Vaccination will play the central role, but not only (…) We will win the battle with the pandemic, “he said shortly after being confirmed.

Lauterbach announced that it would also strengthen the healthcare system and make it more robust. “With us there will be no cuts in health care benefits.” They will be better equipped for more pandemics.

Olaf Scholz appoints physician and epidemiologist Karl Lauterbach as Federal Minister of Health. He had already been in favor of mandatory vaccination.

But the meeting at the headquarters of the Social Democrats in Berlin was an opportunity for other ratifications. Defense Minister Christine Lambrecht, Interior Minister, State President of the Hessian SPD, Nancy Faeser. Hubertus Heil will continue to head the Ministry of Labor and Social Affairs. Klara Geywitz takes over the construction ministry. The former Federal Minister for the Environment, Svenja Schulze, will move to the Ministry of Development Aid.

Scholz had promised to complete his cabinet in a balanced way: it should include at least as many women as men. If the Chancellor is counted, five of the seven federal ministerial positions of the SPD would have had to be filled by women, the secretaries of state do not belong to the federal government.

Scholz failed to deliver on this promise. However, he stressed on Monday that there would be as many ministers as there would be ministers, if he did not count it to himself for parity.

While the new appointments are important to know the new roadmap of Germany. The economic equation was the difficult piece to reveal. Scholz’s socialism and Annalena Bareback’s environmentalists coincide in seeking relief for small and medium incomes, and both sides are in favor of slight increases in the top tax rate.

On the other side, heLiberals reject tax increases and only want the maximum tax rate to apply from an even higher amount of income. Another point of contention is that the SPD and the Greens are in favor of a wealth tax, which the liberals reject.

That is why the appointment, already advanced by the liberal, Christian Lindner, What Minister of Finance It was one of the definitions that created the most expectation. The head of the Liberal Party (FDP), comes from a background that attracts independents and the liberal professions, with a defense of budgetary discipline, both for Germany and for Europe. At the time, Lindner was against increasing the proposals to expand the common debt mechanism of the Twenty-seven, a historic injection of funds agreed to alleviate the effects of the pandemic.

One of the surprise nominations was that of the defense minister. “Security in this government will be in the hands of strong women,” said Scholz. That is why he proposes to Christine Lambrecht as responsible for this portfolio. “The women and men of the Bundeswehr also deserve to have someone at the helm of the ministry who will defend them, who has a heart for them and who is well equipped, but who can also do it.”

Another novelty was the appointment of Nancy Faeser from the state association of Hesse, to become the Federal Prime Minister of the Interior of Germany. For Scholz: “From my point of view, it is time for us to assign such a difficult task, which is linked to the security of our country, to an experienced woman who is very familiar with the subject.”

Nancy Faeser, the designated Interior Minister, in her first remarks, argued that right-wing extremism is currently the greatest threat to the basic order of free democracy.

Faeser is the parliamentary group and state chairman of the Hessian SPD. For twelve years, Faeser was a spokesman for internal politics for the SPD parliamentary group, Scholz said. Faeser said she was “pleased with this honor.” Among the first statements, Faeser argued that right-wing extremism is currently the greatest threat to the basic order of free democracy.

Following political fragmentation, unprecedented in Germany, keeping the trio – Social Democrats, Liberals and Environmentalists – together will require a delicate balancing act considering the FDP’s business-friendly leanings, the SPD’s social instincts and the sustainability demands of the SPD. the Greens.

In addition to the carbon neutrality agenda, the other confirmation, the incoming Foreign Minister Annalena Baerbock of the Greens, is a sample of that search for balance.

With his appointment, Baerbock, who attempted to be Chancellor, it comes with the promise of putting human rights at the center of German diplomacy.

In a recent interview, He pointed to a more assertive stance toward authoritarian regimes like China and Russia after the trade-driven pragmatism of Merkel’s 16 years in power.

Critics have singled out Merkel for putting the country’s export-dependent economy first in the face of international treaties.

If the Greens also agree, the 177-page coalition agreement entitled “Dare to Make More Progress” will be signed on Tuesday. On Wednesday, Olaf Scholz will be elected chancellor in the Bundestag and his cabinet will be sworn in on the same day.

In this way the Chancellery of Angela Merkel will end after 16 years at the peak of German power. A woman who leaves with levels of popularity rarely seen in that country. 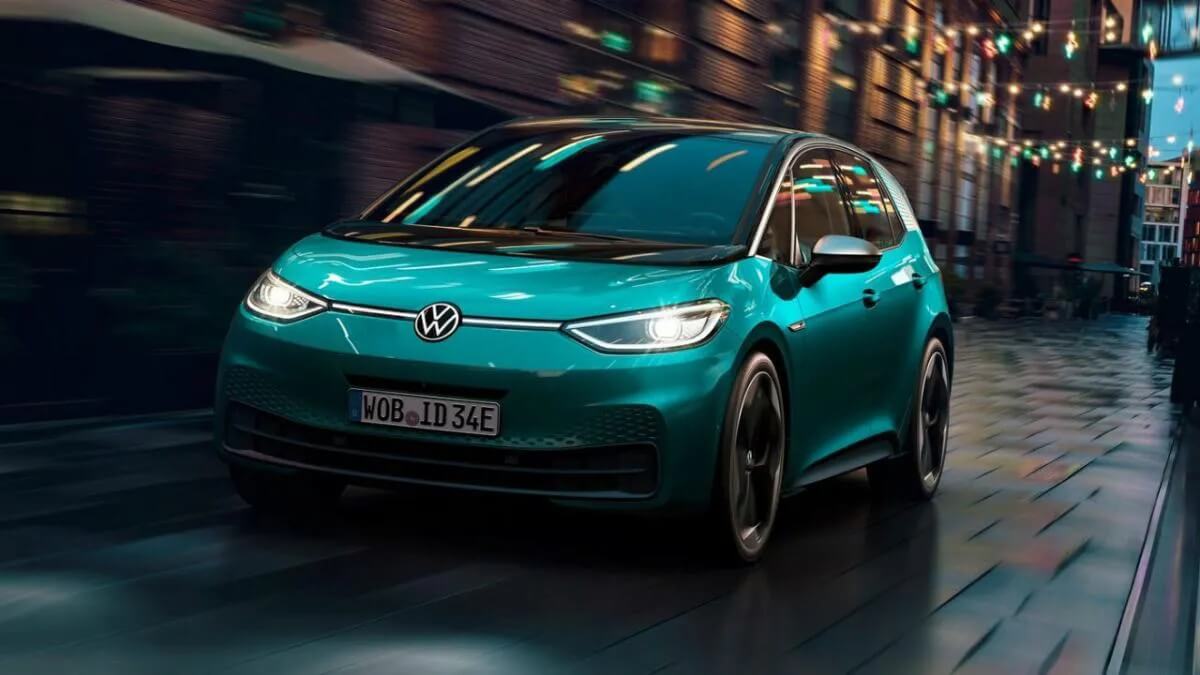 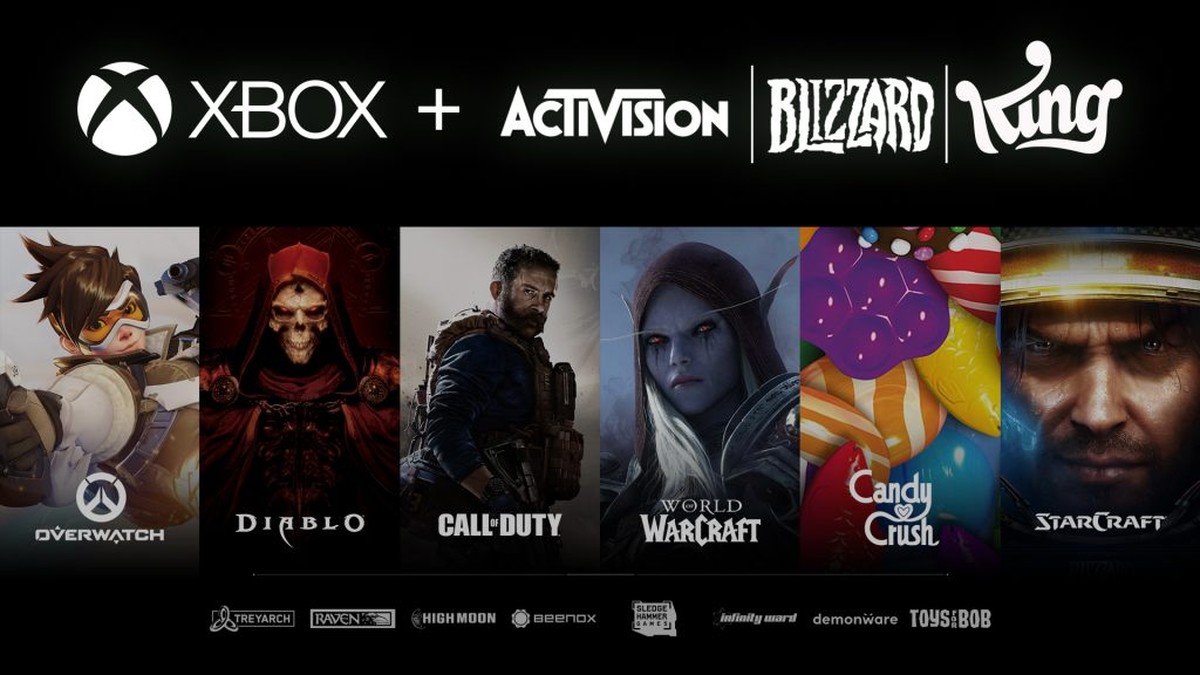 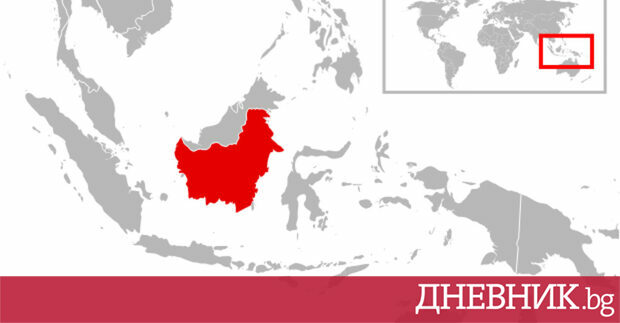 Nusantara is the name of the new capital of Indonesia, which will be in the jungle – World 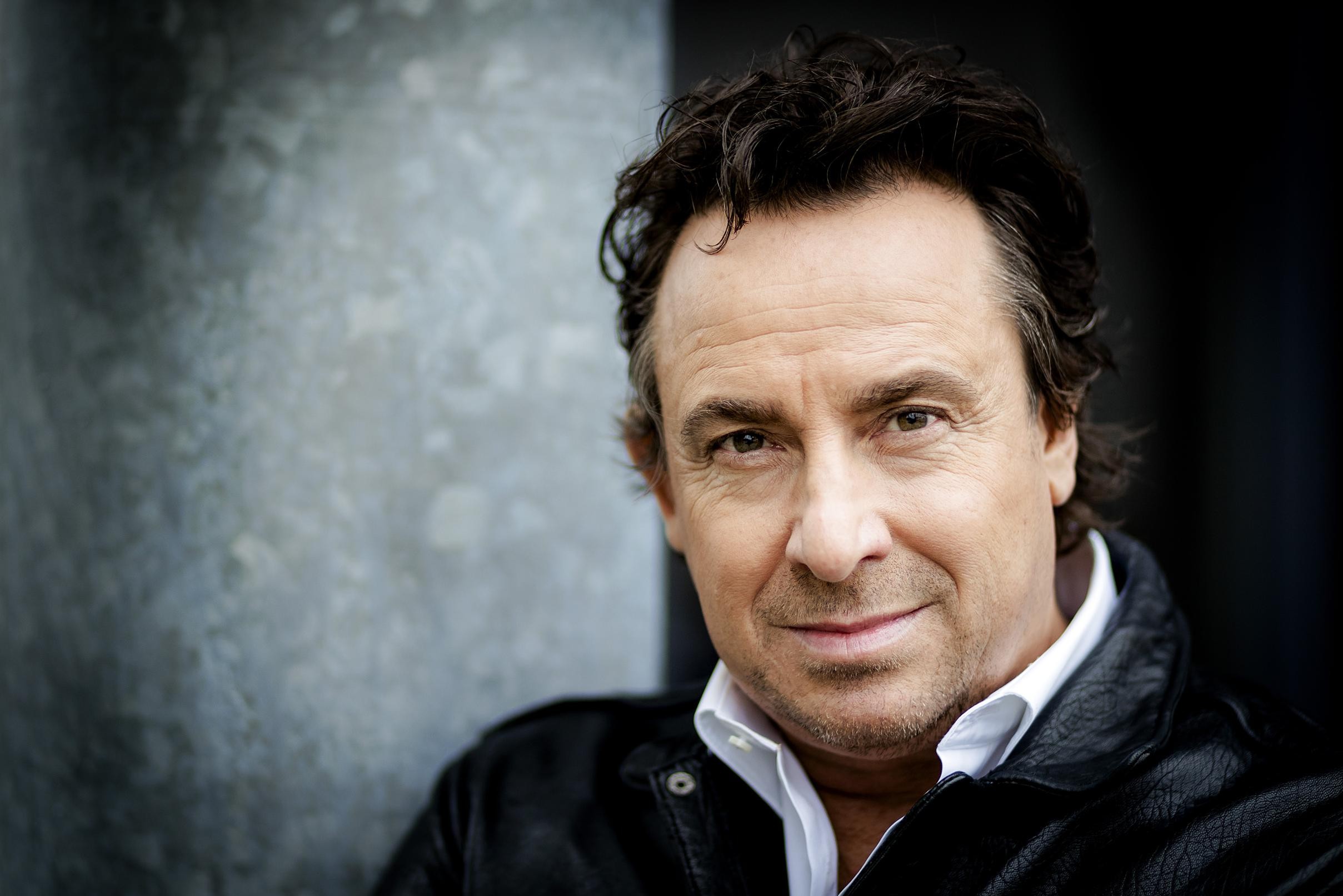 VTM still broadcasts the program with Marco Borsato: “Not for us to consider the question of guilt” 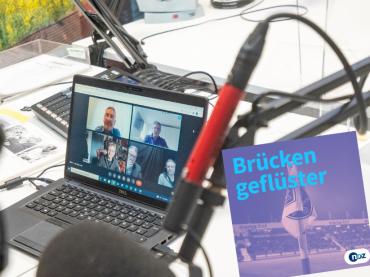 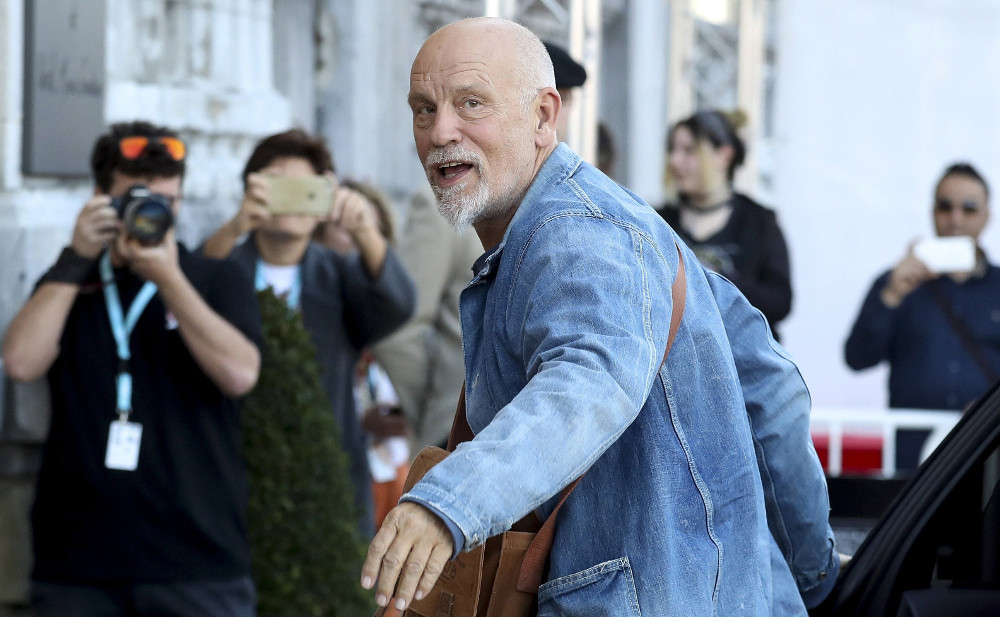 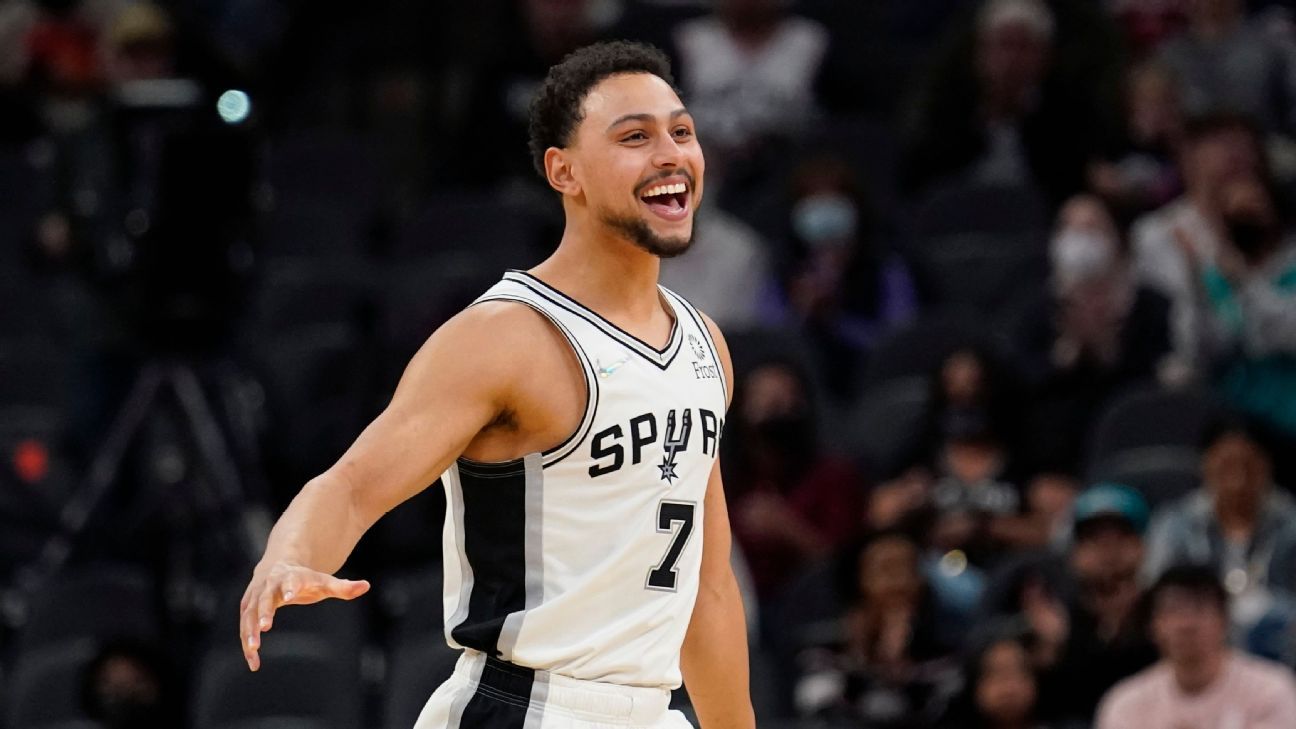