Mercedes-AMG A45s: road and track test. How it goes and price

The baby-AMG has reached its second generation and has grown: we tested it on the road and between the curbs. Prices starting from 62,894 euros

To begin our test it is good to go back twenty years. We are in 2000, AMG is a company specialized in the preparation of touring cars on behalf of Mercedes and is still partially independent, although 51% of the shares are held in Stuttgart and is beginning to carve out a space also among the production cars , with a production of around 5,000 cars per year worldwide. In those years, the A-Class was a small and original minivan, which certainly did not make sportiness its strong point. Let’s go back to the present. Amg is a much larger reality, engaged in the most important categories of motorsport, obviously including Formula 1. And the A-Class is a completely different car. More compact, lower, more youthful. The A-Class and AMG combination is now one of the cornerstones of the Mercedes sports department, with an entry car, the 306 horsepower A35, and a more performing car, the 387 horsepower A45 or, for those who are not satisfied, the A45s from 421. The A-Classes signed by AMG in 2019 represented, for the Italian market, 37% of the total sales of the sports sub-brand, in a year in which AMG in Italy alone closed with over 1400 sales. The expansion of the AMG range also passed through the introduction of the “baby” A45, in 2014, which made its 2-liter turbocharged its strong point with its record-breaking specific power and ignited the hot hatch battle with Ingolstadt’s rival, theAudi RS3. Since then it has been a race to technical exasperation which, for now, stops at the A45s of our test. Of the A-Class it retains the shapes and the famous on-board technology, but stands out for some aesthetic details, typically AMG: the track is wider, the exhausts are four and the grille “pan american”Of the GT sports car gives the A45s an intimidating look.

The Mercedes-AMG A45s retains the formula of the previous generation and, although the technical details may seem minimal, they give the car a completely new identity. Let’s start with the engine: the new four-cylinder turbo marked M 139, with a displacement of 1991 dm3, has a record power of 421 cavalli. Not only is it the most powerful production four-cylinder ever, it is also the engine with the highest specific power, with 211cv/l. In addition to being very powerful, it has a high maximum rpm, for a turbocharged engine: 7200 rpm, with the maximum power peak at 6780 rpm. The maximum torque, of 500 Nm, you have between 5000 and 5280 rpm. It is not only the 40 horsepower more than the previous engine (signed M133) that makes the difference: the engine block has been rotated 180 degrees and now the intake system is located in the front, while the exhaust manifold and turbo, twin-scroll type, are behind. This allowed the engineers to place the unit lower than the previous A45, for the benefit of design and aerodynamics. Among the peculiarities of the engine is the coating of the cylinders in nanoparticles of molten iron and carbon which, forming an extremely smooth surface, should ensure less rubbing of the pistons and contain wear. Furthermore, in compliance with anti-pollution regulations, the M139 engine has a particulate filter.

The gearbox is a sophisticated eight-speed double clutch, which obviously has different calibrations depending on the mode inserted. In the Race set-up, with the support of the launch control (which Mercedes prefers to call Race Start), this double clutch is extremely fast: with a first-second-third you reach 100km / h in 3.9 seconds stationary (we checked them with telemetry, which is part of the infotainment). In the same driving mode, when downshifting this gearbox realizes an automatic double, which helps less experienced drivers to maximize performance.

DANCE ON THE TRACK

If the engine is significantly improved, both in efficiency and in performance, the real novelty of the A45s is the new 4Matic + all-wheel drive system. Compared to the previous one, the torque is not distributed only between the axles, but also between the two rear wheels, through an electromechanical differential that uses two multi-disc clutches. Thanks to this differential the new system, which allows to transfer even up to 100% of the torque to the rear wheels, ensures spectacular oversteering of power.

Here lies the real identity change of the A45s compared to the previous generation, which tended to under-steer. In the new one, the feeling of heaviness of the front axle is greatly diminished when entering and exiting the curve, indeed, it is possible to have fun by making the rear dance already in Race mode with the controls off. There Drift mode it aroused some perplexity on the track, but it was appreciated in the wide spaces without obstacles: in this case the car tends to widen the front first, then the rear wheels begin to skid and the car achieves almost perfect 360 °. Remember the Impreza and the EVO? The feel is similar, but with a lot more rubber left on the asphalt.

ON THE ROAD IS ALSO DOCILE

The guide, in all its aspects, is highly customizable. In fact, the driving modes and ESP settings are different. Like the possibility of driving in comfort mode with the exhaust valves open, even if, compared to the previous A45, the sound is not as engaging. In any case, with the A45s it is all too easy to let go and the risk of exceeding the speed limits is a constant, even in comfort mode. However, the way the electronics handle the 421 horsepower of the engine, thanks to the setups most geared towards safe driving, keeps the car neutral. Overtaking takes place in tight times and spaces and the car maintains great stability even at high speeds when cornering. So much so that the ideal would be to drive it on the German Autobahns, where it could reach the maximum speed of 270km/h, electronically limited. But with the Italian limits, we can at least appreciate the efficiency of the engine: the presence of an eighth gear allows us to limit consumption: at constant 100km / h, we travel with the engine at about 1100 rpm, practically at idle, therefore modest paces the A45s manages to ensure averages of 12km / l, also thanks to precautions such as the gliding function. And so we discover a comfortable and silent A45, with a range that is also suitable for those who make long journeys on the motorway.

Faster, more fun and generally more mature. The second generation of the A45 is a true AMG from all points of view. Including the price, which with the optionals of our model reaches 82 thousand euros.

Like it: performance and fun even for the less experienced, high-level on-board technology.
Do not like: sound muffled compared to the previous A45. 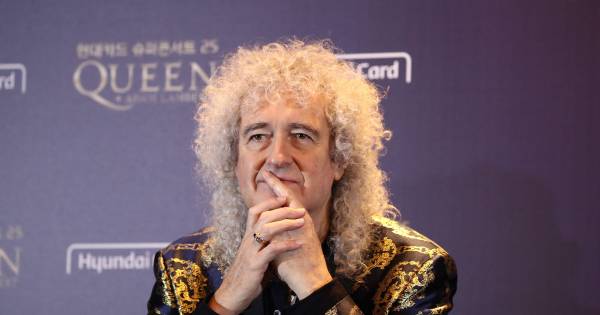 Mystery: where is … Ruben Nicolai’s leg?