Melody (17) ‘too fat’ for hairdressing training ROC Twente: ‘She is inconsolable’

Melody couldn’t wait to get started. Full of enthusiasm, in beautiful clothes and of course with beautiful hair, she and her father yesterday started an introductory meeting with two teachers. But that enthusiasm quickly gave way to grief.

“The conversation explicitly stated that she would have to lose weight to succeed in the hairdressing industry,” mother Silvia tells Editie NL.

“Sin with such a beautiful head”

According to Silvia, the teachers told her daughter that she should shed pounds and really get to work. “They said it was a shame because she has such a nice head.” The girl would also have been asked if she needed a dietician.

When Melody came home, she was in tears. “She started crying so hard.” I don’t want to do the training anymore, because I’m too fat, “” she cried. “I was so very angry and sad. I have seven children, but she is so very sweet. I can’t believe they are doing this to her.”

Silvia posted one message on Facebook. Soon more people shared their experience. “13 years ago, our daughter wanted to follow the hairdressing training at ROC Friese Poort Leeuwarden and was admitted, but the woman who had the conversation with her also told her,” Klaasje writes.

Charlotte says: “Unfortunately this was also the case in 2010. At that time, we looked closely at your appearance during the intake for a beautician. I was hired for the program at the time, but a friend of mine was not because she was too ‘alternative / gothic’. “looked.”

“This was never the intention”

Edition NL asked the ROC of Twente for a response. According to a spokesperson, the situation is more nuanced. “It now seems as if Melody was not allowed to follow the training because she would be too fat. That’s not right, she was already admitted and she can become a hairdresser with us anyway.”

In the conversation, the themes of vitality and health were indeed discussed. “When you start this training, you have to be as healthy and vital as possible because you have to stand a lot as a hairdresser. This seemed to Melody as if the teachers thought she was too fat. That was never the intention.”

Whether the school looks a lot at the appearance of (future) students? “It is something that plays a role in the hairdressing world, for example. But there are also hairdressers for whom this does not apply at all. We give advice, but it is ultimately up to the student what he or she does with it.”

The ROC apologized and invited Melody and Silvia for an interview this afternoon. “She really wants to become a hairdresser and we still hope that she will follow the training here. The place is for her.”

“Gone to the core of her soul”

Melody does not go to the conversation, her mother does. “Melody knows she is too big, but she always felt great about it. She plays volleyball, she dances, she moves very well. She wanted to be a hairdresser, but now she has her doubts. She is deep in her soul hit. ”

Silvia hopes that her daughter’s unpleasant experience ensures that others do not have to experience this. “Even in the fashion world plus-size models. And then you are rejected as a hairdresser. No child should hear this anymore.” 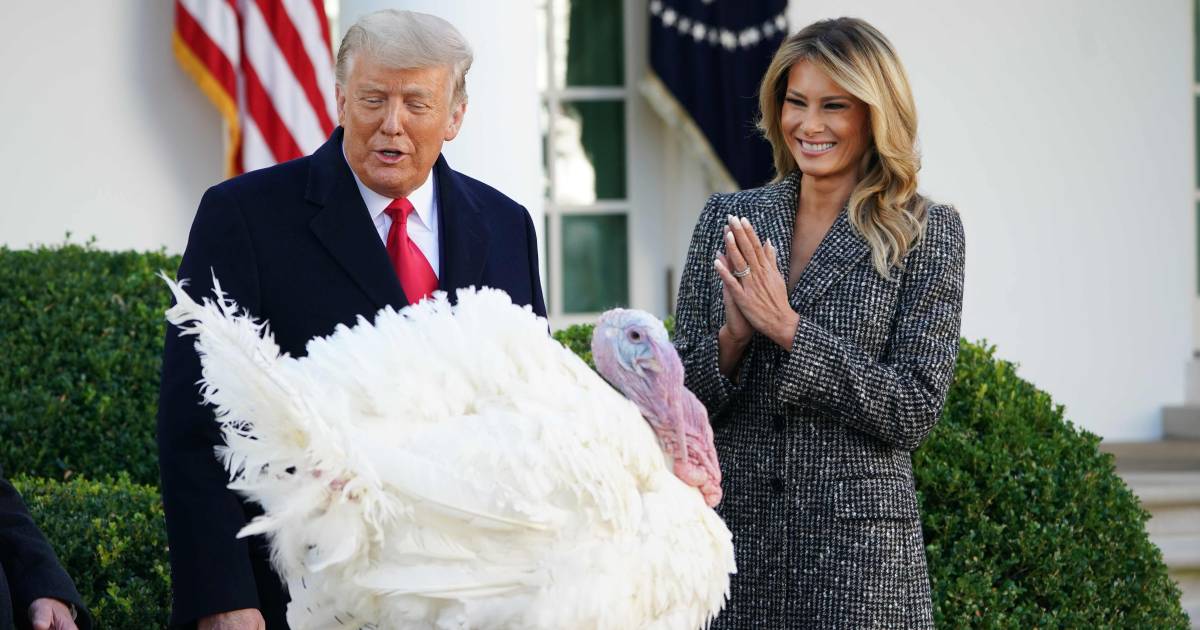 ‘Lame Duck’ Trump Pardons Turkey, But ‘Prophetic’ 2018 Edition Gets All the Attention | Abroad

Beautypedia, What Is Mascara? : Okezone Lifestyle