May ahead of Asia D’Amato for 6 cents, last rotation – OA Sport 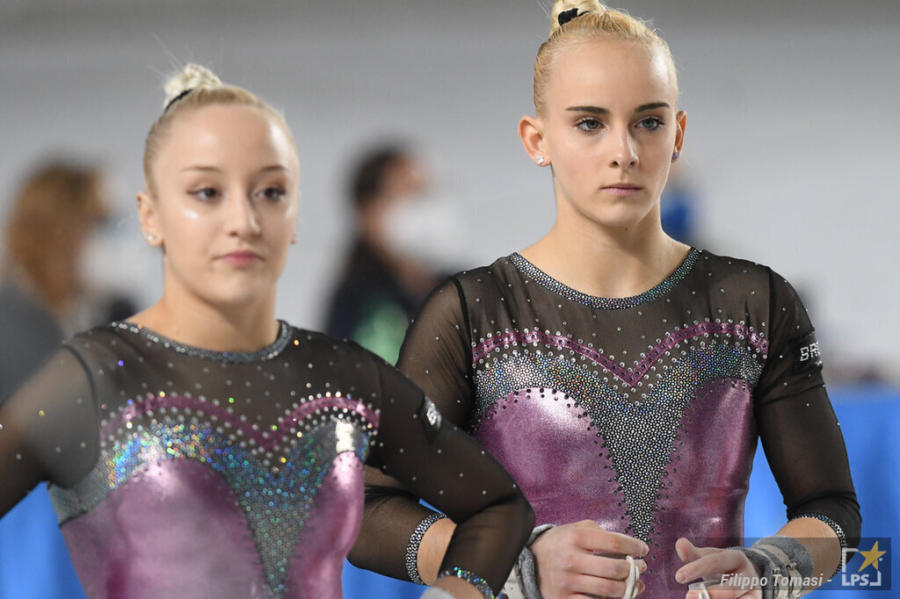 12.56 Heduit is performing, then it will be time for the blues.

12.44 We remind you that the Italians won the team competition on Sunday evening and that tomorrow they will be back on the platform for the Specialty Finals.

12.42 There is a bit of understandable tension, an international title is still being played there less than two months away from the Europeans.

12.38 Martina Maggio will perform last, immediately before her it will be Asia D’Amato’s turn. Who will be the Queen of the Mare Nostrum?

12.36 Now the last rotation to the free body. Total challenge between Martina Maggio and Asia D’Amato, separated by just 66 thousandths. Anything can happen squared: who will win? The Italian brace now seems in his pocket, Heduit is one point behind.

12.35 RANKING AFTER THREE ROTATIONS. Martina Maggio leaps to the lead with an overall score of 41,298. The Brianza has only 66 thousandths of advantage over Asia D’Amato (41,232). Everything will be decided in the free body: an all-Italian duel for the conquest of the gold medal in the all-around at the Mediterranean Games. Carolann Heduit stops at 40,032.

12.33 Now we await the general classification after three rotations.

12.29 Good entry of the Genoese, small imbalance on the series behind and on the enjambé. The subsequent artistic part and the tour are good. Clean output. Excellent exercise by Asia D’Amato, she will take less than Martina but Heduit’s fall gives her an advantage.

12.24 Heduit fell. At this point it gets tough for her, but Asia D’Amato will have to be good at staying on top of her.

12.15 Minutes of warm-up mid-rotation for D’Amato and Heduit.

12.10 Martina Maggio is proving to be more and more solid and is now in all respects a big international. The expectation is growing for Asia and for the French, a crucial moment before the last rotation of the free body.

12.08 Martina Maggio remained the protagonist of a truly remarkable exercise with an international breath, showing off class and elegance. She could gain ground on D’Amato and Heduit.

12.05 EXCELLENT 13.966 (5.6 the D Score) for Martina Maggio. It will put pressure on Asia D’Amato and Carolann Heduit, who will perform at the end of the rotation.

12.04 Spectacular acrobatic series behind the blue, which holds perfectly. Excellent sprawl and good the wheel without. Fine artistic elements on the wood, perfectly blocked output. Exceptional exercise by Martina Maggio on the beam!

12.03 It will be Martina Maggio to open the dance to the beam.

12.02 Now the transition to the beam. Maggio can pull off a great exercise, D’Amato has to defend himself, Heduit is good at 10 cm. Crucial rotation.

12.00 MID-RACE CLASSIFICATION. Asia D’Amato is in the lead with 27,866. The Genoese, however, is closely followed by the French Carolann Heduit (27,599). Third place for Martina Maggio with 27.332. The blues fight with the transalpina for the three steps on the podium, the other athletes are very far away.

11.57 We await the general classification halfway through the race.

11.48 It will be Carolann Heduit who will close the rotation at the parallels.

11.45 At the end of this rotation our standard bearers will move to the beam. Martina Maggio is more accredited than Asia, both must contain errors.

11.42 For the moment we have seen a convincing test of the blue. Asia D’Amato decidedly proactive between vaulting and parallels, Martina Maggio showed off all her solidity.

11.38 We are approaching the moment of Carolann Heduit’s exercise on the stanchions, in fact the French is the only credible opponent of the Italians.

11.34 Asia D’Amato retains the top position and earns a tenth and a half over Martina Maggio. We await the exercise of Carolann Heduit to understand if she will still remain in the midst of the blue in the general classification.

11.32 Martina Maggio gets 13,666 (5.9 the D Score). The judges are a little too strict this morning, the scores of the blue ones seem lower than what we actually saw on the tools.

11.31 Good Shapo and Jaeger for Martina Maggio, which came out perfectly blocked. Excellent exercise of the Brianza, now a guarantee also on this tool.

11.28 Commendable performance by Asia, very good in connections, excellent on the Tkatchev, exit blocked with a slight shift to the left.

11.25 Asia D’Amato immediately at the parallels.

11.22 Now the blue will perform at the asymmetrical parallels. They are both excellent, Martina could perhaps earn some money on Asia.

11.20 RANKING AFTER THE FIRST ROTATION. Asia D’Amato is in the lead with a score of 14,033 obtained at the vault. Martina Maggio chases in third position with her 13,666 signed at the table. In the middle came the French Carolann Heduit with 13,933 at the vault.

11.18 At the end of this rotation, Martina Maggio and Asia D’Amato will move to the asymmetrical parallels.

11.15 We are moving towards the conclusion of the first rotation of this all-around final. At the end we will have the first ranking, Asia D’Amato and Martina Maggio are making the difference.

11.11 In October, the World Championships will be held and the first three passes for the 2024 Paris Olympics will be up for grabs.

11.09 Asia D’Amato and Martina Maggio appear in good shape, they are working together with the other fairies to be protagonists at the European Championships in August, where Italy will present itself to win. We recall that Russia will be absent in Monaco (excluded due to the war conflict), a challenge with Great Britain and France is expected.

11.07 The blues have started their race in the best possible way and have made things clear. The vault rotation has ended, but the athletes working on the other equipment have yet to complete their respective routines.

11.05 Martina Maggio gets 13,666. The judges seem a little tight up their sleeves this morning.

11.04 Perfect twist and a half by Martina Maggio, perfectly stopped landing.

11.02 Very high double screw, a slight jump on the way out. Notable leap.

10.58 Asia in red-black boy, Martina in white-black. Sigoa’s fantasy is the same.

10.56 The building is deserted. There is not even a spectator in the stands. In fact it will be a closed-door competition… A shame because in the two evenings dedicated to team competitions the setting was remarkable.

10.55 The gymnasts are preparing to step onto the floor.

10.52 The French Carolann Heduit and Lorette Charpy appear inferior to our standard bearers, even further behind the Spanish Laura Casabuena and Emma Fernandez. The Slovenian Lucija Hribar and the Croatian Ana Derek start even further behind, like the Turkish Bengisu Yildiz.

10.50 The two blue will begin the vaulting competition. Recall that Lara Mori prevailed in Tarragona 2018, while Vanessa Ferrari triumphed in Mersin 2013. Who will happen in the roll of honor?

10.48 On paper, our standard bearers have no noteworthy opponents, it will be a head to head in the Italian championship style.

10.46 Martina Maggio has acquired more and more solidity in recent years: it gives something to the vaulting, but then it is decidedly remarkable between parallels and beam, to the free body she knows excitement. Asia D’Amato starts with a double screwing at the table, on the bars she is remarkable, at 10 cm she is gaining confidence and squared she is growing rapidly.

10.44 Martina Maggio and Asia D’Amato dominated the team competition, winning the gold medal together with the other fairies. The Brianza and the Genoese are aiming for the first two positions, on paper it will be a good internal struggle to get on the first two steps of the podium.

10.42 The race will start at 11.00 in Oran (Algeria). Italy presents itself with all the favors of the prediction to sign a sumptuous double in the individual general competition.

10.40 Hello and welcome to LIVE LIVE of the all-around final of women’s artistic gymnastics at the Mediterranean Games 2022

Italy’s victory in the team competition

Hello and welcome to LIVE LIVE of the all-around final of women’s artistic gymnastics at the Mediterranean Games 2022. A great show is expected in Oran (Algeria) where the final act of the individual general competition is staged, the 24 qualified athletes are ready to face each other openly on the complete lap. The big favorites on the eve are the two Italians: Martina Maggio and Asia D’Amato they dazzled in qualifying, the two blue will go to hunting for a stunning shotgun in terra africana.

The Brianza and the Genoese will present themselves on the platform after winning the gold medal in the team competition and want to continue to reap successes in this multisport event where Italy wants to make a big voice. It will be an all-colored derby for the victory: Martina Maggio has acquired more and more solidity, Asia D’Amato has in the middle to dream big. Comparison of luxury with an eye towards the European Championships in August.

OA Sport offers you LIVE LIVE from the all-around final of women’s artistic gymnastics at the 2022 Mediterranean Games: news in real time, minute by minute, exercise after exercise, so you don’t really miss a thing. It starts at 11.00. Have a good fun.