And also … ‘The debate of the Temptations’ reveals tonight who has asked for a bonfire of confrontation.

The repechage arrives at ‘Maestros de la couture’ with a visit from Oscar (10:00 p.m.)

Masters of sewing reaches the equator and the apprentices are already involved in the dynamics of the competition, although they should not be trusted because each challenge has its risk. This week, the jury will give a second chance to one of those expelled, but the rest of the contestants who fight for the golden mannequin will have to make a current and trendy black dress in the first test, reproduce 19th century dresses by teams and recycling an old garment to get rid of disposal. In the first test of the night, the apprentices must overcome with a classic. The designer Roberto Diz will visit the workshop and will encourage them to bet everything on black.

In the team challenge, the contestants will travel to the Teatro Real in Madrid, where they will receive a masterclass in sewing by one of the most important costume designers in the world: the winner of three Oscars Sandy Powell (Shakespeare in Love, The Aviator, Carol, The favourite). The teams will have to reproduce two suits from the Royal Theater’s tailoring shop, which would be worn by women of the upper bourgeoisie of the 19th century. In addition, in this same test, one of the expelled trainees will return to the workshop. For the repechage, Mariana Barturen, one of the best hat makers in Spain, will give each of the participants a flower that they must integrate into their design.

In the elimination test, black aprons will face circular fashion, recycling or upcycling, that is, making new clothes from something that already exists to give the garments a second chance. The apprentices will be able to demonstrate their creativity and teach everything they have learned by recycling one of the garments they have made in the workshop in other programs. They will have the advice of “las Retales”, Bibiana Fernández and Anaben Alonso. In addition, María Escoté will also participate in this test by transforming one of her garments.

The veteran secret agent James Bond is in a clinic on rest. However, when the Spectra organization steals two nuclear missiles, they are tasked with stopping the intentions of these villains. The adventure will take you from England to the Bahamas and the south of France, always haunted by the beautiful but deadly Fatima Blush.

This revision of “Operation Thunder” marked the return of Sean Connery as agent 007 after the stage started by Roger Moore. In 1971 Connery flatly refused to return to play James Bond, however, the fans of the series demanded his return, so he finally agreed to star in this “Never Say Never Again”. In fact, his return, and the prospect of saying goodbye to Connery as Bond, is one of the few draws to the film, which the critics, in general, did not treat very well. Another highlight is the always seductive “Bond girls”, this time, played by Kim Basinger (in one of her early roles) and Barbara Carrera. As for the director, it is Irvin Kershner (“The empire strikes back”).

Read Also:  Noah Sorota is the composer of the new sci-fi series

‘El Hormiguero’ opens the week with the visit of Susi Caramelo (9:45 p.m.)

The Hormiguero 3.0 The week starts with a smile assured when receiving the presenter, reporter and comedian Susi Caramelo, one of the most daring and carefree faces on television. The comedian has made her mischievous and clever style her hallmark.

Suat, who came to take Piril away, doesn’t want to let Sarp bother his daughter any more. Bahar will surprise everyone and ask Piril to go with her back to Istanbul. Because now the protagonist is determined to go to Tarlabaşı and tell the police everything… Will Piril comply with Bahar’s request? What will Sarp think? Also, while Nezir has new clues about the movements of Sarp, Piril and company, Sirin will receive his own medicine at work. In turn, Arif will alert Ceyda about the serious situation that Bahar is experiencing. The neighbor of the protagonist will continue to know even more about Emre’s new life.

Danny Gallagher, a discredited narcotics detective, is released from prison and plans to get revenge on the accuser who framed him and killed his partner. In his quest, Gallagher is forced to confront a seductive and relentless government agent, who may or may not be on his side, and his mentor, a retired police officer who has fought corruption his entire career.

‘The debate of the Temptations’ reveals today who has asked for a confrontational bonfire (10:00 p.m.)

The latest events in ‘The Island of Temptations’ have led one of the protagonists to the need to reconnect with his partner and during ‘The Debate of Temptations’ it will be revealed who requests the celebration of the confrontational bonfire. In addition, the space will broadcast the first minute of the sixth installment of the program, with Lucía’s reaction upon waking up after having slept with Lola and Carlos.

‘A policeman in distress’, successful French comedy by Dany Boon, on laSexta (10:30 p.m.)

Johanna Pasquali is a young policewoman but she is not like the others. For the other policemen she is nice but totally void. However, endowed with good skills, her clumsiness makes her a threat to criminals … And to people. She is assigned minor missions, but she trains tirelessly, in her spare time, to realize her dream of being the first woman to join the elite raid group, the Special Corps.

So-yeon, from tiara, reports a stalker intruding into a residence → police investigation 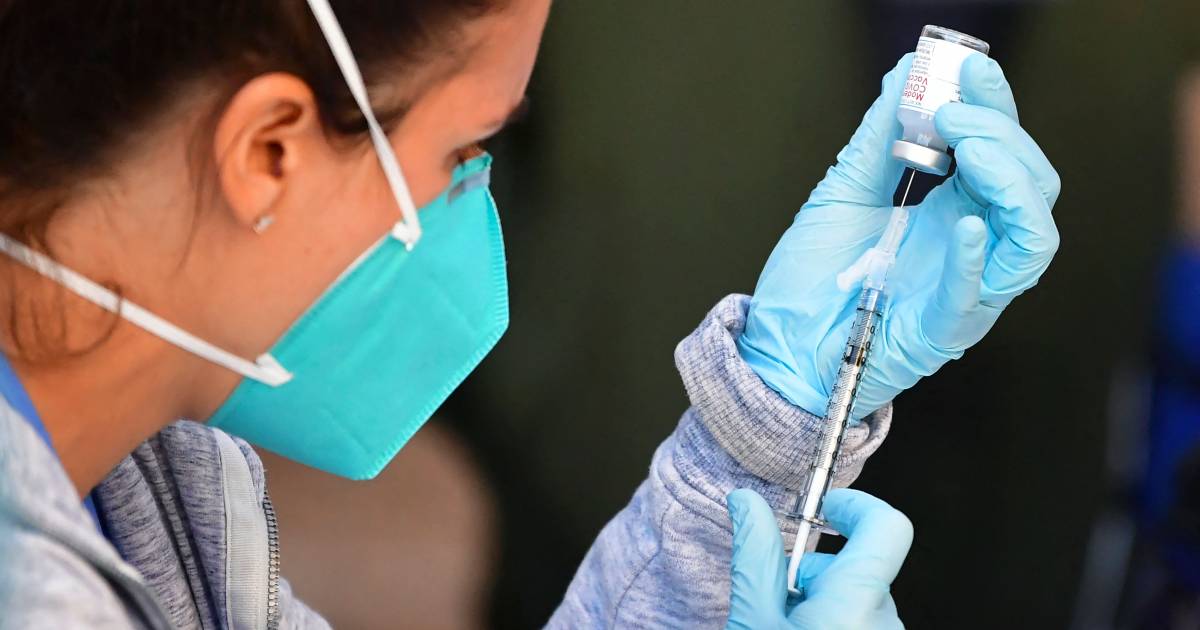 Little confidence in Van de Beek’s basic place: ‘Then United will have problems’

After their separation .. 20 photos of the wife of divorced Angham

Dollar today touches the 22; Mexican peso falls to a worse level in more than 3 years