Maria Theresa: The Empress and Smallpox – a vaccination pioneer 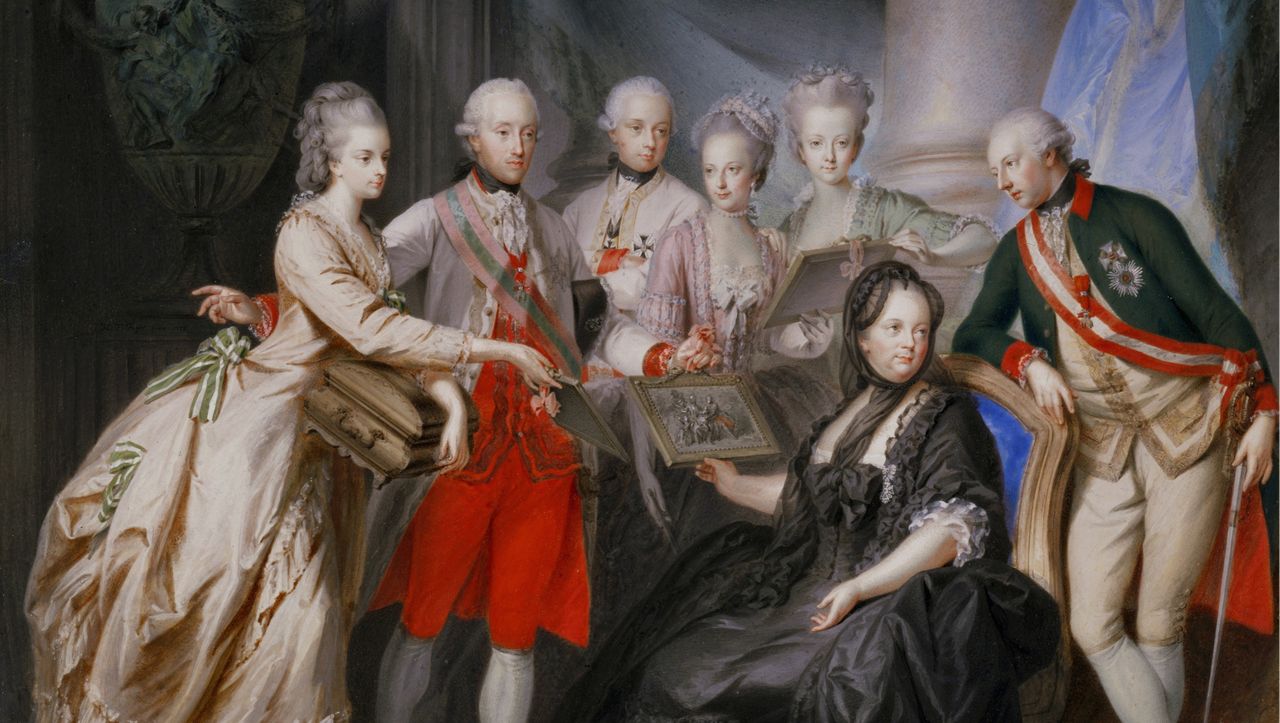 It was a hug that almost killed Maria Theresa of Austria, Empress of the Holy Roman Empire. In May 1767, the Habsburg woman hugged her daughter-in-law, who was suffering from smallpox, one last time, and then the terminally ill Josepha was locked up in her hospital room. The short contact was enough: A few days later, the leaves broke out at Maria Theresa too. The court in Vienna was afraid – because a third of those infected did not survive the disease. On June 1, the Empress requested the sacraments of death. But miraculously she survived.

Maria Theresia, then 50 years old, must have known about the risk when hugging. Smallpox – also known as leafing – was considered the most dangerous infectious disease in its day, worse than the plague. The infection was transmitted in a very similar way to Covid-19 at the moment: Coughed briefly, and you could start with fever, shivering, numbness, headache and body aches, nausea. After a few days, the smallpox that gave the disease its name appeared. First red spots, then pus-filled pustules that scabbed and scarred – provided the patient survived.

Children and adults died of the disease. Others survived with severe consequences; they became blind, deaf or scarred. After her recovery, Maria Theresa is also said to have hung the mirrors in the Vienna Hofburg so as not to be reminded of the pox scars. Those who survived like them were immune to the disease for life – such as Mozart, Beethoven, Goethe or France’s Sun King Ludwig XIV. Countless others were less fortunate, including many crowned heads.

The arch enemy of the House of Habsburg

The smallpox had thwarted the Habsburg family’s policy several times. Her first daughter-in-law, Isabella von Parma, died of the infection in 1762 – as the wife of Maria Theresa’s son Joseph, she should have taken over the regency with him. Then Joseph’s second wife, Josepha, succumbed to the disease.

The list of smallpox victims in the imperial family was much longer, because Maria Theresa had also lost four of her 16 children of her own to the plague: her first daughter Maria Elisabeth died at the age of three, Johanna at the age of twelve and Karl at the age of 16 Josepha followed as a 15-year-old shortly before she was supposed to marry King Ferdinand of Naples (who then had her sister Maria Carolina as a wife). At least two other children survived.

If a family member suffers from smallpox, the empress did everything possible to help. At the court and in the country, prayers were called. Otherwise, Maria Theresia trusted her personal doctor, the Dutchman Gerald van Swieten, who mostly ordered bloodletting. He couldn’t do much more. There were no cures, the patients had to suffer from smallpox. Some survived, others did not. Van Swieten, who had lost a son to smallpox himself, was convinced for a long time: there was nothing left to be seen.

But the empress did not want to watch powerlessly as she lost children and children-in-law, and made the smallpox vaccination a top priority. She is said to have once called smallpox the arch enemy of the House of Habsburg. And as soon as she was well again, she declared war on this enemy.

Vaccine opponents, as old as the vaccination

The discussion about smallpox vaccination had been going on in Europe for some time. The idea to control people with weakened pathogens of a disease in a controlled manner and to immunize them lifelong through a mild course originally came from Asia. Smallpox secretions have been administered to healthy people there for several hundred years. Mary Wortley Montagu, wife of the British diplomat in Constantinople, was introduced to this method in 1718 and was able to convince English doctors to continue the principle.

Europe’s monarchs quickly became aware of the new process. In long correspondence between the courtyards, they weighed the benefits and risks. England was a pioneer in the field. The British heir to the throne, George II, had his children vaccinated against smallpox as early as 1722. It was probably Voltaire who brought the idea of ​​vaccination from English exile in 1728 and made it known at the court in Prussia. Maria Theresia got the tip to have her own children vaccinated, at that time by her cousin Antonia of Saxony, who in turn had been persuaded by the Prussian king Friedrich II.

At that time, the immunization methods were also called variolation, after the Latin name for smallpox: Variolae. Human leaf secretion was injected, swallowed, or injected into the healthy body to prepare the immune system for a real smallpox infection. But this live vaccination was risky: two out of a hundred vaccinated people died from the immunization. In contrast, about 30 out of 100 patients did not survive an uncontrolled outbreak of smallpox.

Parents faced difficult balancing. They had to choose to either face fate and eventually lose their children to smallpox. Or accept the risk of complications from vaccination if you had a healthy child vaccinated – which would then be protected for life. Maria Theresia also wavered again and again whether vaccination with its risks was really preferable to the risk of infection.

In order to secure her decision, Maria Theresa corresponded with relatives and also sought contact with experts. In 1768 she wrote to the English vaccination pioneer Daniel Sutton to get him to visit, but he did not want to come to Vienna. So the Viennese doctors continued to test the vaccination process on their own.

As usual at the time, experiments were carried out in orphanages. The subjects were not asked. When after several rounds of experiments the imperial personal physician van Swieten saw that the approximately 100 children had survived the vaccination well, Maria Theresa went one step further and also had four of her own children vaccinated. None of them fell ill.

The empress then had an inoculation house built for the population in Vienna and also persuaded her own adult children and many other relatives to immunize. The ruling family set a good example. However, the monarch Maria Theresia, who was so open about the immunization question, did not impose an obligation to vaccinate.

The news from Vienna spread through the networks of the high nobility all over Europe. Maria Theresia was in permanent contact with her already married adult children at various farms and knew very well who vaccinated and who not. Her daughter Marie-Antoinette, whom she had successfully and prominently married to the French heir to the throne, reported in letters that her husband Louis XVI. had been vaccinated – after all, his predecessor was Louis XV. kill smallpox. Louis XVI then did not die of smallpox, but under the guillotine of the revolutionaries.

Not least, the aristocracy thus promoted the idea of ​​vaccination against smallpox and promoted research – in order to ensure the continued existence of the families. For ordinary people in the country, however, the risky procedure remained unpopular for a long time; Austrian doctors therefore even considered a medal or a financial reward for family members who wanted to be vaccinated.

It wasn’t until 1796 that the English country doctor Edward Jenner took the decisive step from variolation to vaccination. He had noticed that people who were infected with a milder form of cowpox were also immune to human pox. He continued to research and finally developed the “Vaccination” – named after the cow. Vaccination was invented.

The procedure prevailed throughout Europe and worldwide – with different speeds and success. However, the opponents of vaccination were also not satisfied with the new method: Some considered it fundamentally blasphemy to oppose something to the heavenly plan. Others feared that animal and human secretions would be mixed and that human beings would be bitter.

With large-scale campaigns or even laws, the authorities finally ensured that large sections of the population were vaccinated – and that smallpox gradually lost its horror. In 1807, the Kingdom of Bavaria was the first country in the world to introduce vaccination. The Grand Duchy of Hesse followed, Prussia hesitated.

Then, however, the Franco-Prussian War in 1870/71 brought with it a smallpox epidemic that, with 125,000 deaths, claimed many times more victims than the war itself. Now the newly founded German Empire dealt with the question that Kaiser Wilhelm finally signed in 1874 Reich vaccination law.

Smallpox vaccination was further developed and the risk of vaccine damage was further minimized. The story of the fight against the leaves is a success story. In 1979, the WHO declared the world free from smallpox. 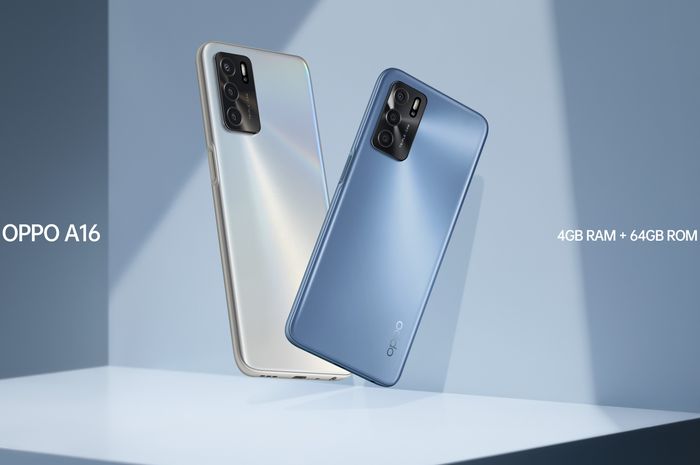