Margit (103) cannot get a place in a nursing home 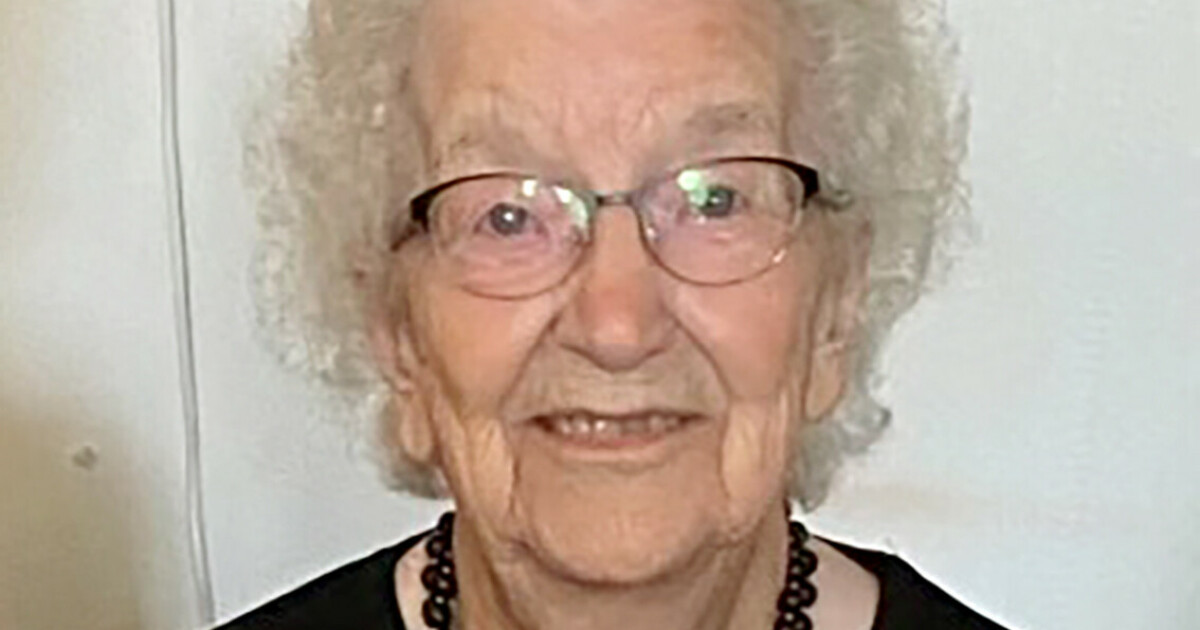 Who is qualified for a bed and care place in a nursing home in Marker when there is no room for the oldest resident of the municipality Margit Helene Tangen (103)?

Reply: Hospital patients for whom there is no room Østfold Kalnes Hospital in Sarpsborg.

This was the reason why the family had when the oldest of 3,600 inhabitants of Marker had to leave Mark Living and Nursing Home Service Center in Ørje on 7 September after 12 days of serious health conditions due to the salt content in the blood.

Margit Helene, who turned 103 last Sunday, and the family had already seen their application for residence refused before the emergency hospitalization.

Reason: It is full both at the municipal service center and at the Askim health center, in the nearby municipality of Indre Østfold.

Institutions such as housing and service centers and health centers are what older generations most often refer to as nursing homes.

Now the 103-year-old has again received a temporary stay at the Marker Housing and Service Center after a few insecure and heartbreaking days alone in his own apartment.

It doesn’t help to wait an hour for the ever-so-good household helpers in the municipality when you need physical support to go to the bathroom.

Smaalenenes Aviswho followed the elderly elderly usually resident in the municipality of the border with Sweden, writes that it was the assessment of the municipal doctor that led to a new stay at the municipal institute.

– In the rest of the world

As long as it lasts.

– He feels treated unworthily, the 103-year-old asks the local newspaper on the phone.

– Yes, at the same time I understand that we must give a place to those who are even sicker than me. I couldn’t refuse him. But I probably feel I am a bit advanced in the world. Because I can’t do it at home, replies Margit Helene Tangen – Margit in everyday life.

Dagbladet has been in contact with his son Knut Tangen (63), who lives in Moss, and daughter-in-law Randi Tangen (70) in Ørje, right next to his mother-in-law.

They both use the word “unworthy” because of the way the eldest of the family was treated when she had a health problem.

But he quickly adds, independently:

– We do not have the slightest negative thing to say about the health personnel who work here, quite the opposite. And we also hold no grudge against management’s explanation as to why there is no room. But there is something higher up in the system that we really ask ourselves: how will care for the elderly go forward?

Margit’s son, Knut, comments for his part, mostly seriously, with a modest undertone of self-irony:

– The health system is already in trouble. We have reason to be concerned. Is aging in this country like Russian roulette?

And he adds about the 103-year-old mother:

– She was healthy and strong for most of her life, she managed to live alone until this summer. You belong to the generation that wants to be as little a nuisance as possible for others. She was lucid as a young woman. Until the illness came, she would call me from time to time with updates on news I had not heard.

Another point in favor of which the son and daughter-in-law say nothing:

The 103-year-old has his entire family around him within an hour’s drive. And they line up.

He himself was a professional driver until he suffered a stroke this summer.

Grateful for managing yourself

When Margit turned 100, she received a visit from the then mayor Kjersti Nythe Nilsen (Ap).

Then he shared his recipe for rounding numbers to three digits: work and faith.

She worked in shops, ran a garden with her husband and a flower shop.

– I’m so grateful that I can handle myself, get up, shower and cook, she said on her 100th birthday to The little ones.

– The whole of Norway needs to be prepared

Why is Marker’s service center / nursing home so heavily burdened that there is no room for the 103-year-old sick man from the municipality?

Council’s corporate director for nursing and care, Morten Aalborg, is very understanding of the family’s frustration.

– Unfortunately, Marker, like many other municipalities, is under pressure where hospitals send very sick patients home. So we have to give priority to the sickest ones. This is a situation all of Norway must be prepared for in the future, he apologizes to Smaalenenes Avis.