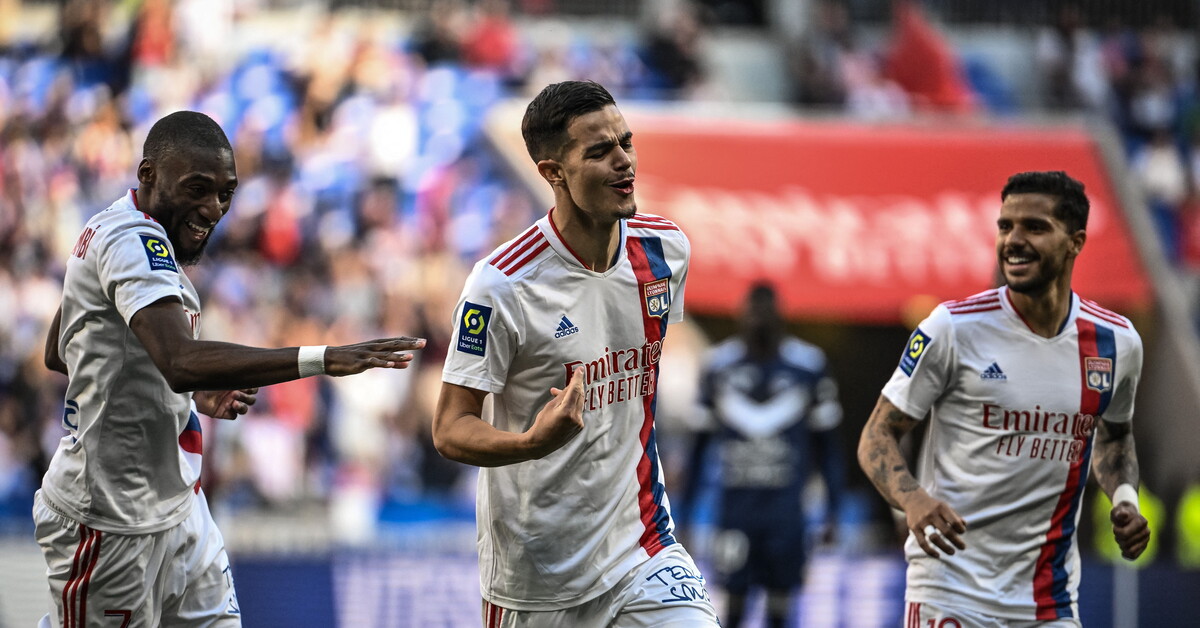 The Rossoneri have returned to step forward for the Lyon midfielder. The Brazilian asks for a salary adjustment

BOTMAN SHADES, AGREEMENT WITH NEWCASTLE
Sven Botman has left Milan permanently. The Lille defender, in fact, has decided to accept Newcastle’s proposal, reaching an agreement in principle. The English club had already presented the French with a higher offer than the Rossoneri: 37 million euros plus bonuses against the 30 of Maldini and Massara. Now the Italian champions will have to find an alternative for defense.

FAIVRE, BACK OF FLAME
The ex-Brest midfielder, already courted by the Devil this winter, had preferred to stay in Ligue 1 by moving to Lyon. After an unexciting second part of the season, the ’98 class is once again in the sights of Milan: to associate the name of Faivre with the Rossoneri is Mundo Deportivo, according to whom the Milanese club would be ready to launch a new offensive in the coming weeks.

LEAO RENEWAL, 6 MILLION ASKED
The Portuguese knows he is the pearl of the Rossoneri chest, so he dictates his terms without fear. According to La Gazzetta dello Sport, Leao would have asked for a contract worth six million per season. The Rossoneri management thinks about it: the figure is high, so much so as to slow down the dialogue with his entourage.

COLOMBO SENT TO LECCE
After the experience in Serie B with Spal (which ended with 6 goals on the scoresheet), Lorenzo Colombo is ready for another loan. The Rossoneri-owned striker will play for Lecce, now it remains only to file the details. The agreement is based on a loan with the right of redemption plus counter-option in favor of the Rossoneri.

MILAN, MARKET READY TO TAKE OFF
It could be Milan next week. Between Tuesday and Wednesday the blessed renewals of Maldini and Massara could arrive who, as evidenced by the meeting of the ds with Pinto, are in any case working on the team of the future. The Gazzetta still talks about some details to be polished and, at least in theory, there should be no surprises. The conditional, however, as in any negotiation that is dragged down to the last day, is a must also considering that the ownership does not arrive at any denials on the possible agreement but, to date, not even confirmations. Meanwhile, on Monday, Origi is expected to arrive in Milan for visits and signings, which will officially be the Rossoneri’s first signing. As for Botman and Sanches, left on stand-by just waiting to resolve the corporate issues, news is bouncing from France on the possibility that their sales, certain, by Lille, may be postponed to July without the need for them. as it seemed, to collect by June 30th. In any case, as written yesterday, Maldini and Massara keep the door open to alternatives: Douglas Luiz for the midfield, Malick Thiaw or Maxime Esteve for the defense.

MILAN, MEETING FOR DOUGLAS LUIZ
AC Milan probes the ground for Douglas Luiz. During the day the Rossoneri managers would have met the Italian agents of the player. A summit to understand the possible margins of the operation and the economic demands. Linked to Aston Villa for another year and very interested in the possibility of a transfer to the Rossoneri, Douglas Luiz would be the profile identified by Milan to reinforce the median if he were to permanently skip the Renato Sanches track.

THE NKUNKU DREAM BLINDS: OFFICIAL THE RENEWAL WITH LIPSY
“I am happy to continue wearing the RB Leipzig shirt. I was really impressed with the club’s efforts to keep me.” These are the first words of Christopher Nkunku after the announcement of the renewal with Leipzig. The Frenchman will join the Roten Bullen for another two years. About him there were rumors of Milan and even Real. According to Marca, the Frenchman wanted to insert a 60 million clause that will be activated from next season.

MEETING WITH ROME FOR FLORENZI
The meeting between the Rossoneri and Roma took place today in Milan to talk about the redemption of Alessandro Florenzi. Present the Giallorossi GM Pinto, Maldini and the ds Massara. The agreement is very close for a figure close to 3 million euros.

ORIGI ARRIVES MONDAY
Divock Origi is expected to arrive on Monday. The former Liverpool striker will carry out medical examinations and sign the contract. The Belgian will then remain in Milan awaiting the Rossoneri meeting scheduled for 4 July.

JUMP THE HYPOTHESIS ENZO FERNANDEZ
The Enzo Fernandez hypothesis for Milan immediately vanished. The young talent of River Plate, in fact, has been hired by Benfica for a figure of around 10 million euros plus another 8 bonus. The Argentine had ended up in the Rossoneri’s sights as a possible alternative to Renato Sanches.