Los Angeles Lakers breathe: there is a date for the return of LeBron James and Anthony Davis 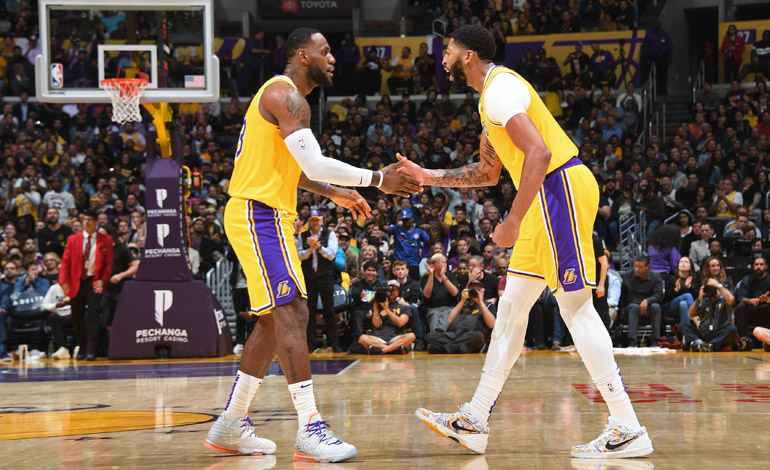 The last two months have been very difficult for the Los Angeles Lakers in the current season of the National Basketball Association (NBA), mainly due to the absences due to injury of its two top figures, Anthony Davis and LeBron James, which has made them fall dramatically in the Western Conference.

The problem in the area of ​​the Achilles tendon, in the case of The Brow, and the sprained right ankle of the King, have forced his coach Frank Vogel to modify his strategy, and the results are clear, four wins and five losses with both absent.

But it seems that the days of suffering for the Lakers are about to end, since Marc Stein, a journalist for the New York Times announced the tentative dates for LeBron and Davis to return to the court, all of them in the final stretch of the current season.

When are LeBron and Davis coming back?

According to the report, the first to return would be the former New Orleans Pelicans, who would do so for the Superclásico against the Boston Celtics next Thursday, April 15, at Staples Center, exactly two months after his injury.

In the case of LeBron, we will have to wait a little longer, warns Stein, in fact there is no clear date regarding when he will play for the Lakers again, although the most positive forecasts hope that he will be available at the end of April, for the round of games that he will have at home against the Sacramento Kings (April 30), the Toronto Raptors (May 2) and the Denver Nuggets (May 3).

Read Also:  "Divine pleasure": the pope spoke about the pleasure of sex

For the moment, the Laguneros will have to continue facing games without the presence of their sword aces, with pressure in addition to staying in direct qualifying positions for the postseason. (GG) (Bolavip)