“Lonely Planet”: A German city is one of the trendiest travel destinations in 2023 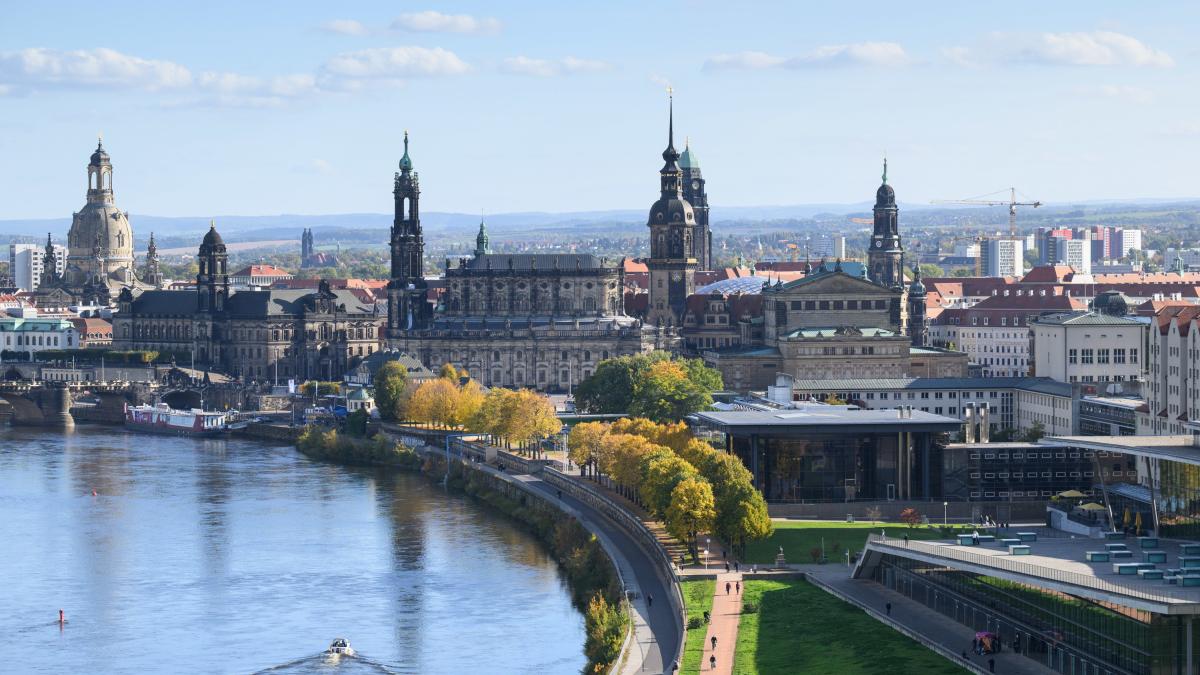 Travel Next to El Salvador and Marseille

“Lonely Planet” ranks Dresden among the best destinations for 2023

Dresden is an added bonus: the “Lonely Planet” travel guide lists the Saxon city as one of the trendiest destinations for 2023. There, as a reason for choosing, one can experience “the very heart of the travel destination”.

dhe Saxon state capital Dresden will be one of the trendiest tourist destinations in the world next year according to the travel guide “Lonely Planet”. In the global list released online Wednesday, “Best in Travel 2023“ the city on the Elbe is located next to destinations such as Accra (Ghana), Sydney (Australia), Montevideo (Uruguay), but also entire countries such as Guyana, Jordan and Albania.

It is the 18th time that the nearly 50-year-old Lonely Planet brand has recommended travel destinations for the coming year. Senior Vice President of Content and Executive Editor Nitya Chambers points out that Best in Travel aims to show “how to get away from the crowds and get to the very heart of the destination.”

In Dresden, one should be able to “learn something new”.

There is no longer a best-in-travel book (the older version of the book is taking a break, they say). Also there are no more rankings, but 30 goals in five categories such as “Eat” and “Relax”.

Dresden is listed in “Learn New Things” along with El Salvador, the US state of New Mexico, Marseille in the south of France, the city of Manchester in England, and the Southern Scotland region.

Considering Dresden a “waking city”, the list praises the fact that urban renewal will continue in 2023: “The Altmarkt is to be reopened with greater accessibility and according to climate protection criteria. On one side of the Elbe is the carefully reconstructed old town, on the other the modern center with craft beer, international cuisine and great street art.” The Elbe Sandstone Mountains with their “fabulous natural scenery” are only a short train ride away.

In Germany, Dresden is known as a cultural metropolis with the Semperoper, the Zwinger, the Saxon Staatskapelle, the Green Vault, the Frauenkirche, the Old Masters Picture Gallery and the Striezelmarkt which is one of the oldest and largest Christmas markets in the world .

Dresden is also the city of Pegida and angry citizens

In recent years, however, the city’s image has also suffered. The twelfth largest city in the Federal Republic in terms of inhabitants has often made headlines, for example with the extremist and Islamophobic movement Pegida and as the center of so-called angry citizens.

With its list, “Lonely Planet” wants to pay particular attention to meaningful travel experiences, according to the brand, which in Germany belongs to MairDumont, Germany’s largest travel publishing group based in Ostfildern near Stuttgart.

The aim is to help with individual travel planning with local expert advice. “The Food category includes, among others, the capital of Peru, Lima, alongside chef Ricardo Martins, affordable world-class food in South Africa and the culinary scene of Umbria in Italy. Under the heading “Journey” you’ll find, for example, the night train between Istanbul and Sofia in Bulgaria that has been reinstated, as well as a long weekend road trip through Nova Scotia in Canada’s dramatic Atlantic Province, reported by the surfer Dean Petty. “

The “Lonely Planet” brand, launched in 1973 and claims to have printed more than 145 million travel guides over the past 49 years, has been picking ten “best” cities, towns and regions for many years. “Best in Travel” is therefore one of a large number of editorial lists presumably picking trendy travel destinations for a year.

For example, the “52 Places to Go…” list of the “New York Times” is well known. The book “Marco Polo” “Where is the journey going? – Best goals for 2023”, in which, among other things, Mannheim is recommended due to the upcoming Federal Horticultural Show.

In last year’s “Lonely Planet Best in Travel 2022” list, still published as a book, Freiburg im Breisgau was ranked third among cities, behind Auckland in New Zealand and Taipei in Taiwan.

For 2021, “Lonely Planet” had refrained from picking ten major cities, towns and regions due to the coronavirus pandemic. Instead, inspiring characters, travel destinations and tourism projects were featured in an online campaign.

For 2020 – without any knowledge of Corona – the Austrian Salzburg has been heralded as one of the best travel cities, mainly due to the 100th anniversary of the festival. Bonn was in fifth place at the time due to Beethoven’s 250th birthday. For 2019, Germany finished in second place among the states mainly due to the Bauhaus anniversary. For 2018, Hamburg was the fourth largest city. In 2016 Bavaria was eighth in regions, in 2010 Germany was second in the States.