Live Is Live | The National keeps it sober 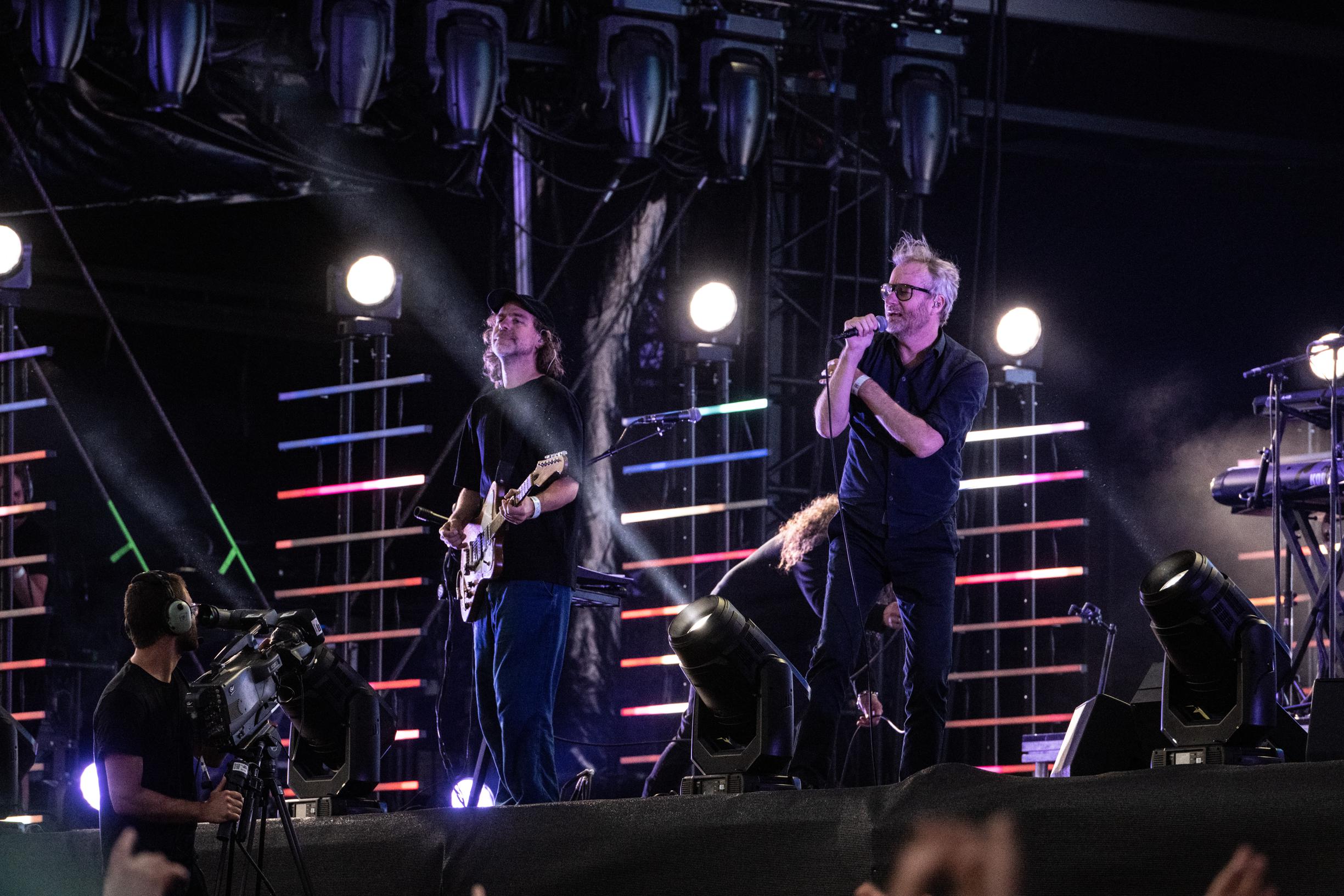 We love The National and The National loves us. That became clear again on Friday evening on Live Is Live. The closing moments of the very first day in the history of the festival eagerly sprinkled with hits and highlights, although it was rarely exciting. Before that, it lacked elements that made the live shows of this collective so memorable in the past.

The National loves speciallekes in our regions. At the end of 2017 the band played Boxer integral in Forest National in honor of the tenth anniversary of that key plate. The Americans closed the Pukkelpop Marquee twice in 2019, partly with a set composed by listeners from Studio Brussel. In a coronaless 2020, ten years of High violet would have been celebrated at Best Kept Secret. So curious what Matt Berninger and his band of brothers had in store for us on this festival day built around them.

In terms of muscle roll, opening with breakthrough song ‘Bloodbuzz Ohio’ could count. The tone was set for a set full of recognisability. The modern cuddly rock classic ‘I need my girl’ soon appeared as well. This transitioned seamlessly into the disarmed ‘This is the last time’, after which a stunning ‘Slow show’ skilfully completed the hat-trick. That piano suddenly falling in, the crescendo of wind players and the beautiful text remains intact even after a false start by Berninger. The moment to draw the love of your life extra close to you.

Latest record I am easy to find remained untouched due to the lack of female voices, with the exception of the tranquil ‘Light years’. It was already clear then that the emphasis of this show was on older work, although two new songs appeared with ‘Ice machines’ and ‘Tropic morning news’. They hooked up seamlessly with material from oldie Alligator and the more electronic Sleep well beast.

With a set list like this, climaxes were almost naturally frequent, such as the almost magically swelling ‘England’ or the sing-along moment during ‘Fake Empire’, ushered in by the piano intro. Only everything sounded quite slick by The National standards. The band played almost flawlessly and even Berninger behaved remarkably professionally. The unamplified yelling at the front rows quickly became a lip-reading murmur, and exceptionally he didn’t dove into the crowd during the finale of ‘Mr. November of Terrible Love’. Only a young fan got a visit during the closing track ‘About today. No unamplified ‘Vanderlyle crybaby geeks’ this time, unfortunately.

It was a pity at times how well-behaved The National sounded here as the end of ‘their’ day. Berninger even let all the wine and thus contributed to a fairly sober set. Little tongues might consider pacing with a cup of white wine or diving into the crowds after all these years as gimmicks, although without those Great Gestures it was a pretty dry show. Never boring, but certainly not exciting or refreshing either. That would have been nice to end such a sweltering day.