LIGUE 1 – Champions League, Europe, play-off, relegation… The stakes and scenarios of the 38th and final day

Champions League: Monaco in hand, Rennes must hope for a stroke of luck

Is Sampaoli playing his last match with OM? “He puts pressure when he owes accounts”

PSG having already been champions for a few weeks now, there is still a place not to be missed at the top of the table during this last day: the second jump seat, which offers a direct ticket to the Champions League group stage. And this Saturday, the fight promises to be thrilling even if Monaco has taken an option in this quest, thanks to its crazy series of victories in L1 (nine). Before the last day, ASM has just recovered the status of PSG runner-up thanks to a better goal difference over Marseille, which fell to Rennes last Saturday (2-0). But nothing is done yet.

OM (3rd) can still hope. And Rennes (4th) too. The club of the insatiable Wissam Ben Yedder, who goes to Lens this Saturday, however has the cards in hand. It will remain second if it wins in the North. While keeping a better goal difference over Marseille. Third, OM, which hosts Strasbourg, must for its part do better than ASM so as not to see its dreams of direct access to the C1 darken. Or try to get back four units behind in terms of goal difference if Marseille and Monaco win… Which looks complicated.

If they are the best placed, Monaco and Marseille are therefore not the only ones to dream of C1. A last club can also still believe in it: Stade Rennais. With their impressive goal difference (+42), the Bretons, who go to Lille, can still finish second or more realistically on the last podium step with this ticket for the preliminary round of the C1. For that, they will have to impose themselves while crossing their fingers so that Monaco and / or Marseille bow at the same time.

Aurelien Tchouameni with Matteo Guendouzi during Marseille – Monaco in March

Far from the dreams of C1 and its millions of euros to recover which can change the life of a club, there are two places to take to afford trips to Europe next year: the fourth, which sends the lucky elected in the group stage of the Europa League, and the fifth, which offers access to the play-offs of the Europa League Conference. If the Bretons hope for something else with the C1 in the back of their minds, Stade Rennais is in a strong position to accompany its neighbor Nantes, winner of the Coupe de France, in the Europa League. But Strasbourg and Nice are in ambush to take advantage of the slightest mistake in Rennes. It is however not won.

Strasbourg will have to win in Marseille for that. And Nice, which is moving to Reims, must put their heads back in place after the last few days marked by their lost Coupe de France final and their defeat against Lille (1-3). Not an easy task therefore for the Alsatians and the Azureans.

Behind, Lens has not said its last word for fifth place. But to find Europe and compete in the play-offs of the Europa League Conference, the Sang et Or, who remain on five successes in their last seven matches, are obliged to win against the Monegasque ogre while counting on a setback from Strasbourg (who have a much more comfortable goal difference) and a new poor performance from Nice.

Maintenance: Who with Bordeaux?

Lorient (17th with 35 points) avoided a suspenseful last day. They are now only three to tremble: Bordeaux, Saint-Etienne and Metz. With an ultimate goal for these three clubs: to finish 18th to afford the right to still believe in it and to compete in the play-off against a Ligue 2 club. The last two places indeed send their representatives to L2, without the possibility of catch up this time. And it is Bordeaux who are in the most uncomfortable position.

Last of the elite, the Aquitaine club would need a miracle to save itself: win in Brest while hoping for defeats from Lorraine and the Greens. But the Girondins also need during this last day to increase their goal differential compared to Metz (+12) and Sainté (+6). Clearly an impossible mission.

For Metz, the task is not easy either. The Lorrainers rub shoulders with Paris SG on Saturday. And if the Parisians have nothing left to play for, the Grenats will have to bring back at least the same number of points from the Parc des Princes as Saint-Étienne, who goes to Nantes. Otherwise, it is the Greens who will play their maintenance in the play-offs.

Mbappé vs Ben Yedder, Lille worst champion for 20 years? The “other” issues of the 38th day

This time, for sure: Di Maria will leave PSG 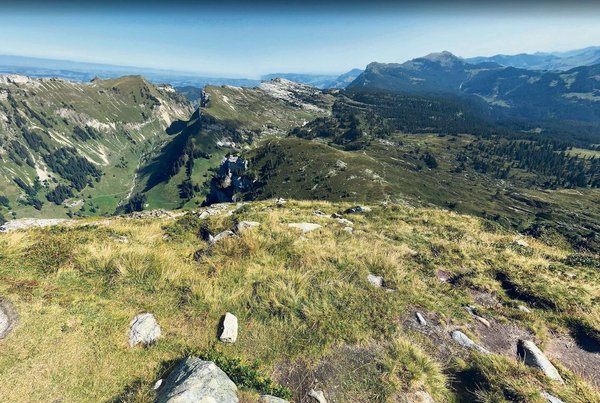