From now on, restaurants in Leuven have to close their doors from Sunday to Thursday at 11 pm, instead of at 1 am. The city council of Leuven decided this on Monday. On Friday and Saturday they can stay open until 1 am.

As everywhere in the country, the number of infections in Leuven is also increasing. In the past two weeks, 169 people tested positive. The Leuven city council has therefore decided to introduce stricter measures itself, on top of the national measures.

‘I want to ask everyone to show solidarity and responsibility, so that our hospitals do not become overloaded,’ says mayor Mohamed Ridouani (SP.A) about the new measures. ‘It is absolutely unpleasant to have to limit our lives again. But we have no choice: the figures are not good for the entire country. As difficult as it is, we have to persevere and make an effort and take care of each other again. ‘

The student matrix has also been adapted to the new federal measures: student activities may take place until 11 pm and a student may invite three close contacts to the room. The fakbars continue to follow the rules of the catering industry. Last week was Thursday tumult on the Oude Markt, where a number of students followed neither the mouth mask obligation nor the distance rules.

The other federal corona measures also remain in force in Leuven. You may have close contact with a maximum of three people and not invite more than four people to your home. The schools will remain in code yellow for the time being, youth work has recently also switched to code orange.

Violent assault on a schoolboy in Paris: “Yuriy told me he was afraid of dying” 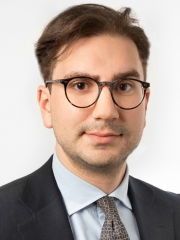 Career for the day: Sarikov on CBRE

The Cybernetic fighter was hospitalized in an emergency; they report it delicate

Quiz: Are you sure you know Roger Federer?