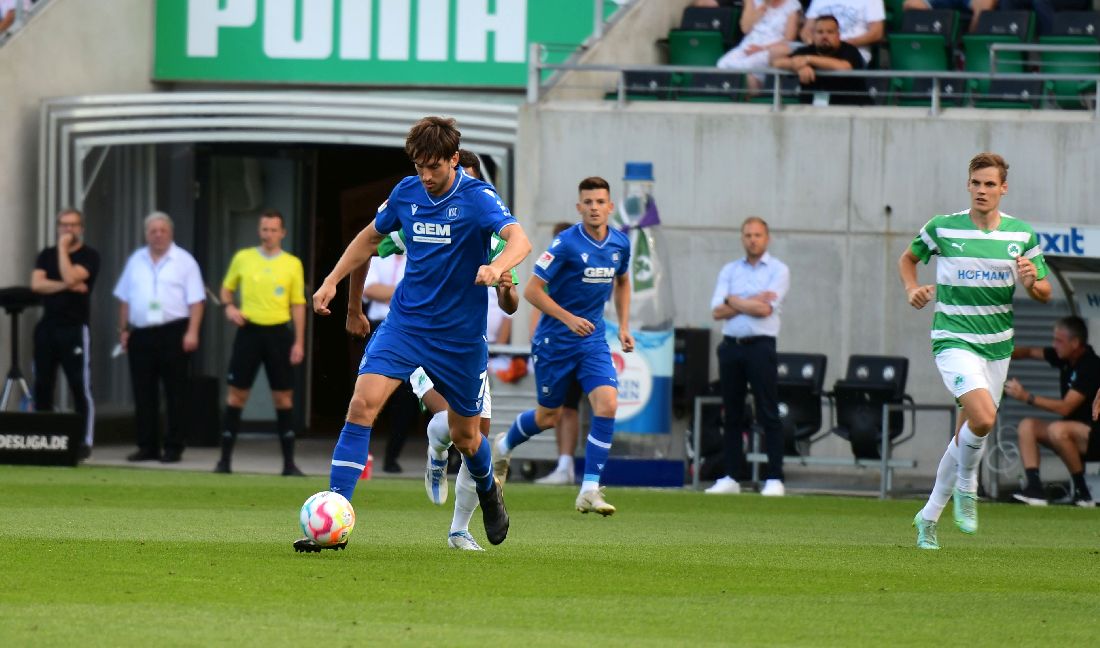 After two friendlies, the KSC professionals have a weekend off – Simone Rapp spends it in Ticino, at home. meinKA spoke to the KSC striker before leaving because he was not at his best at the moment and why he refused a puck operation.

Simone Rapp was looking forward to spending a weekend in his native Ticino, where the KSC striker will be able to return to be with the family he hasn’t seen for a long time. He spent 90 minutes on Wednesday in a 4-0 friendly win against FC Winterthur and scored 1-0.

He was not used on Thursday in the 5-2 friendly win against Mainz and then returned home. At the moment it is difficult for the newcomer from Switzerland to find his place on the team after a herniated disc in the cervical spine, which took him some time to prepare.

In an interview with meinKA, Rapp himself states that it’s not his best phase at the moment. “But I will work and continue to do so,” said the Swiss, who also explained to meinKA why he refused an operation and how he treated the problem.

KSC friendly against Winterthur. | purpose of the source

Mr Rapp, congratulations on the goal against Winterthur and finally 90 minutes back on the pitch. How are you after this match?

Simone Rapp: Tired, especially tired because I haven’t played 90 minutes straight in a long time. And it’s different from just replacing. Also, we have had some difficult drives over the past few days. Also, a game is a completely different strain from training. But I managed to play all the way and in the end I scored a goal again. This is also good.

You talk about being tired after the game. Did it also have something to do with the problems caused by the herniated disc in the cervical spine?

Simone Rapp: No, everything is fine there. I no longer feel any restrictions.

Initially you had to undergo an operation. They refused and opted for conservative therapy. Why no surgery and what does this therapy look like?

Simone Rapp: I received several opinions and then came to the conclusion that besides surgery, which is always an important procedure, there are other ways to treat it. For example, I regularly do strength exercises for stability.

I receive physiotherapy treatment from our doctor and also go to Steffen Wiemann regularly, who is also a very good osteopath and has his own practice near our stadium. Everything is fine for me and I’m glad I made this decision and to be able to play regularly again.

However, not in the starting eleven, but mainly as a substitute from the bench. Dissatisfied?

Simone Rapp: Obviously I’d like to play from the start, but it might not be my best phase right now. I know that. But you still have to work and continue. Then I’ll have my chance again.

You weren’t used in the Mainz test and now you have a weekend off. What are you doing right now?

Simone Rapp: I’m going home. In Ticino. Can’t wait to be with the family again. I haven’t seen them for a long time now. You will ruin me for sure.

When are you coming back?

Simone Rapp: I’ll be back in Karlsruhe at the beginning of the week and then it’s time to work, work and keep up to date on training.