In a major fire in Krefeld, the monkey house of the local zoo burned down completely. Dozens of animals died, including very old gorillas. And now there are unexpected turns.

Update from January 2, 2020, 1.30 p.m .: The informs on Thursday noon Krefeld police together with the public prosecutor about their current results of the investigation: According to the suspected culprits of the Krefeld Zoo fire around three women between the ages of thirty and sixty: a mother with her two adult daughters said loudly Attorney General Jan Frobel lit five sky lanterns together and let them rise – the handwriting on the lanterns can be attributed to the three women. The police found four lanterns, and the fifth lantern may have caused the devastating fire.

Krefeld Zoo accused are “in shock”

According to the police, the three women volunteered on New Year’s Day and without a lawyer – they are listed as accused. According to Karin Kretzer of the Krefeld police the three women show particular regret: “They are so sorry for everything. The women are in shock ”. All three have now been released. The women have to answer for the negligent arson, face imprisonment for up to five years or a substantial fine.

“People have them sky lanterns in the Internet bought and wanted to let them go with good wishes, “said Gerd Hoppmann. Head of the Criminal Investigation Commissioner, Apparently the women did not know that the sky lanterns were forbidden. Hoppmann added: “I find it very decent that the women have contacted me. The fact is largely cleared up ”. The investigators did not want to disclose any further details about the suspects.

About the condition of the dead animals, Hoppmann said that the animals on smoke inhalation or burns The experienced investigator Hoppmann explained that the burned animal carcasses resembled human corpses.

On the Krefeld animal tragedy also reacted at the press conference Real supermarket chain: It takes the “Sky Lantern” product, which is banned almost everywhere in Germany, from its online shop.

The spokeswoman for the Krefeld Zoo, Karin Kretzer, had the press conference On Thursday there was also relatively good news: “The two survivors chimpanzees is fine according to the circumstances. They got food and drink from their carers and accepted it. ”The two chimpanzees could no longer stay in the Krefeld zoo because the ape house could no longer be built up and demolished due to the large fire damage.

“We are overwhelmed by the sympathy of the population,” said zoo spokeswoman Kretzer – many of the Krefeld zoo already had it donate and donation commitments reached. The zoo will reopen on Friday.

Krefeld Zoo in criticism: Has enough been done for fire protection?

Meanwhile, it piles up criticism at the Krefeld Zoo. So it says from Leintalzoo near Heilbronn, that the Leintalzoo for fire protection is much better positioned and a drama like in Krefeld can be excluded: “We always go through the park on New Year’s Eve and when I notice that there is shooting nearby, I go out and point out to people that shooting is not allowed near hospitals, old people’s homes and zoos” said LeintalzooEmployee Sonja Geßmann opposite echo24.de*.

Also from theGerman Animal Welfare Association“It hailed after the press conference criticism to the Fire safety precautions in the Krefeld Zoo. According to statements by the Krefeld Zoo officials in the monkey house due to a gray area under building law fire alarm been installed. “After this catastrophe, this has to be critically examined. It is now a matter of hurriedly tightening up the building law and checking and retrofitting existing animal enclosures. New buildings may only be approved if fire protection is guaranteed, ”says Thomas Schröder, President of the German Animal Protection Association.

Krefelder Zoo director is concerned: “This is incredible”

Update from January 2, 2020, 11:37 a.m .: A sea of ​​candles in the night of Thursday in front of the Krefeld Zoo reminded of the more than thirty burned animals. “This is incredible,” said Zoo director Wolfgang Dreßen on Thursday morning in the WDR2 interview. For the employees, in addition to the care of the other animals, the Mourning processing in the foreground, “The pain that is there is incredibly deep.” There are still no concrete ideas as to how things will go on with the burned-down monkey house and the breeding of animals that are partially endangered in the wild, said Dreßen. But he is responsible for keeping apes in the Krefeld Zoo, said the director.

The fire was in the New Year’s Eve several great apes died, including orangutans, gorillas and a chimpanzee. The police are investigating negligent arson. Investigators believe that a sky lantern lit at the turn of the year could have started the fire. As the “image“Newspaper reports that sky lanterns according to the boss of the Criminal Investigation Department. Gerd Hoppmann, have been labeled by hand. The zoo remained closed on Thursday.

Update from January 1, 2020, 9:01 p.m.: It is a tragedy – more than 30 animals had no chance. At the fire inferno in the monkey house of the Krefeld Zoo, 21 monkeys died, including them eight great apes, With them, fruit bats and birds from the African rainforests fell victim to the flames. “Miraculously they have chimpanzees Bally and Limbo survived the devastating fire, ”wrote Krefeld Zoo on its website.

The zoo will remain closed to visitors on Thursday (January 2, 2020). The zoo would also like to thank them for their sympathy on the Facebook page: “And again, we would like to thank everyone for the overwhelming wave of compassion and offers of help that reach us online and offline. Thank you ”, can be read there.

One of the oldest zoo gorillas in the world died in the fire. Lived for 45 years Gorilla male “Massa” in the Krefeld Zoo. He turned 48, like focus.de reported. His partner Boma (46) is also dead. The population of the Borneo orangutans has been completely wiped out.

At the Krefeld police, there were on Wednesday afternoon (January 1, 2020) more people reported the so-called information on New Year’s Eve sky lanterns to have started. These sky lanterns made of thin tissue paper have been banned in North Rhine-Westphalia since 2009.

The people who are considered to be possible causes of the fire in the Krefeld Zoo have been questioned and their information will be checked, the police said. Since the verification of the information would take some time, the investigators plan to disclose information about the facts and suspects on Thursday.

An expert would also be currently investigating the location of the fire. Results would not be available until Thursday (January 2, 2020).

Update at 3 p.m .: In the meantime, those responsible speak of a million damage in the Krefeld Zoo. In photos you can only see the steel frame of the monkey house. In the fire on New Year’s Eve, the building burned down completely; most animals died. The Mayor of Krefeld, Frank Meyer (SPD), described the fire as “tragedy for the whole city”.

Meanwhile, the animal welfare association was “shocked” by the incident. According to those responsible, the fire is “terrible evidence of the dramatic consequences of uncontrolled rabies”. Because of the flame inferno from Krefeld, the animal protection association called for protection zones in which private fireworks should be prohibited.

Update at 1.30 p.m .: There is talk of a miracle: As the Krefeld Zoo announced in a press conference, two monkeys survived the flame inferno of the monkey house on New Year’s Eve against all expectations. Numerous monkeys died in the fire – including two gorillas, a chimpanzee and five orangutans. But the chimpanzees Bally and Limbo, who were already believed to be dead, survived – and according to the current status only suffered minor burns.

Burnt down monkey house: Forbidden sky lanterns are said to have triggered inferno in the Krefeld zoo

Update at 1 p.m .: Apparently have banned sky lanterns the fire of the Krefeld monkey house started. More than 30 animals died on New Year’s Eve, and the huge building was robbed by the flames. At a press conference, details became known how it happened conflagration could come how RP Online reported.

According to this, several of the so-called sky lanterns were found in the rubble. These are small balloons, that are made to fly with fire, These have been banned in many German states, including NRW, for many years. According to the police, the sky lanterns could, according to current knowledge, be the cause of the fire in the Krefeld zoo.

Raising sky lanterns can cost up to 5000 euros. In principle, a permit is required – but this is rarely given due to the acute risk of fire for the environment. The paper lantern has a burning time of up to 20 minutes and can Flight altitude of up to 400 meters to reach. Leaving sky lanterns near airports is generally prohibited.

There will be a press conference at 12 p.m. on New Year’s Day. Under a Facebook post of the zoo thousands of comments have meanwhile been made in which people have expressed their dismay. The Krefeld police also spoke on the social networks. The officials were “deeply affected,” it said in a Twitter post.

#Police #Krefeld is deeply affected. In the monkey house in #Zoo there was a bad fire. The cause is not yet clear. Many animals have died. The Kripo has started the investigation. Notes to 021516340. We will inform you when there is new information.

Original report from 6.35 a.m .: Krefeld (North Rhine-Westphalia) – On New Year’s Eve, an animal tragedy occurred in the Krefeld Zoo. The monkey house, in which among other things Orangutans and chimpanzees lived, burned down. The firefighters fought the flames for hours. The Fire is said to have broken out shortly after midnight.

Krefeld Zoo confirmed on New Year’s morning: Many animals in the monkey house are dead

The confirmed via Facebook zoo at 5.50 a.m .: “Our worst fears have become reality. There are no surviving animals in the monkey house. ”Only the gorilla garden was spared. The zoo spoke of an “incredible tragedy”. The zoo remains closed on New Year’s Day, the employees are “in shock”. Zoo spokeswoman Petra Schwinn said Image inquirythat the fire department offered the zoo employees the help of emergency chaplains.

Fire in the monkey house in the Krefeld Zoo: chimpanzees and orangutans had no outside facilities to escape

The monkey tropical house, which was built in 1975, offered the animals space of 2000 square meters. Only a dry ditch separated human visitors from the monkeys. In addition to the apes marmosets, agoutis, fruit bats and birds were also housed. So far, there was only an outdoor facility for the gorilla senior group – but not for the orangutans and chimpanzees. This became fatal for these animals because they had no way of escape.

In many zoos the animals are turned on New Year’s Eve because of the brawl anyway brought into soundproofed inner enclosures, such as from 4 p.m. in Munich’s Hellabrunn Zoo (tz.de * reported). The bang is a burden for the animals, and many are sensitive to the light reflections of the fireworks. The Munich zoo therefore appeals every year with Fireworks Keep your distance and not celebrate near the facilities.

The cause of the fire is still completely unclear, she learned dpa from the fire department. The Kripo determined. The city of Krefeld and the zoo have announced a joint press conference for New Year’s Day. Krefeld’s first Mayor Frank Meyer should go after image-Information visited the location of the fire at night.

Last one was Crocodile shot in Zurich Zoo, It had bitten into the hand of a zookeeper and hadn’t let go for minutes. 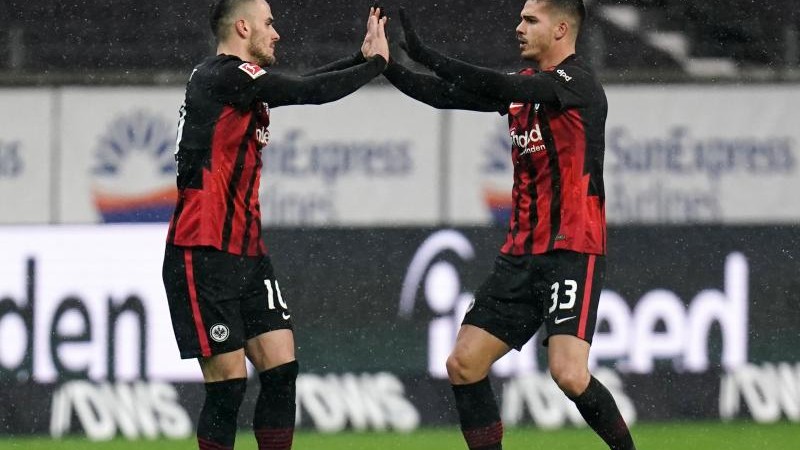 from educator to first lady of the United States

«Resident Alien» ?? Criticism of the pilot episode of the black-humored alien series –quotemeter.de

5 Types of Cough Based on the Causes Page all

VAZ-2102 with a trump trailer shocked the network

The CH discusses with Alexis Lafrenière