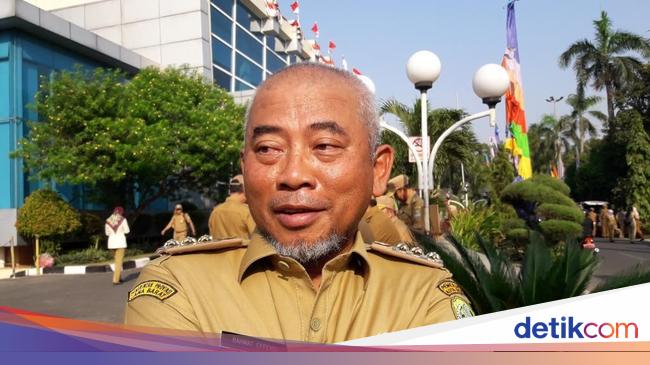 “It is true that the KPK has actively arrested state officials in the Bekasi area, West Java, this afternoon at 13.30, January 5, 2022, we have secured several parties with some money,” said Deputy Chairman of the KPK Nurul Ghufron to reporters, Wednesday (5/1). /2022).

Ghufron said the investigation team was still examining the arrested parties. He said the KPK would soon announce further information.

“We are currently examining the parties to make clear the alleged TPK that we are investigating. Please be patient in time, we will inform you after the examination process is complete,” he said.

Previously, the Chairman of the KPK Firli Bahuri confirmed that the Mayor of Bekasi Grace Effendi and other parties caught OTT. Firli said the parties were still being investigated.

“The Mayor of Bekasi and several related people are being investigated,” Firli told reporters detik.com, Wednesday (5/1).

The KPK is known to have conducted OTT in the Bekasi City area, West Java. Now the KPK has secured several parties related to the case.

“It is true, the information we obtained, Wednesday 5/1/2022 at around 2 pm, the KPK team managed to secure several parties in arresting activities related to allegations of corruption in the Bekasi City area, West Java,” said Acting KPK spokesman Ali Fikri to reporters, Wednesday (5/1).

Ali has not disclosed who the parties are detained. The KPK is still examining the parties for questioning.

“Currently, those who have been detained have been brought to the KPK’s Red and White Building for inquiries,” said Ali.

Furthermore, Ali said that the KPK would immediately determine the suspect in this alleged case. KPK has 24 hours.

“KPK has 1×24 hours to determine its attitude based on the results of the ongoing investigation,” he said.

“We will convey further developments,” he added.