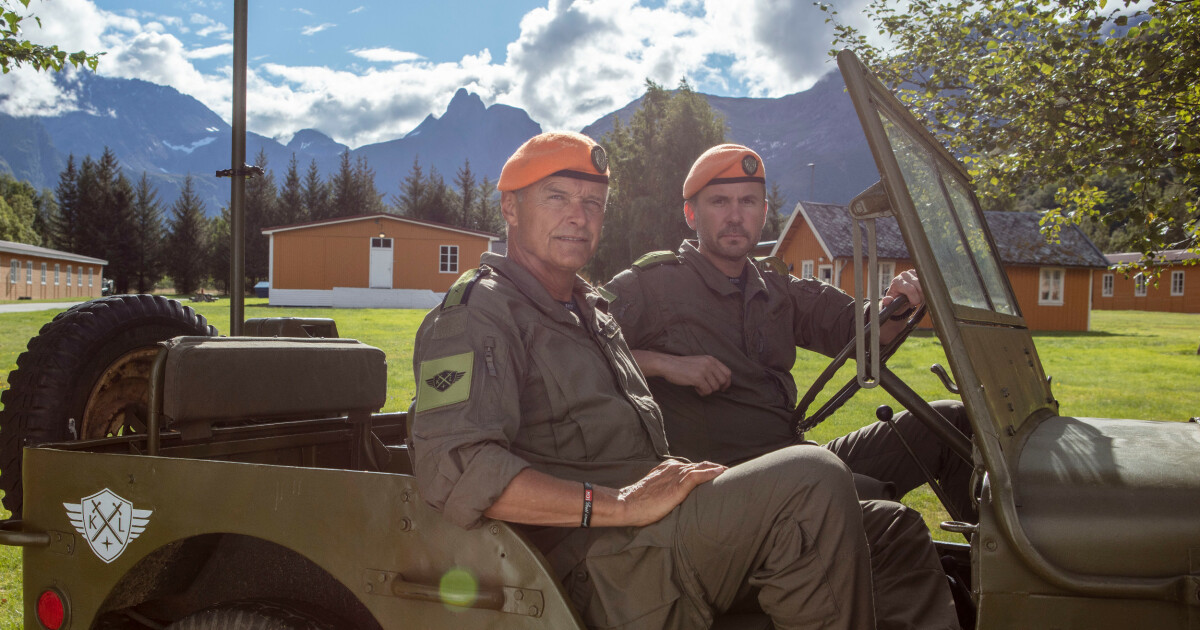 The TV company behind the TV 2 hit “Kompani Lauritzen”, Seefood, does not rule out to Dagbladet that they will find another place to record the viewer success in the future.

Until now, the recording has been based at the military base Setnesmoen at Åndalsnes in Rauma, but several destinations are said to have signed up in the battle for the significant marketing value of the production.

This year’s premiere of “Kompani Lauritzen” was seen by 1.2 million Norwegians, and according to Seefood, plans are being made for next year’s season these days.

Seefood has in fact been in contact with local actors in Rauma municipality and inquired about what the filming location has to offer in terms of sponsorship, in the form of goods, services and money, for example, according to the general manager of the local development company Nordveggen AS, Solveig Brøste Sletta.

– Seefood contacted us and told us that several places in Norway want “Kompani Lauritzen”. They told about the stakeholders and asked what the space community can contribute towards a new season, Brøste Sletta tells Dagbladet.

Rauma and Åndalsnes experienced good tourist attractions during the summer holidays of 2020, which Brøste Sletta credits to, among others, «Kompani Lauritzen».

– We asked them what it takes for them to come here next year and decided to do a job based on the answer, she says.

Rauma has decided to put money on the table. So far, Seefood has been promised a value package of around two million kroner, says Brøste Sletta. Among other things, NOK 200,000 of the pot comes from the municipality’s own power fund.

Read Also:  Handball: Usam Nîmes is waiting for this

It is the major travel actors in the area, the municipality itself and the destination company Visit Nordvest who have joined forces on the offer, which includes discounts on accommodation and use of recording facilities.

– This is also a bit about what type of program it is about. We had not done this for everyone. “Kompani Lauritzen” has a bit of the humor that we like here, and then the theme fits well with our attitude, that you have to do something to get things done, says Brøste Sletta.

Creative leader and partner in Seefood, Aleksander Herresthal, confirms that they are in dialogue with both TV 2 and with the authorities and business in Rauma about a season three of «Kompani Lauritzen».

– We have not decided and nothing is 100 percent in the box, but we have a good dialogue with Rauma, he says to Dagbladet.

– That we go a new round in a season three with TV 2 is completely natural. There are many aspects of the program we have created that are positive for both us and them, he adds.

Is not about the bottom line

Herresthal does not want to say anything about which actors have allegedly expressed interest in being the location for the concept. He denies that the push against Rauma is only about Seefood’s “bottom line”.

– I do not want to go into specific calculations. This is a spectacular production and it is not always so easy to make money in a whole new format. Both season one and two ended up costing more than we budgeted for in advance and it is also not necessarily the case that season three will be cheaper than season two. The collaboration is the most important thing, and the goodwill we meet in Rauma clearly has its own value, says Herresthal, and continues:

– So far, we think we have managed to top last year’s round, but it requires a lot of resources. That is why we are talking to Rauma about collaborating further on season three in Åndalsnes.

Seefood is continuously assessing how the concept can be renewed.

– Our goal is always to make the content we create the best possible, and there is a lot of innovation in moving the recording location. So it is not unthinkable, neither in the short nor long term. That said, Rauma has an incredible amount to offer and we love being there.

Can lose the competition

The general manager of Nordveggen AS, Solveig Brøste Sletta, does not take it for granted that Seefood chooses Rauma for the next season of viewer success.

– If we lose, we lose, but then we have done what we can, says Brøste Sletta about the offer package they have sent to Seefood.

She says that they have greater faith in the “Lauritzen” effect than the “Cruise” effect in the future. As is well known, the film star recorded breathtaking “Mission Impossible” scenes in the area last autumn.

– “Kompani Lauritzen” is something completely different. Of the they talk about place names and show sights. We are quite relaxed about what appears where in “Mission Impossible”, she says jokingly.