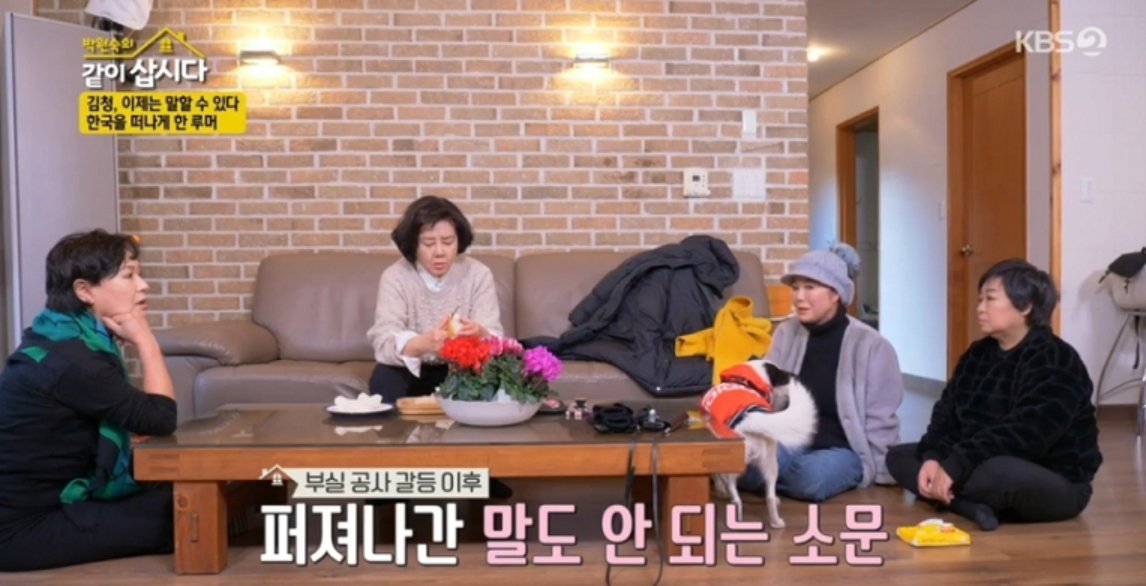 I remembered the past days when actor Kim Cheong (second from the far right in the photo) had suffered.

In the KBS2 entertainment program’Let’s Live Together 3′, broadcasted on the 1st, Park Won-sook, Kim Young-ran, and Hye-eun were drawn to greet the new family, Kim Cheong.

Regarding the opportunity to appear in’Let’s Live Together’, Kim Cheong said, “I wanted to live with my sisters and brothers who have been alone all my life as the only daughter of no man alone. In fact, I wanted to feel that kind of life,” he said. “Since my older sisters have pains in the past, and I have been sick a lot, I want to be healed at the age of 60.”

In addition, Kim Cheong said that he had been scammed at an officetel. “I used to decorate in the past, but I bought 7 officetels for my mother’s retirement. There were a lot of problems, such as insolvency, and in that situation, ridiculous rumors spread, saying that people raped me and that I imprisoned employees and wardens.”

At the same time, he confessed, “I hate Korea, so I left Korea and lived in Uzbekistan for about two years.”

Read Also:  Christina Asmus was hospitalized for an ambulance