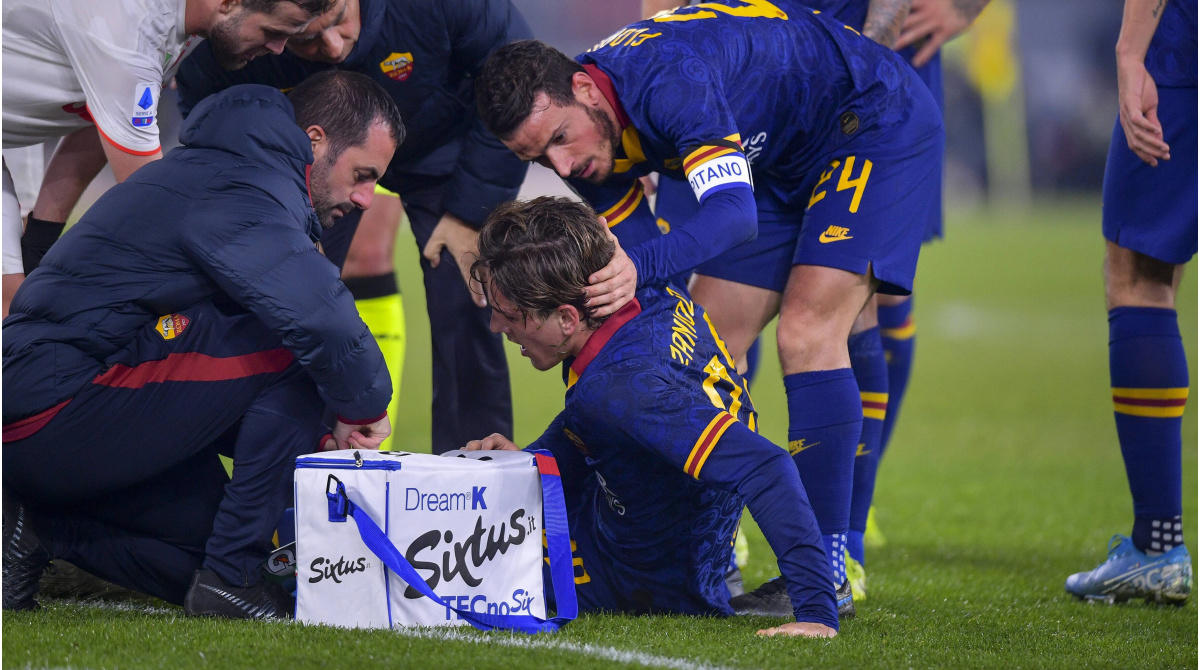 Juventus Turin has taken advantage of the little slip of title rival Inter Milan and leads the Series A now two points ahead. Merih Demiral (3rd minute) and Cristiano Ronaldo (10.) with a penalty kick paved the way for the record champions with their early goals to 2: 1 (2: 0) success at AS Roma on Sunday evening. Diego Perotti (68.) could only shorten for the hosts by penalty.

Serie A: AS Roma – Juventus

Particularly bitter for the Giallorossi: After 34 minutes it was necessary Nicolò Zaniolo (Photo) after a duel with Matthijs de Ligt hurt from place. According to the club, the most valuable player in the Roma squad with 50 million euros has contracted a tear in the anterior cruciate ligament in the right knee with a related meniscus injury and is therefore missing for at least six months. This means the EM-Aus for the 20-year-old Italian.

Juventus also had to change early after 19 minutes. Goal scorer Demiral also injured his knee and hobbled off the pitch. Further investigations on Monday should show to what extent the tapes were affected.

Since Inter had only got a 1-1 draw against fourth-placed Atalanta Bergamo on Saturday, Juve made a small cushion at the top of the table on the 19th day of the season at half-time. AS Roma slipped to fifth place behind Bergamo.