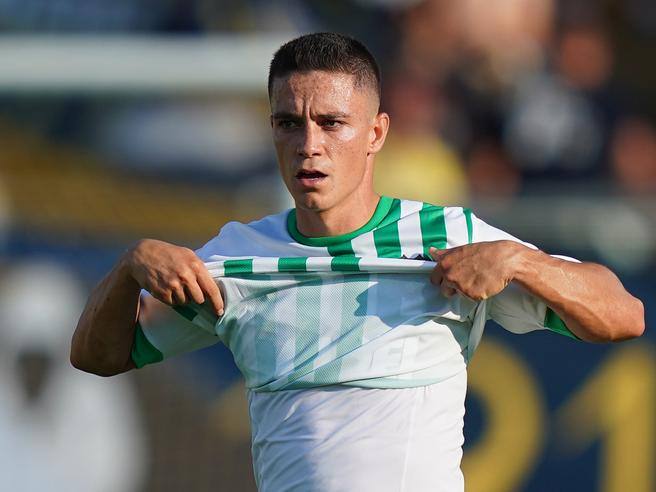 Another excellent elimination in the 32nd of the Cup, with the green-and-blacks beaten in the Emilian derby by Modena

Two newly promoted in Serie B (Bari and Modena) that make out two certainties of Serie A (Verona and Sassuolo) al first round of the Italian Cup already news, but that five out of twelve teams in the top division (Lecce, Empoli and Salernitana are also part of the eliminated club) are unable to qualify even for the round of 32 of the competition – one week before the start of the championship – even more striking. Because, if the athletic condition is still precarious, even more so on the eve of the earliest season ever, one of the keys, it is equally true that the Serie B starts next weekend.

And so Sassuolo who loses 3-2 in Modena is the most classic of the summer results, the ones you don’t expect. So much so as to make Berardi lose his temper who, in the post game outside the stadium, he reacts and chases a fan who had insulted him. And it brings with it the obvious arguments on the opportunity to deploy Raspadori, inevitably conditioned by a transfer to Naples which had been prepared for weeks, but which is struggling to materialize. We had a negative attitude – explains Dionisi at the end of the game – I am sorry but perhaps all this can help us. In recent weeks we have shifted the focus on things that do not concern us, but we need to think about the field, also why on Monday we have Juve. Modena won with merit. And on the attacker at the start: it is normal that some can be clouded and annoyed. And so Sassuolo suffers for a long time the game of Modena that goes on the double advantage with the former Falcinelli and Mosti, touches the trio, does not break up when Berardi shortens on a penalty, extends again with Mosti and manages when, 2 from the end, Sassuolo tries to reopen it with Ayhan. Too late.

Curiously, the same script of Genoa-Benevento, with the Ligurians on velvet in the first half thanks to Gudmundsson’s brace, up to the goal at the end of Glik. Genoa restores the distance with Coda’s penalty and continues to administer until the fright (again too late) signed by Karic in the fifth of recovery. Cremonese, on the other hand, continues to win after promotion to Serie A. Alvini’s team beats Ternana 3-2 with a thrill and reaches Modena in the round of 32. The grigiorossi seem to have the game in control after the first half, closed 2-0 with an own goal by Bogdan and Okereke. La Ternana brings it back on par in the first 10 minutes of the second half with Rovaglia and Palumbo, but Quagliata closes it immediately after. Bologna, who finds Mihajlovic on the bench, creates a lot but struggles to find the way to the goal. Samson succeeds in the middle of the shoot. Enough to get through the shift.