– It was probably inattention – VG 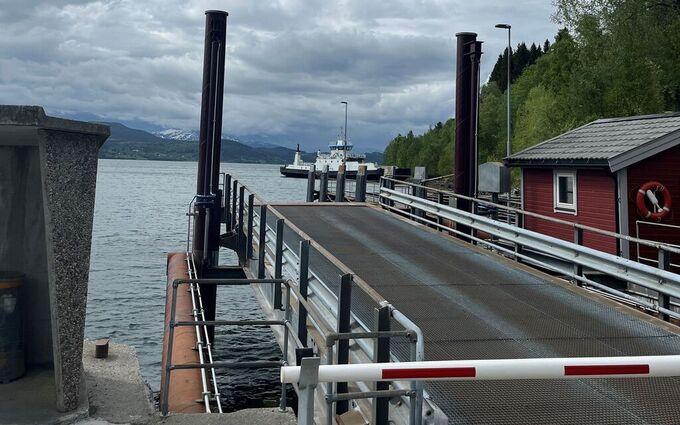 A ferry between Arasvika and Hennset on Nordmøre ran aground on Thursday near one of the ferry berths. The reason, according to the crew themselves, was that they were not attentive enough.

Only about 100 meters from the ferry berth at Arasvika ground support MF «Driva», according to the police. The incident happened around 11.30 on Thursday.

No one was injured.

– On the crossing there were 20 passengers on board and a crew of three. There are no registry injuries among them. The police have been notified and are on board the vessel, regional leader Odd Reidar Ormåsen in Fjord1 told VG an hour and a half after the incident.

At that time, all the passengers were still on board.

Ormåsen could not say anything about the cause of the incident:

– It’s too early to say. But what I can say is that no water intrusion has been registered, so the boat does not let in water, said Ormåsen, who added that their primary goal was to evacuate the passengers and secure the vessel.

At 2.30 pm, the police announced that the passenger had been evacuated.

Even think it was inattention

Half an hour after that, VG calls the telephone number the ferry company has given to MF «Driva», and asks the man who answers what happened when the ferry ran aground:

– It was probably inattention. It was nothing else.

– But it went well with both passengers and the ferry, as we understand it?

– No one is injured, and there is no water intrusion. Divers have been down.

– Can you elaborate on this with the fact that it was inattention?

– No. It was not great speed. We hit land with only 2 knots.

– Are there divers down now?

– No, but they have to look again when we get off the ferry. But now the water is sinking (it goes towards low tide journ.anm.), So we will not get it off until tonight.

– What was your name?

– Now another phone is coming here. I have to hang up.

– But you’re the captain on board?

Then the conversation with the bridge on MF «Driva» is broken.

In the pictures you can see how the ferry lies with the bow up at the shore.

The salvage boat was on its way on Thursday afternoon to pull the ferry off the ground.