ISW: Pro-Russian forces in Ukraine are in panic 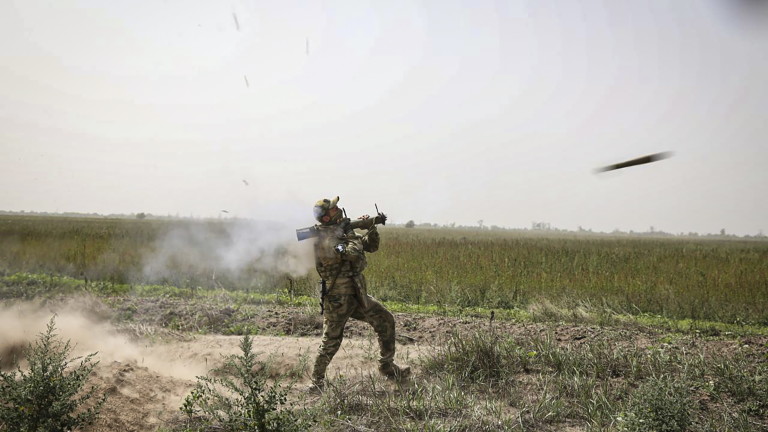 The emergency discussion of September 19 between the Russian delegates for the need Russia will immediately annex the Luhansk and Donetsk regions (much of the latter is not under Russian control) suggests that the ongoing counter-offensive in northern Ukraine scares auxiliary forces. Legislatures of Russian delegates in occupied Ukraine, Donetsk and Luhansk People’s Republics (DPR and LPR), he called on each of its leaders to hold a referendum “immediately” on the recognition of DPR and LPR as Russian subjects.

This is how the Washington-based Institute for the Study of War (ISW) begins its daily report on the situation on the front in Ukraine.

Russian propagandist and RT editor-in-chief Margarita Simonyan spoke enthusiastically about the call, calling it the “Crimean scenario”. She wrote it recognizing the busy Ukrainian land for Russian territory, Russia can more easily threaten NATO with retaliatory attacks for Ukrainian counterattacks, “loosening Russia’s hands in all respects.”

This approach is inconsistent. Russian forces do not control all the Donetsk and Luhansk regions. The Ukrainian attacks in Russia-annexed Crimea clearly demonstrate that Ukrainian attacks on the territory illegally annexed by Russia do not automatically trigger Russian retaliation against NATO, as Simonian would have his readers believe. Partial annexation at this stage would also put the Kremlin in the strange position of demanding that the Ukrainian forces free the “Russian” territory and the humiliating position of not being able to enforce this request. It is unclear whether Russian President Vladimir Putin would be willing to enter such a relationship for the dubious benefit of making it easier to threaten NATO or Ukraine escalation. something that it is unlikely to undertake at this stage.

The Russian leadership it may not have the means to try to stop the Ukrainians forces as they advance across the Oskil River in Luhansk Oblast. The Kremlin may believe that partial annexation could lead to the recruitment of additional forces from both Russia and the newly annexed Ukrainian territory. Russian forces are desperately trying to mobilize additional forces from all potential sources to replenish their severely degraded and demoralized units, but they have not been able to generate significant combat power, as ISW has repeatedly reported.

Zelensky: Russia is already in a panic on the battlefield

We warned that Russian soldiers in Ukraine have only two options, the Ukrainian president recalled

This latest discussion of annexation also excludes other parts of Russian-occupied southern Ukraine, in which the Kremlin had previously planned bogus referendums on annexation. A willingness to renege on the promise to bring all occupied areas into Russia at the same time would be a significant concession to Putin in the eyes of the hardline pro-war groups he appears to be wooing. Whether he is willing to compromise himself internally in this way remains to be seen. Kremlin delegates in the Donbass, on the other hand, regularly anticipate Kremlin communications and may have done so again as they struggle to keep the territory occupied in the face of Ukraine’s successful and ongoing counteroffensive.

The recent successes of the Ukrainian counter-offensive are further reducing the already low morale among Russian units that were considered elite before February 24. Independent Belarusian media Vot Tak published images of intercepted documents left by Russian soldiers of unit 31135 of the 1st Motor Rifle Regiment of the 2nd Guards Motor Rifle Divisionas they flee en masse from the Raisins.

The signed documents (dated August 30, prior to the Ukrainian counter-offensive in Kharkiv on September 7) include written requests to the commanders of unit 31135 to fire the letter writers for the constant “physical and moral fatigue”.

This was stated by Ukrainian intelligence 90% of the personnel of the 1st Motor Rifle Regiment wrote damning reports on the state of morale as early as 23 May 2022.

The 2nd Guard Motor Rifle Division is one of the three divisions of the 1st Guard Tank Army, which before the current war in Ukraine was considered the main Russian mechanized force and was to be Russia’s key force in conventional warfare on a large scale with NATO.

To avoid the chaotic escape as happened in the Kharkiv region

Ukrainian forces they probably continued their progress the east bank of the Oskill River on 19 September. A Russian military blogger says Russian troops destroyed a Ukrainian group in Dvorchno, a village on the left bank of the Oskil River near the Kharkiv-Luhansk border and about 40km south of the Russian border.

Another Russian source noted this in the same way Russian forces destroyed a Ukrainian jetty crossing nearby in Dvorchno and that Russian sabotage and intelligence groups operate in the area.

These unconfirmed Russian claims suggest this Ukrainian troops continued limited and localized operations to cross the Oskil River and threaten Russian positions on the opposite bank. A Russian source further noted that Ukrainian troops were strengthening their grouping in the Kharkiv region using captured Russian T-72 tanks, suggesting that the initial panic of the counter-offensive had pushed the Russian troops. abandon higher quality equipment in order, and no more damaged equipment left by Russian forces retreating from Kiev in April, further indicating the severity of the Russian defeat.

Geo-localized combat footage confirms this Ukrainian troops have retaken Bilogorivkawhich is located along the border between the Donetsk and Luhansk regions and 20 km from the Lisichansk-Severdonetsk region.

The Ukrainian military remained operationally silent on the progress of Ukrainian operations in southern Ukraine on 19 September, noting that Russian forces continue to make efforts to improve their defensive positions.

There are dead and wounded

Ukrainian and Russian sources identified three areas of kinetic activity on September 19: northwest of the city of Kherson, near the Ukrainian bridgehead on the Inhulets River, and in the northern part of the Kherson region near Olkhine. Russian millibloggers reported that the front line had not changed northwest of the city of Kherson on September 19 and official Ukrainian sources reported that Ukrainian forces had consolidated their tactical positions along the front.

The Southern Operational Command of Ukraine reported that Ukrainian troops have pushed back Russian reconnaissance groups in the Arkhangelsk region (northern part of the Kherson region).

Shooting from social networks separately confirmed the presence of fighters from the private Wagner military company in Arkhangelsk on 19 September.

Russian forces did not launch ground attacks in the Zaporozhye region west of Hulyapole and continued routine bombing of Ukrainian positions on 19 September.

France in Lavrov: the situation at the Zaporizhia nuclear power plant is critical

The French Foreign Minister has invited Iran to accept the nuclear deal: there will be nothing better

The head of the Ukrainian regional state administration of Zaporizhzhia, Alexander Starukh, announced that Russian S-300 missiles have hit a transformer substation and several villages in the central Zaporizhzhia region.

On 19 September, Ukrainian official forces reported several Russian attacks on the city of Mykolaiv and surrounding areas. The Southern Operational Command of Ukraine reported that six S-300 missiles and three Smerch missiles (MLRS) hit industrial and civilian facilities in the city of Mykolaiv on 19 September. The Russian strikes damaged several buildings and a segment of the city’s tram network.